By Science,Health&Discovery (self media writer) | 1 month ago

Raila Odinga, leader of the Azimio, has praised Senegal for advancing to the round of 16 at the 2022 World Cup.

Raila expressed his awe at the game in a statement released on Tuesday, not long after the African team advanced to the next round.

"Okay, we're in. What a magnificent football performance by the Lions of Teranga, who have brought honour to our continent. Senegal, you made it to the Round of 16 at the #FIFAWorldCup, so congrats to you! "It was his words. At the Khalifa International Stadium, Senegal advanced after Kalidou Koulibaly thwarted Ecuador. 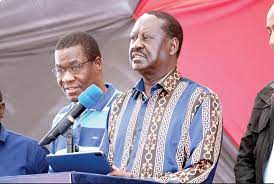 This past Sunday, November 20th, Raila declared that he would travel to Qatar to see the finals if an African side qualified.

"If an African team makes it to the finals, I have promised them I will be in Qatar to cheer them on. I plan on competing in the finals and the semi-finals "It was his words.

He prayed for all of the teams competing in the World Cup.

"I must start by stating we are supporting the African teams and we hope and desire that this time our teams progress beyond the group of 16, to a group of 8, then to the semi-finals," he stated.

Other prominent figures, such as Speaker of the National Assembly Moses Wetangula, have also expressed their delight at the victory of Senegal.

Well done, he tweeted to @FootballSenegal. 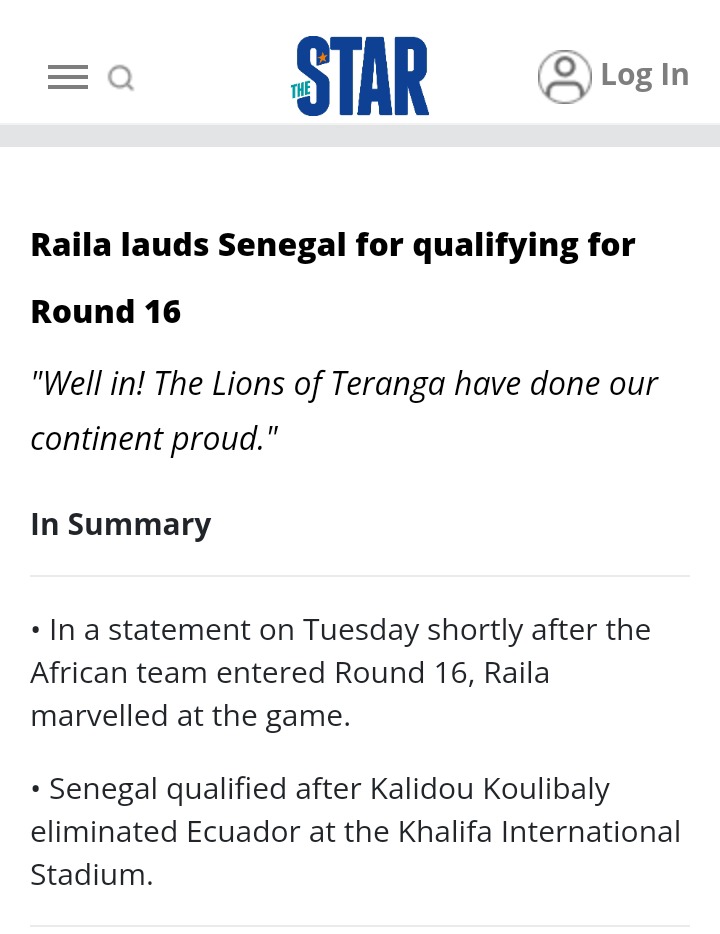 "I will cheer for any African sports team. That Senegal made it to the tournament is something I've been celebrating greatly. Prior to the performance, I caught an episode of Senegal "During an interview with Citizen TV, he made these remarks.

Content created and supplied by: Science,Health&Discovery (via Opera News )