By Dogecoin (self media writer) | 4 months ago

Ivorian striker and Chelsea legend Didier Drogba, could not hide his joy when Chelsea agreed on transfer terms with a former teammate. Drogba who is considered the best forward in recent Chelsea football club history, posted on his Twitter account showing his eagerness on the transfer target featuring for Chelsea. 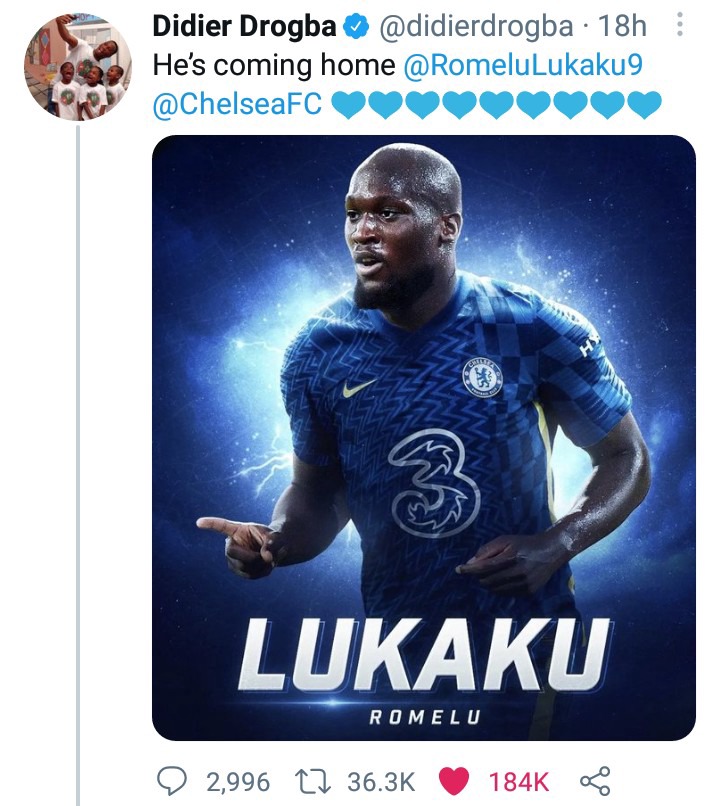 Drogba who played alongside Romelu Lukaku during his first tenure at Chelsea, welcomed the Belgian back to the club in style. Chelsea and Inter Milan have agreed on a € 115 million transfer fees for the striker. Drogba's post confirms that the 28 striker's move to Stamford Bridge is inevitable. 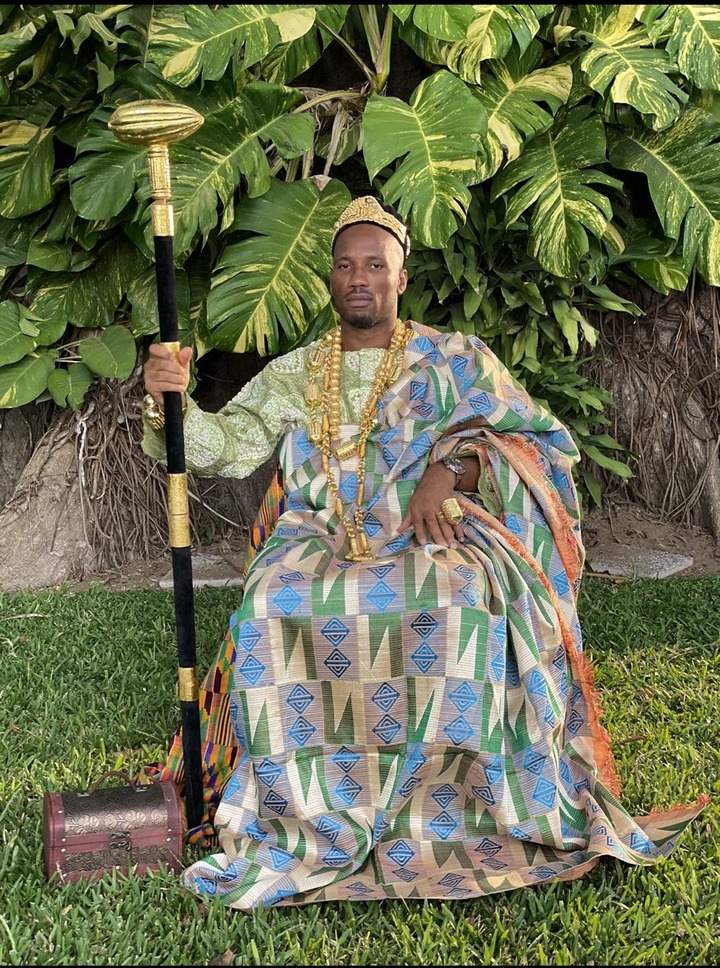 Drogba who last featured at the club last at the 2015/2016 season is the last Chelsea player to win the golden boot. Chelsea have since been without a top firing striker who would grace the Stamford bridge just like the Ivorian did. Romelu lukaku's resigning might bring Chelsea back to contesting for the golden boot.

Chelsea's move on Lukaku means that Abraham might have to exit the club if he wants a plenty playing time. The move would also mean that Chelsea are not interested in expensive Erling Haaland who was the priority target this summer.

"The Killer Police Officer Was a Womanizer and Cheated on Pregnant Wife, Witness Reveals