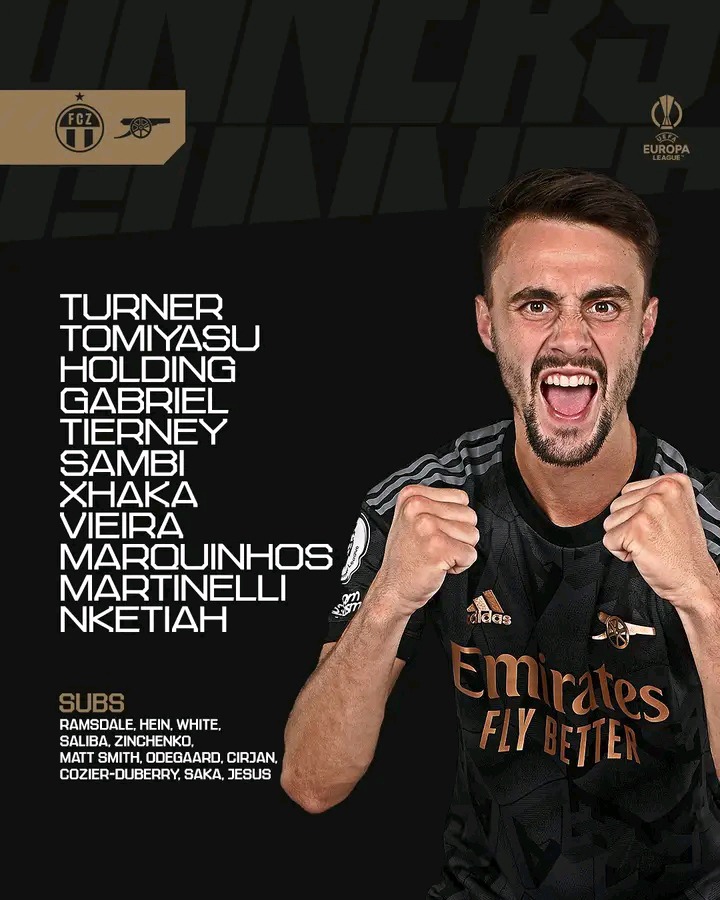 Tonight, Arsenal faces Switzerland side Zurich FC in their first Europa League Clash. The two teams are looking forward to having a good start and the winner between them will take the lead. For this match, Arsenal boss Mikel Arteta has decided to show new faces where most of the new signings are expected to start.

Between the goal posts, the American international Matt Turner will today replace the number one choice Aaron Ramsdale. Since coming to Arsenal, Turner only started a single game during the Pre-season campaign and is set to make a full appearance today.

Apart from Turner, the 19-years old Brazilian Marquinhos is another profile to consider in today's match. He has lately been making constant appearance in the club's Under-21 where he has shown his quality. Today, he is set to start for Mikel's boys ahead of Bukayo Saka.

On the list, the Portuguese midfielder Fabio Vieira, whose debut had been long awaited before taking his chance against Manchester United last weekend is also starting tonight for Mikel. This gives a huge boost for Mikel Arteta in his squad depth compared to last season where he had to feature most first team players of the premier league into the Europa League.

Can Mikel get outclass Zurich with these new faces?

Kenyans Reacts After Gedion Moi Was Spotted With The Following Leaders