By ModernRogue (self meida writer) | 28 days

Chelsea will be playing Leicester City in the Premier league on Tuesday night. The two clubs met in the FA final some few days ago and Chelsea was thrashed by a goal to nil. 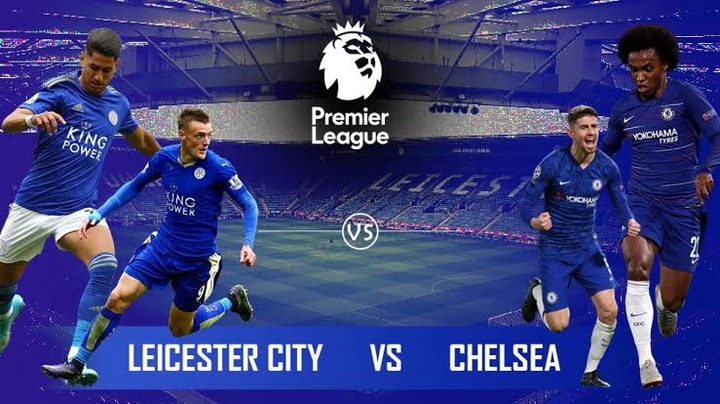 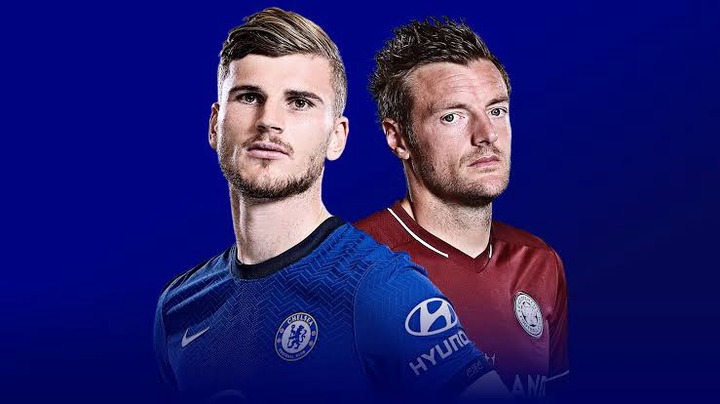 In her post, Radull had listed the fixtures which were going to be played on Tuesday night. Her final words were poised as a question asking whether Chelsea was going to overcome the FA final heartbreak by beating Leicester. 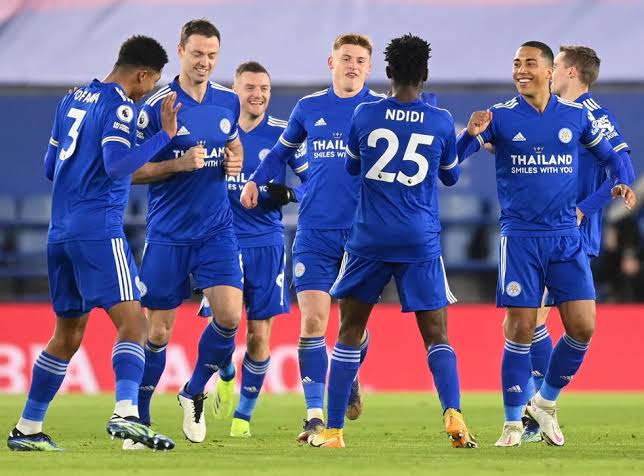 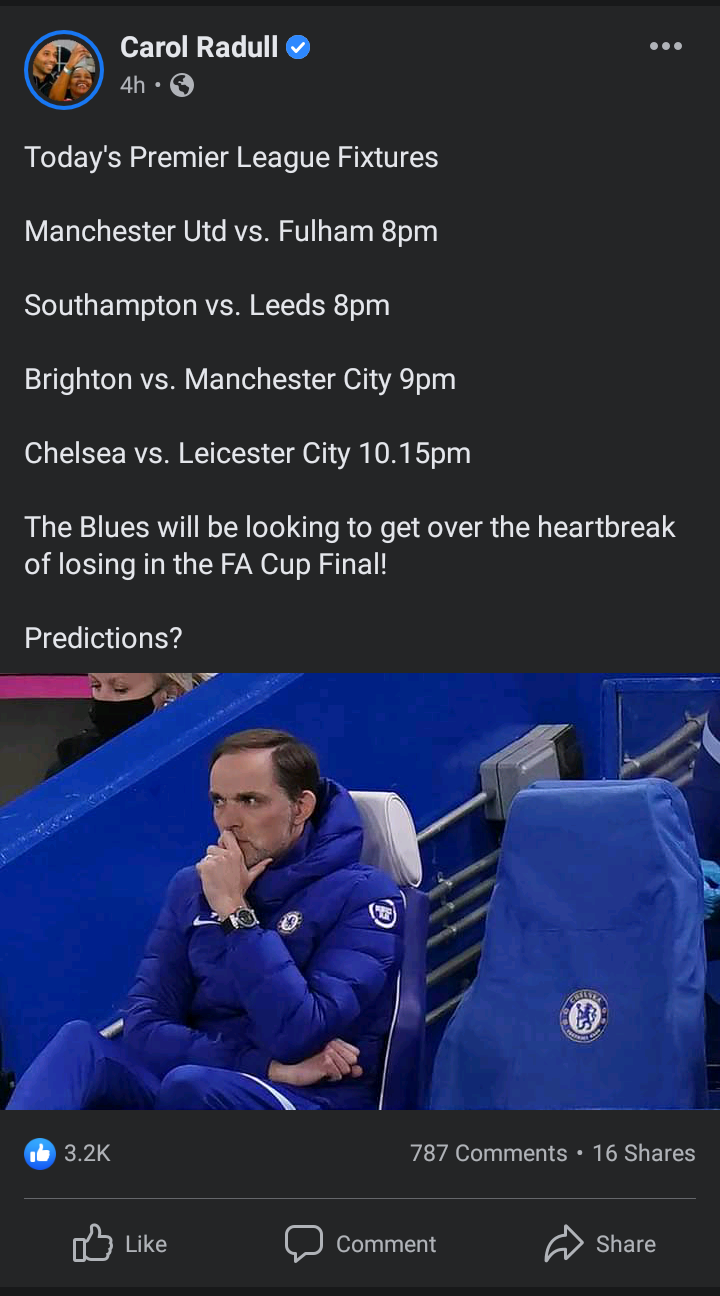 Churchill left a comment saying Chelsea fans are still recovering from the FA final beating and are still avoiding things that stress them out like tonight's match.

See the reactions from netizens down below:

Do you think Chelsea will win tonight's match? If Chelsea loses they might as well miss next season's Uefa Champions Leagud if they happen to lose to Manchester City in the finals.

Clothes That Your Baby Boy Can Wear

11 Beautiful Names from the Bible for your Daughter

"Pride Comes Before A Fall" Netizens React After Shafie Weru Did This.

Zora Finally Learns Of Fela's Motive, Here Is What She Did

A Kakamega high alumni who is currently sending waves in the FKFPL, with his precise assists