A host of English Premier League matches were played over the weekend and currently there is only one remaining.However all top teams have already played and so we are able to come up with a team of the weekend. 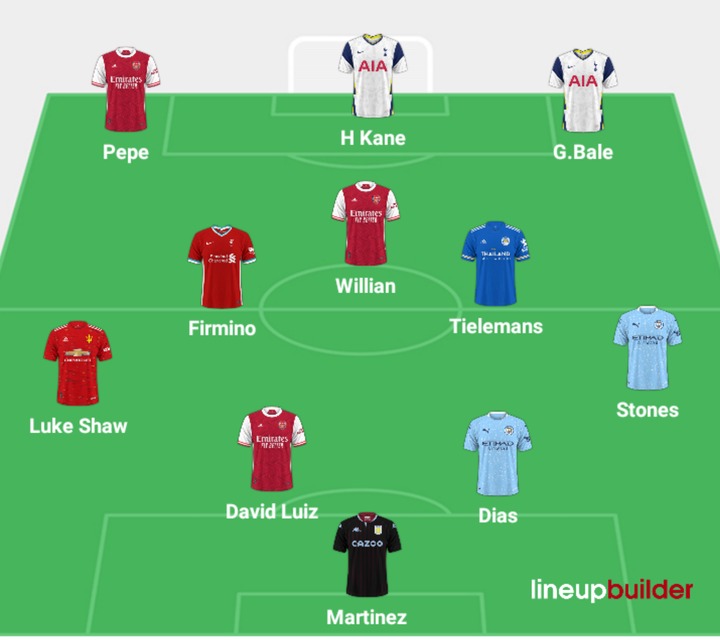 Nicolas Pepe is my choice for the wing after the goal he scored yesterday.Despite not getting a lot of matches, the goal,he scored helped Arsenal to seal all the three points.He combine with Willian who was the chief supplier for the day having given the team two assists.

Harry Kane at centre forward is merited as he is the forward from top teams who scored yesterday.He hadn't scored a lot since coming back from injury.Gareth Bale also scored a brace in a season where he has been judged a lot.Thats why I pick them both.

Roberto Firmino for scoring and ensuring that Liverpool bagged all the three points.The team had gone through a series of four successive losses.Yourie Tielemans scored a beauty despite his team losing later.

Ruben Dias and John Stones all scored against Westham on Saturday.They didn't keep a cleansheet but all the same thanks to their defense.David Luiz scored the equaliser against Leicester while Luke Shaw was superb for Manchester in the barren draw.Emilaino Martinez had a couple of saves to deny Leeds United.