Ronaldo pictured doing this after he was subbed of, what a special player he is

Ronaldo mentality is something to admire. His nature and winning mentality always puts his side at a better chance of winning a games and no doubt he is up there among the greatest footballers of all time. Ronaldo netted his first Champions League goal after making a sensational comeback after just 12 minutes of action. 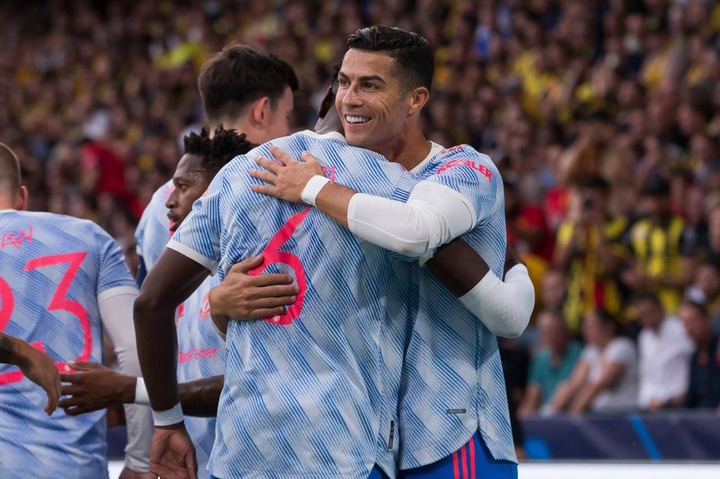 Despite Ronaldo giving Ole's men an early advantage and United fielding a very strong lineup, they ended up losing the game to Young Boys. Manchester United will argue that they were playing 10 aganist 11 men but still with the quality they pocess, losing was not on the cards. 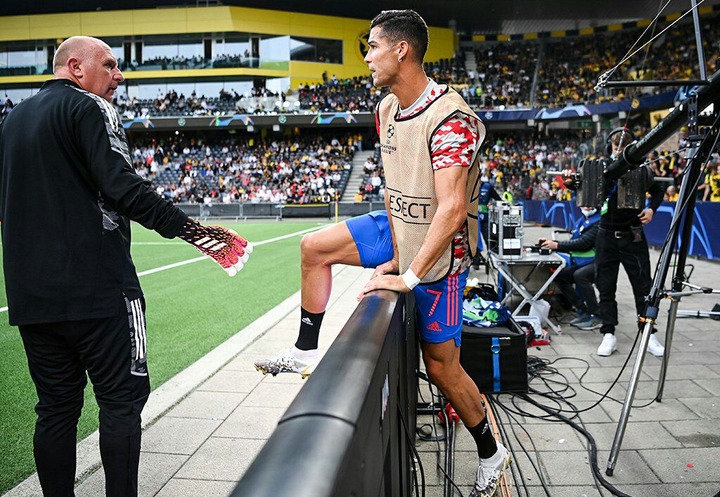 Ronaldo was subbed off alongside Bruno Fernandes i the second half. The 36 year old Portuguese did not go to sit down and see the game out from the comfort of his seat like many players do. Ronaldo wore his jacket and was on the touchline alongside Ole giving out instructions and encouraging his team to play on. 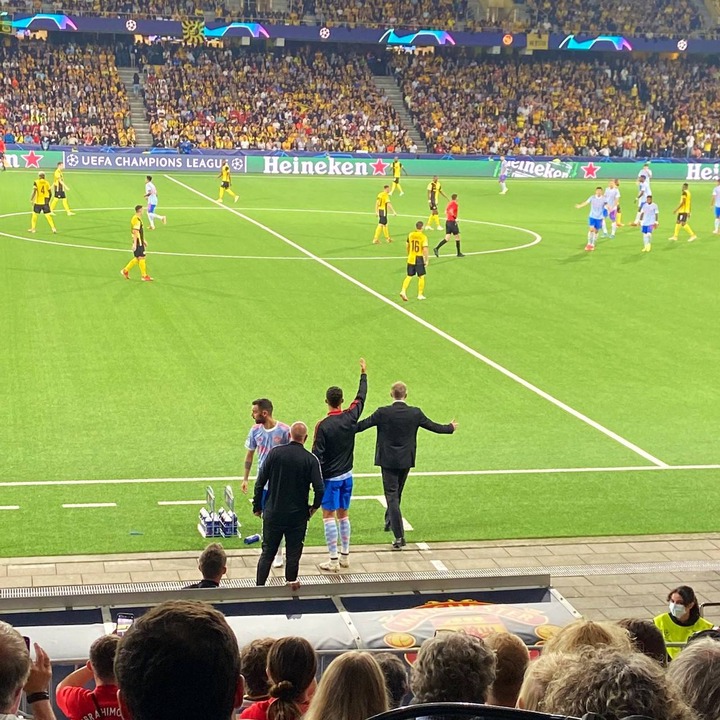 Ronaldo giving instructions to Manchester United players after he was subbed of.

Things did not go his way though after an error from Jesse Lingard led to a final minute winner. Manchester United now sit at the bottom of their group and they will need to work a lot harder if they want to win the trophy.