By Thwahirmuid (self meida writer) | 21 days 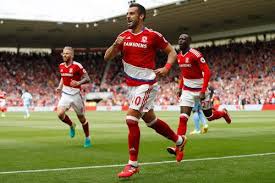 Only 40% of Blackburn and Huddersfield's last ten games ended with both teams scoring, so it's highly doubtful this match will end like their last five head-to-head matches.

Both Teams to Score in the Game

Bournemouth has scored first in the last five out of six wins, except for when they played against Norwich. Brentford also scored second in two of the last four draws they had.

Content created and supplied by: Thwahirmuid (via Opera News )

What Harambee Stars Fans Are Proud Of.

Why Nyayo Stadium Can Not Host Night Matches

Sunday's Must-Win Matches To Rely On

Football players Who Died on The Pitch