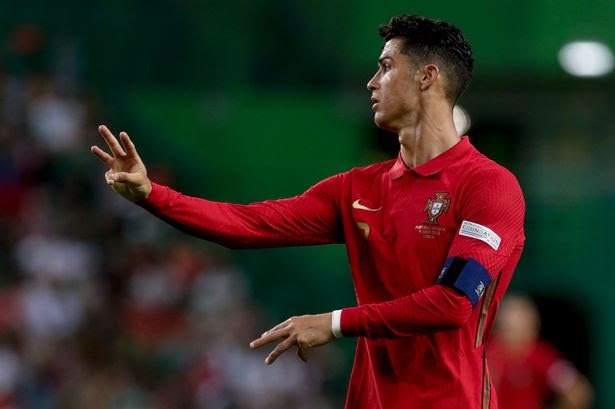 As the clock is ticking, days are melting and the premier League 2022/2023 seasoning is beckoning.

In less than one and half month the premier League will resume and thus the need for clubs and players to hurry in the transfer window for them to complete transfer deals as soon as possible.

One of the most popular transfer deal that hads captured the attention of not only EPL fans but all football fans across the globe, is the Cristiano Ronaldo's latest news.

According to Goal.com, Ronaldo has revealed that he doesn't have confident that Manchester United will be in the list of EPL tittle contenders next season; to add the salt on the wound he has requested Manchester United's Board to allow him to leave Manchester United if they receive a satisfactory bid before the closure of the transfer window.

It is understood that Ronaldo want to play in Champions league next season. Since his move to English football in the summer of 2003 from Sporting Lisbon, Cristiano Ronaldo has played 19 consecutive champions League seasons in his career.

This means he have never missed in champions League, even a single season, something that is going to happen next season if he stays at Old Trafford.

However, Ronaldo is keen at ending his career at the world's largest football stage, Championship league.Therefore, he is keen to exit Man United and join another side that will be participating in Champions league next season.

According to Football London.com, Chelsea have already expressed their interest for the Portuguese's international, and the are preparing to submit a bid for the forward as soon as possible.

Therefore, if Chelsea submit a suitable bid for Ronaldo, they could easily get his signature. However, we still need more confirmations for this deal from both sides

Uhuru Kenyatta Reveals What He Managed to Do More than Kibaki, Moi and Kenyatta During an Interview