By TouchLineUpdates (self media writer) | 8 days ago 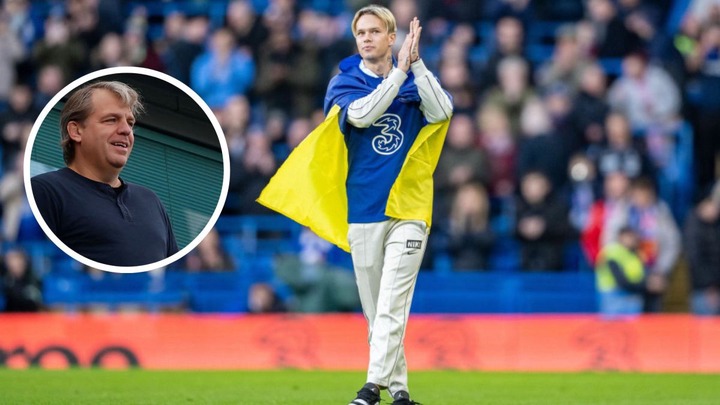 With the recent arrival of the likes of Mudryk and reports also suggesting a renewed deal for World Cup winner Enzo Fernandez, rival fans in the Premier League are scratching their heads wondering how could Chelsea spend that much in a single transfer window.

The three main reasons Chelse is avoiding FFP sanctions despite largely spending a lot of money on player transfer in the current transfer window are; Roman Abramovich's promises, new FFP Rule regulations created due to the pandemic, and amortization.

First of all what exactly did Roman Abramovich want to be promised before agreeing to a sale deal with Todd Boehly and his consortium?

Looking back to the sanction period during the beginning of last year when Boehly assumed the role of the major shareholder with his consortium, the club was seemingly in a financial crisis. To keep things simple Roman Abramovich cleared Chelsea of debt of up to pound 1.6 billion before handing it over to Todd Boehly. The promise of not taking dividends out of the club for a period of the first ten years and most important, pound 1.75 billion out of the 4.25 billion was needed as a promise and guarantee that the investor will be pumping into the club in the ten-year period. This runs from the first team investments to the other sectors like the youth, women, and stadium development.

Moving on, how has the Covid pandemic in relation to FFP rules favored Chelsea to spend more? The Covid pandemic generated a revenue crisis for clubs as fans weren't allowed in the stadiums, which fairly created difficulty in clubs complying with FFP rules. Initially, FFP used to look at profit and losses over a period of three years and clubs were not permitted to lose more than euro 30 million in that spell. However, the arrival of covid-19 meant a change in that regulation as now clubs are given a longer period to meet payments in transfers and wages as the financial year 2020 was postponed. This means that in the new rules, the years 2020 and 2021 will be assessed together as a single period meaning the clubs are allowed to incur losses of up to euro 60 million. 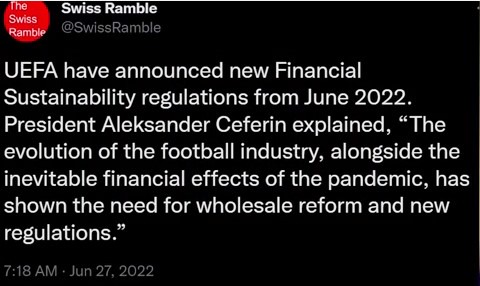 That's how the rules work in the Champions League which is different from the Premier League where clubs were allowed to lose up to euro 105 million in three years rolling period. Chelsea's operating losses were around euro 387 million since the accounts were first published during the year 2021. However, the club was allowed to claim a substantial amount due to losses from revenue amid the pandemic and the sanction period which meant no sale of club merchandise and also no fans permitted in the stadium.

The next subject allowing Chelsea to freely spend huge on player transfer without fear of FFP sanction is amortization. Amortisation is the reduction of the value of an asset by prorating its cost over a period of years, where the transfer fee plus the player's wages for the year is divided by the length of the player's contract. This works as the players tend to retain their market value if they are tied down to longer-period contracts.

In conclusion, it's very clear why Tod Boelhy and his consortium bought this club. There's a lot of potential in terms of revenue generation in this club but only when approached with a sound strategy as we've seen developing here. Obviously, it's clear that this strategy also has a risk side to it, when the young players don't really develop to their potential, it's very likely that you can never get back the sum you invested in them. That doesn't seem to be the case for Chelsea with a number of big earners expected to leave the club comes to the summer transfer window. 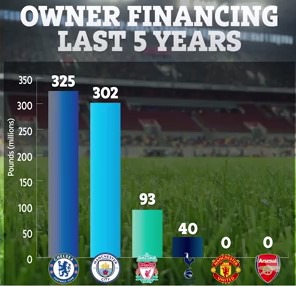 Players like Goginho, Ziyech, and Pulisic are some of the names rumored to be targeted out of Chelsea books come the end of the season. But it won't come as a surprise to see some valuable members of the academy being cashed in as a way to maintain the balance in the financial books.