By Hittingnews (self media writer) | 2 years ago 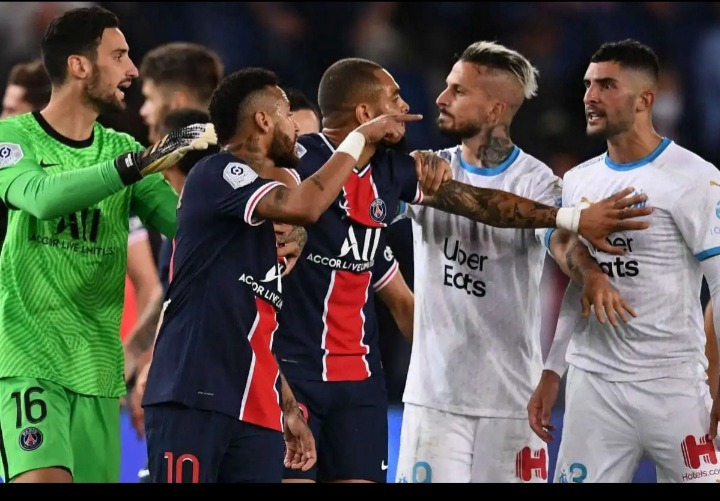 The picture above shows the players of PSG and Marseille in fight.

Yesterday night it was a big blow to PSG as it suffered defeat at home.It lost to Marseille by a clean sheet of 1-0 being its first game of this season. Showing how unpreparedness PSG was.

The PSG chief said that the situation could have been avoided with the different referee. Leonardo also said that they lost their minds when five players were sent off in their defeat at home.

Leonardo chose not to to comment on the allegations by Brazilian star.But instead criticised the Parisians for their actions in the game ending with fight.

This fight was serious but this is supposed to be managed internally. Its is done by talking to their players.

PSG side Neymar, Layvin and Leandro were sent off while from Marseille Jordan Amavi and Dario Benedetto were given red cards. This was abig blow. What do you think about all this red ?

For all these yellow cards, it means that the game was out of control. This means the referee was unable to manage the behaviour of the players.

We will not blame the referee much but to some extent players are to be blamed on their bad behaviour in the field.

What do feel?who to be blamed?