Manchester United fans are more than happy to welcome the good news that comes from their club. The club has already made an effort in two deals which are expected to be announced by Friday. Reports from Spain has confirmed that the red devils has already agreed a deal to sign Barcelona star De Jong.

The club has also made a shock signing of Feyernood left back Tyrell Malacia. The 22 year-old will replace Alex Telles who is on the release list. The two deals are expected to be announced by Friday according to football analyst Fabrizio Romano. 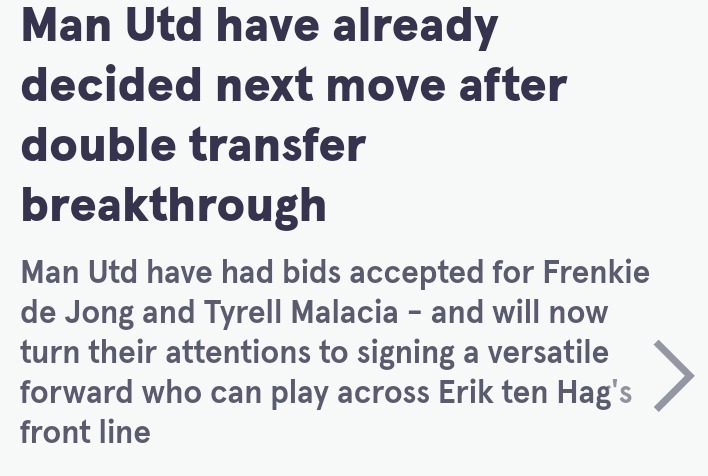 The club will not break and will continue hunting for more players. This comes after Ten Hag ordered the board to complete Antony deal. The Brazilian will be a versatile player who will play in any of the numbers in front. Manchester United are experiencing a hard time to convince players since most of them want champions league football.

Other players that are linked to Man United include Marco Asensio and Bayern Munich star Serge Gnabry. The red devils are keen to bolster the forward line.Once the two deals are announced,United will turn their attention to signing a versatile forward who can play in a number of positions across the front line.