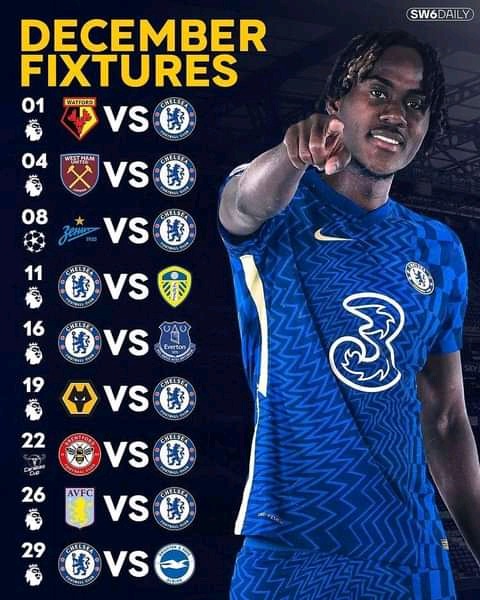 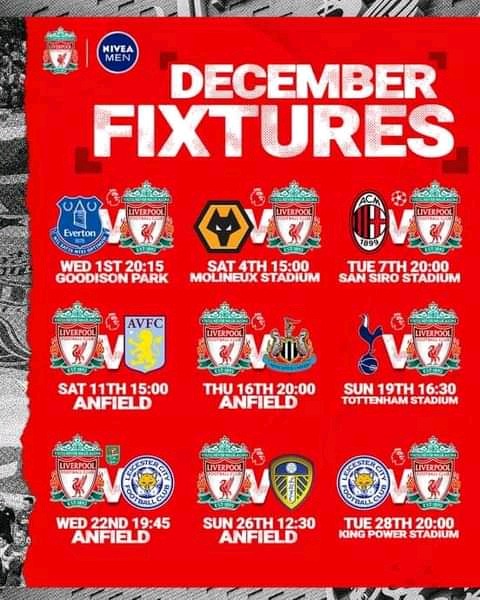 Liverpool will visit Goodison Park on Wednesday 1st Dec in a Mersey-Side Derby before traveling Molineux Stadium to face Wolves in an EPL clash. Liverpool will square off against Ac Milan at San Siro in their final Group C UEFA Champions League fixture on 7th Decbefore hosting Aston Villa at Anfield in EPL on 11th December. Liverpool will host Newcastle United at Anfield on Thursday 16th Dec in EPL before visiting Tottenham on 19th Dec and hosting Leceister City on 22nd December. Liverpool will finish 2021 fixtures by hosting Leeds United on 26th December and visiting King Power Stadium on 28th to take on Leceister City. Liverpool are likely to scoop around 15 points in December Premier League fixtures while Chelsea are likely to struggle and drop over 20 points due to fatigue.