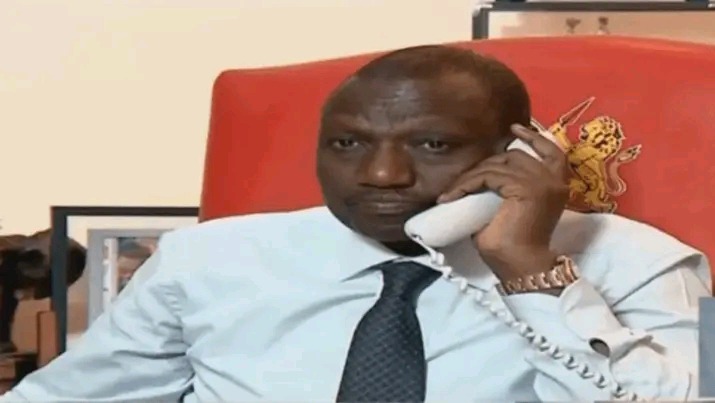 The Deputy President, Dr William Samoei Ruto apparently had rough times trying to identify the most appropriate running mate between Rigathi Gachagua and Prof Kithure Kindiki. The two had remained the most preferred running mate options for the Kenya Kwanza team and DP Ruto had to make a choice from the two so that he can beat the submission deadline set by IEBC.

DP Ruto had initially dismissed reports that the selection was a tough task claiming that it was the simplest for him. He initially made fun of the Azimio La Umoja One Kenya Coalition which resorted to interviews so as to identify prospective politicians before making a choice .

However, details revealed that William Ruto had one of the toughest times during the selection. According to the newly selected running mate, Rigathi Gachagua made at least 30 calls to various counties before settling for him.

In each call, Gachagua alleged that DP Ruto put them on a speakerphone and collected their views. 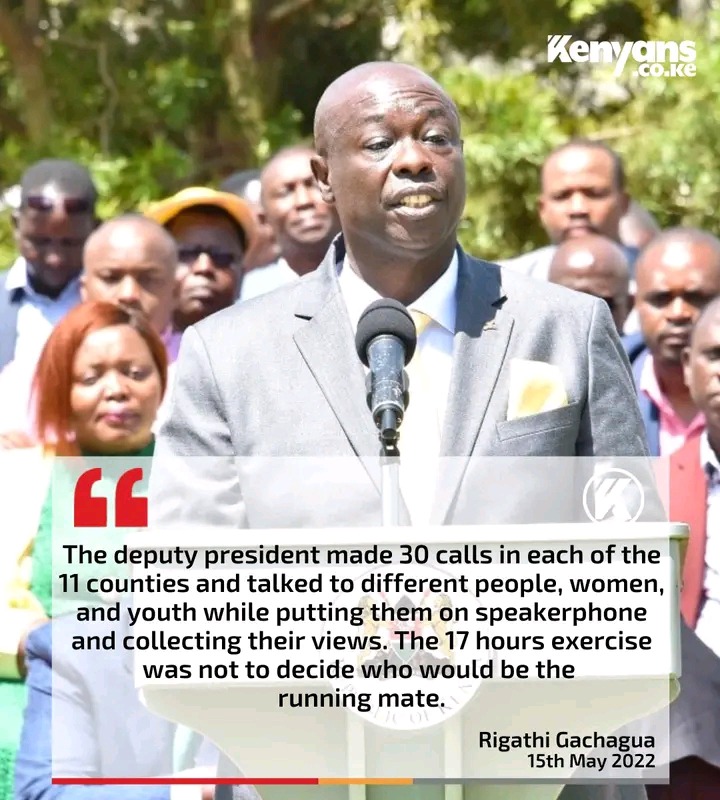 It is alleged that Tharaka Nithi Senator Kithure Kindiki was voted in as the most preferred candidate. However, those who vouched for Rigathi Gachagua argued that Kindiki had no grass root mobilisation ability .

Here are some of the reactions from Netizens. 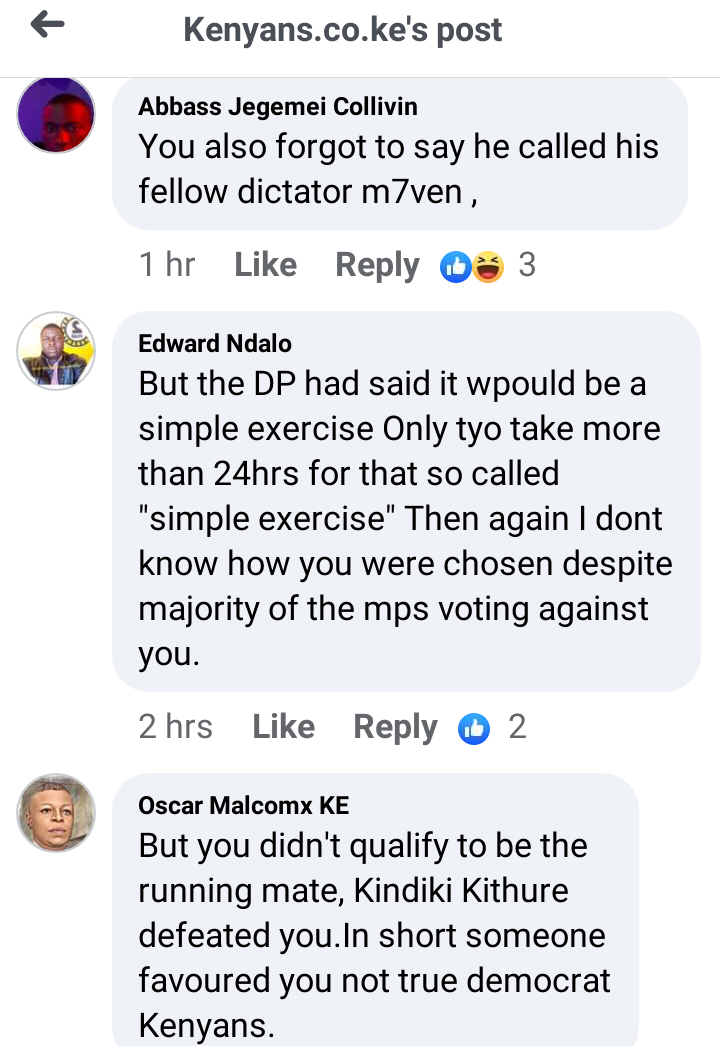 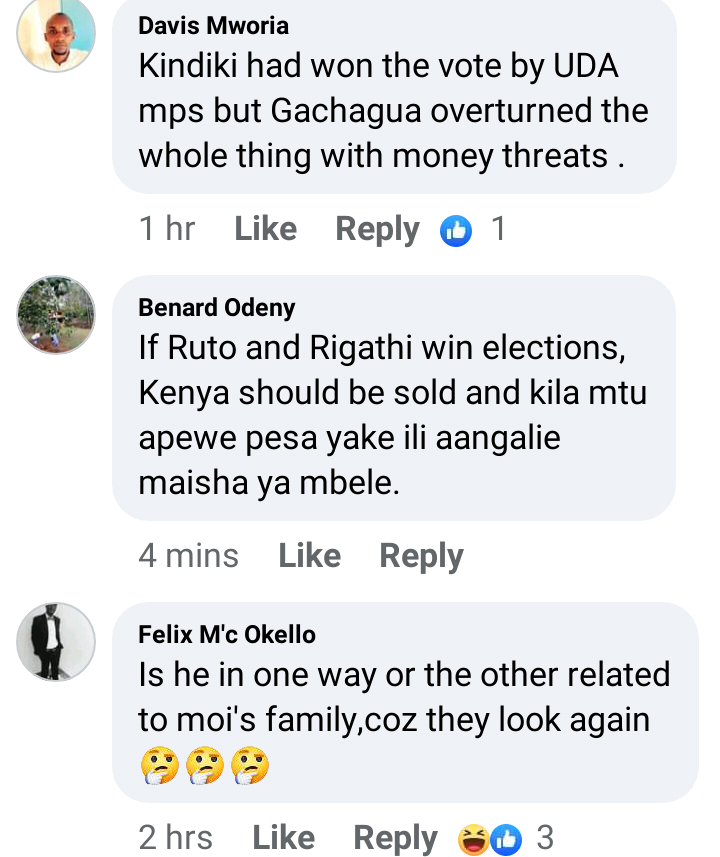 Manyora, Predicts What Might Happen To Sakaja Political Career And Advises Him What To Do This Early

Raila's Daughter Decides to Open a Company, Here is What It'll be Dealing in

"I Know All Your Secrets, You Will Regret" Sakaja Drops a Morning Shocker To Uhuru Kenyatta.