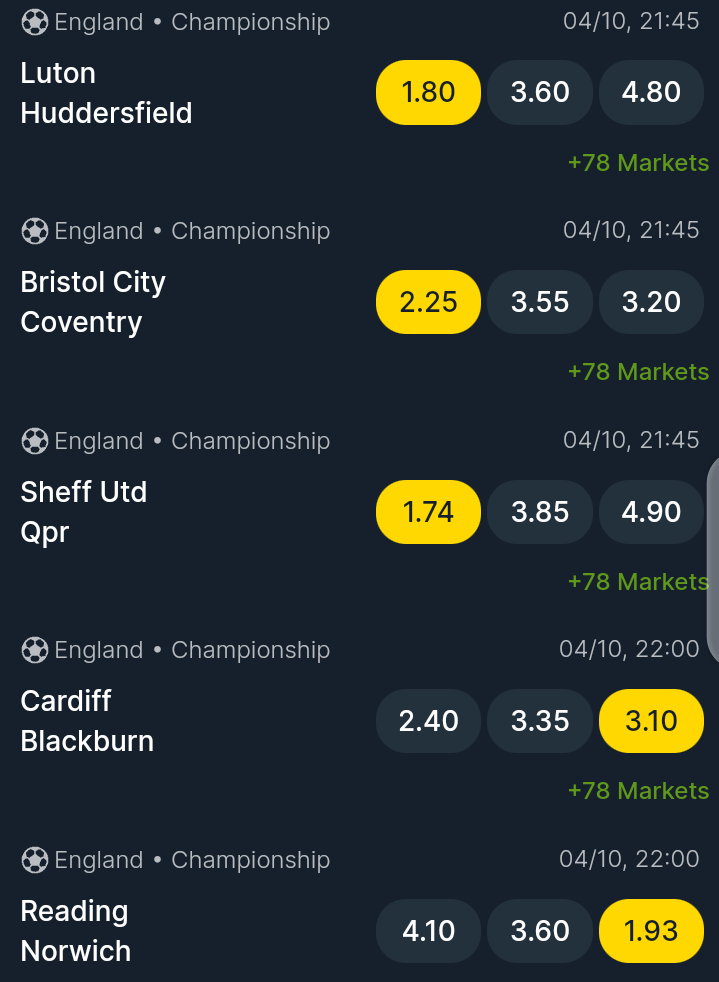 Five of the last six meetings between these two sides have been settled by a one-goal margin.

Cardiff have won one of their last eight Championship matches.

Blackburn are unbeaten in their last seven matches against Cardiff (W3, D4).

Four of Blackburn’s last five victories have been by a one-goal margin.

Bristol City have seen over 2.5 goals scored in six of their last seven matches.

While the Robins have the Championship’s joint-best attacking record this season, only Hull City can top their tally of 18 goals conceded.

Coventry City have seen over 2.5 goals scored in five of their last eight games, winning one.

Huddersfield Town have lost four of their last five games, and have suffered seven defeats in 10 league matches this campaign.

The hosts have only suffered one loss in their last seven games, recording four wins.

Norwich have won their last three consecutive away matches.

Norwich are unbeaten in their last seven matches against Reading (W6, D1).

Both teams have scored in the last 11 meetings between these two sides.

What President Ruto Is Set To Take Over From Uhuru Kenyatta Today Since Assuming Office.