Tonight's Free Multibets To Cash On

Zenit St Petersburg should not be underestimated when in-form Juventus travel to Russia for a pivotal Champions League Group H clash on Wednesday.

The Russian champions are level with the Old Lady on three points apiece after two matchdays with the two sides having enjoyed contrasting fortunes against the other teams in the group.

While Juve began badly with a 3-0 reverse at Malmo, Zenit were pushing Chelsea all the way in a narrow loss at Stamford Bridge. Then, a fortnight later, Zenit battered the Swedes 4-0 at home as the Turin giants turned the holders over with a tactical masterclass.

Sitting deep was the key to Juve’s win over the Blues, but we don’t think they can expect to win that way against Zenit, nor is Massimiliano Allegri likely to play for a draw. Zenitchiki are an attack-minded side that have come unstuck in their last two outings when a red card at home to Sochi cost them dear prior to Arsenal Tula’s stunning 90th minute winner last Saturday. 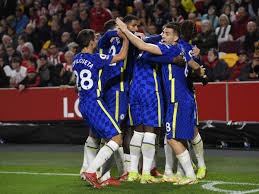