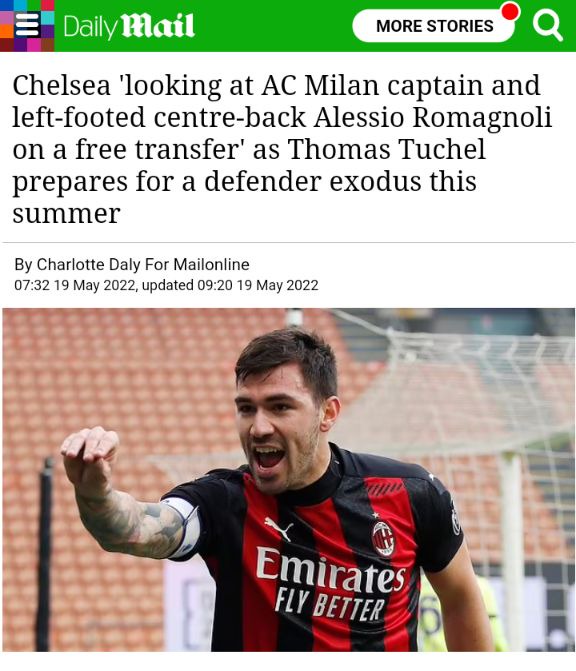 Chelsea are confirmed top four club this season ahead of a next game of the campaign. The blues are set to face Leicester City today in a Premier League game which carries no much weight. In their bid for a qualification to Champions League football next season. 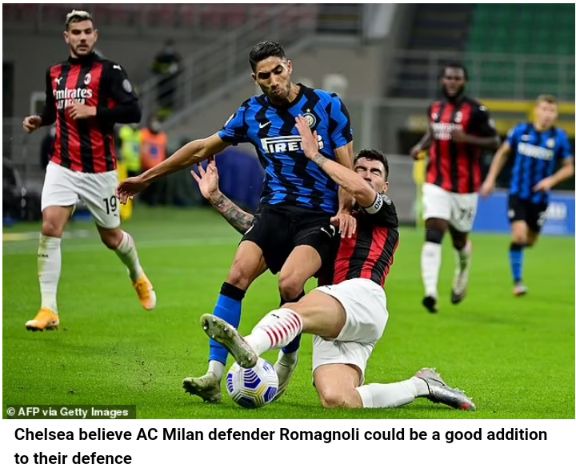 Meanwhile the manager Tuchel, is desperately preparing to set his squad right for next season. As this campaign missing out on Carabao Cup, FA Cup and Champions League trophy as well. 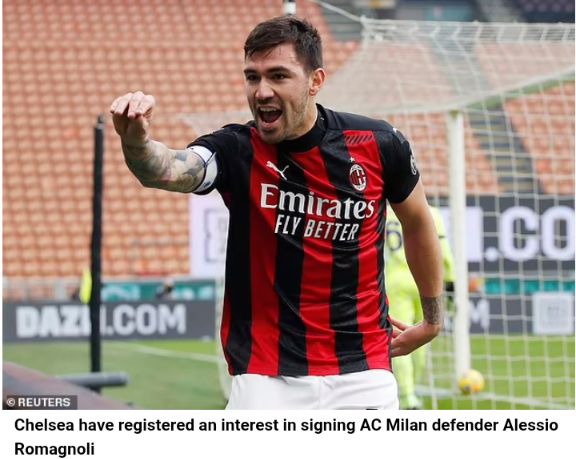 These can be corrected by having a successful summer window to bring in high profile players. But unfortunately for the blues a reliable pair of Christiansen and Rudiger. Have their contract set to expire this June and have been rumoured. To be joining the Laliga giants Real Madrid and Barcelona respectively as per the Daily Mail. 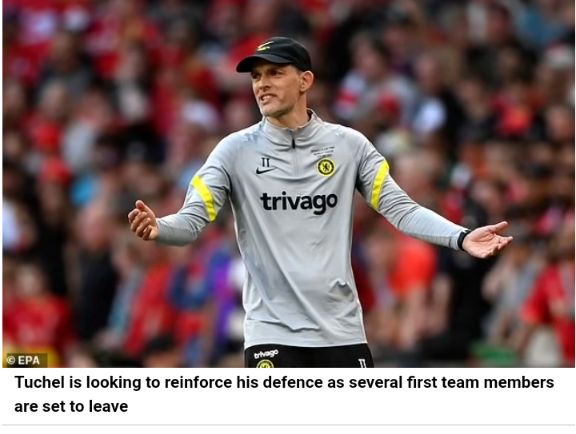 And now in a move to try replace them, the Chelsea manager is having plans to get the services of the AC Milan, captain Alessio Ramagnoli. According to Daily Mail via Mundo Deportivo the 27- year-old left-footed center-back is target to Borussia Dortmund, Bayern Munich and Barcelona as well. 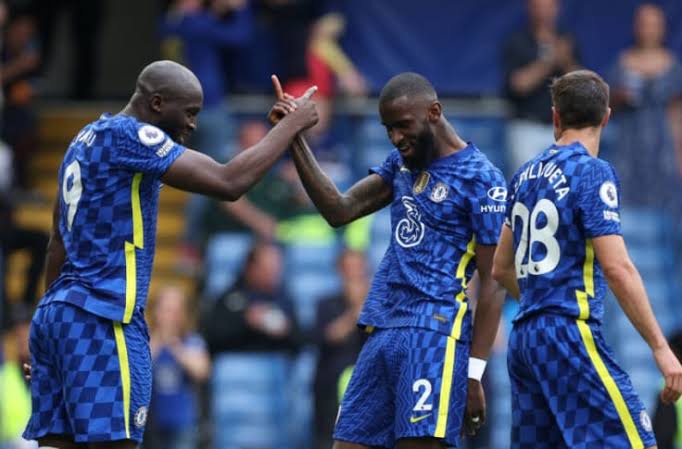 His set to exit the club on a free transfer after his contract come to expiry this June. AC Milan will be expected to pick a win this weekend against Sassuolo. To win the Serie A title for the first time in 11 years. 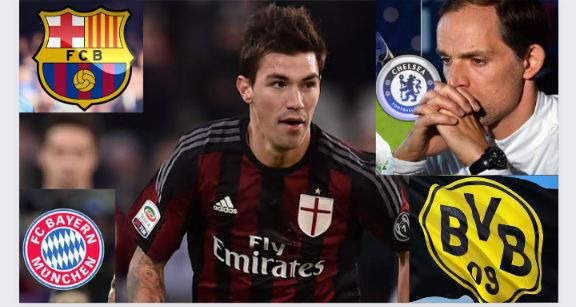 Non hybrid cars with the least fuel consumption in Kenya 2022

The car that is slowly replacing the vitz, March and Demio

You Will Never Drink Tap Water Anymore After Reading This Article