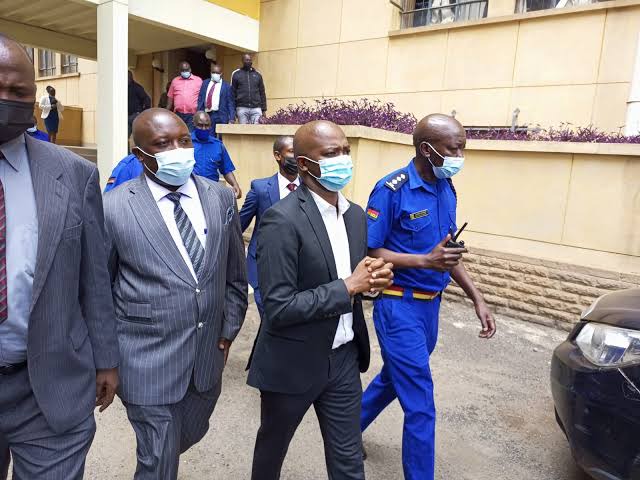 According to news hitting the air waves just former FKF boss Nick Mwendwa has been arrested just hours after charges against him were dropped by the state.

Mwendwa was arrested by DCI cops whp ferried him to their headquarters along Kiambu road.

However the reason for his arrest still remains unclear as the news continues to unfold.

When dropping the charges on Wednesday, July 6, ODPP stated that it was exploring possibilities of levelling different charges against him.

Mwendwa was previously charged on corruption related cha that saw him arrested twice in the past few months.

The famous football fanatic has been on the receiving end after a section of kenyans blasted him for a poor performance by the National team.

Mwendwa has been accused of mismanagement and being the root cause of all problems in the country's football team.

Sadly due to the move by the government to interfere into football matters, the country was banned by Fifa.. 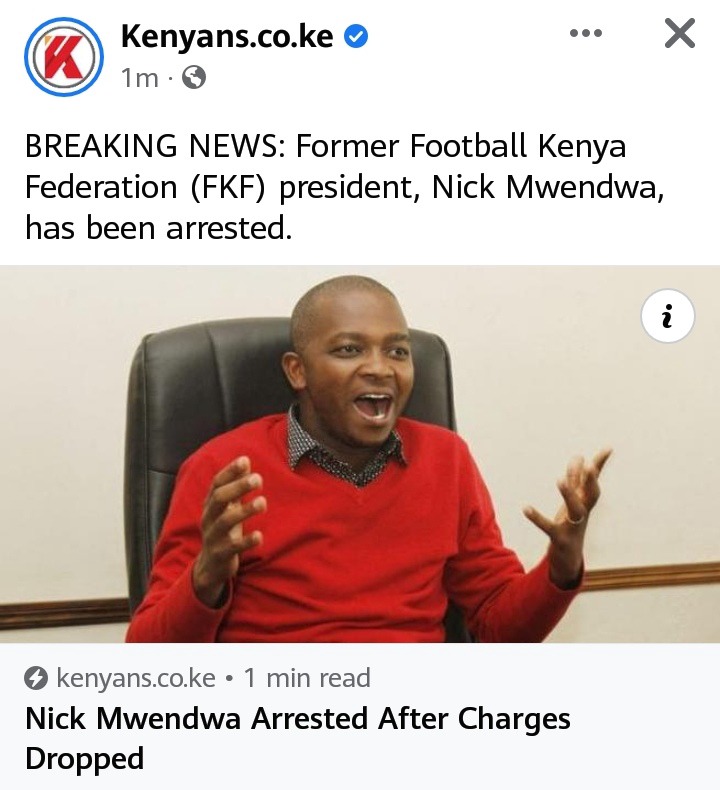