EPL Teams That Have Won The Last 20 Premier League Trophies

The English premier league is considered the best league in the world and particularly Europe alongside the leagues of Italy serie A, France Ligue One, Germany Bundesliga and Spanish Laliga.

The twenty teams all compete for the English premier league trophy that is won by the the leading team with the most points, the last three teams are relegated to championship and other new teams are promoted. We are going to have a close look on how the last twenty trophies have been won; 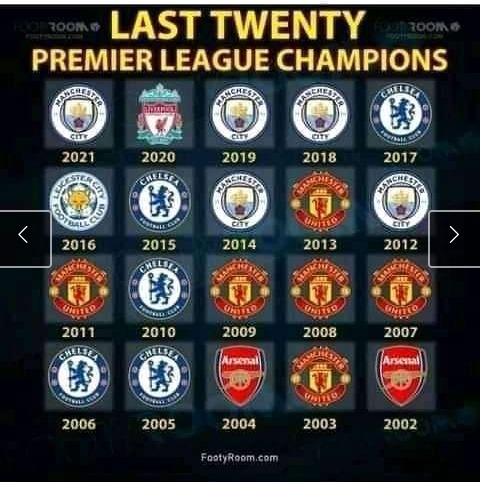