Michael O’Neill’s men were torn apart by a resolute Leeds United side, further compounding their relegation misery. It was a chastening evening for the Potters, their spirited defence succumbing to a spot-kick after Tommy Smith had lunged on Costa. Mateusz Klich stepped in to calmly slot in past Jack Butland in goal. And what followed after that was a floodgate, Leeds scoring four more to condemn the Potters to a 5-0 defeat.

It was a performance that Leeds fans can proudly look back at and hope for even a more promising future. And while Stoke will have to go back to the drawing board, Leeds can now look forward to Premier League outings next season.

It’s been 16 years of failed attempts

It’s been 16 years since Leeds graced top-flight football. Their 5-0 thumping of Stoke City on Thursday night set them closer to the return to the Premier League. Nonetheless, with four matches to go, and a point just above second-placed West Brom, they’ll have to keep their heads high and remain mentally strong.

However, with the third-placed team six points behind, Leeds could start the celebrations with the next two wins, ending their 16-year wait. It’s been 16 years of endurance and excitement, their legion of passionate fans yearning for a place on the table among the English Football’s elite.

However, this isn’t the first time Lees is getting much closer to Premier League promotion, and bottling it away.

After losing to Wigan and Brentford, and a subsequent frustrating draw against Aston Villa, Leeds finally set up a playoff against Derby. Marcelo Biesla’s charges entered into the playoffs semi-final looking flattened, with no vigour and energy.

In the end, Derby took full advantage of the situation, winning 4-2 to the chagrin of the already infuriated Elland Road faithful. 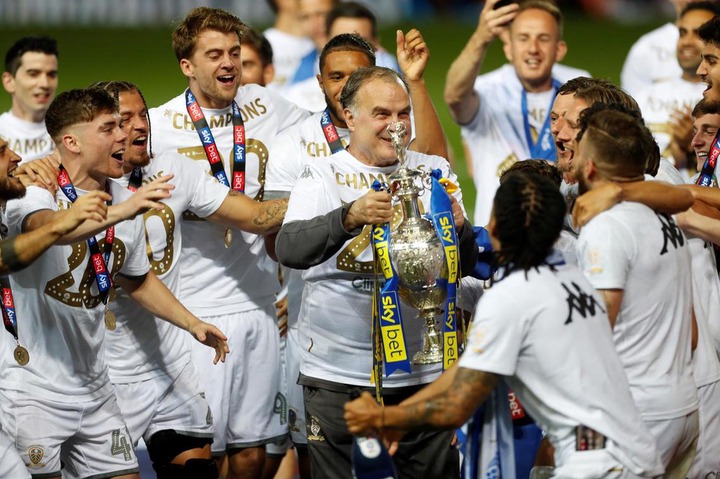 It was a disappointing night, Leeds castle, built on persistence and hard work, crumbling down before their eyes. And it would be difficult for any manager to pick up suck broken pieces and build a formidable side once again.

However, Biesla didn’t lose his sight. Instead of going down the drain and swimming in the empathy coming his way, he chose to keep focus. From the broken pieces of that bitter evening, Biesla has dragged back Leeds into the race for Premier League promotion.

A dream come true for a club with a rich history

Leeds is a fallen giant, having dominated English football in the past, and won numerous silverwares. Promotion to the Premier League after spending many years in the cold will probably spark a ray of hope among the fans. 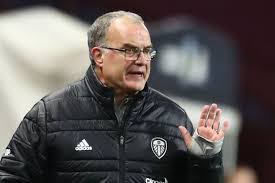 They’ve been champions of England three times, the recent one being in 1992 when Howard Wilkinson steered the team. It’s not been an easy road for them, however, since being relegated in 2004.

The club has endured years of financial instability and inconsistent pitch performance. And in 2007, when they were put under administration, and subsequently relegated to the third tier, It was the; lowest they’d sunk.

The promotion to Premier League is in sight, and the players know just how much it means to the fans to grace top-flight football. They’ve been consistent, and the last four games should further test their mental strength.

Will they end the 16 years in oblivion? We wait to see.

Content created and supplied by: ODUOR10 (via Opera News )