Chelsea recently sacked Thomas Tuchel after the German tactician failed to turn the situation around at the club. Among the top two candidates to take his position at the club was former Spurs and PSG manager Mauricio Pochettino. The Argentinian manager has been very unlucky in recent weeks as he has been linked with numerous clubs but no real offer has been tabled for him.

Mauricio Pochettino has been accused of being over ambitious after he denied a contract offer from OGC Nice. According to French reports, Pochettino is intent on other “bigger projects” as he feels that joining OGC Nice would be a downgrade on his side. In the Premier League he has been linked with Leicester City, but the Foxes have not made a formal approach to him yet. 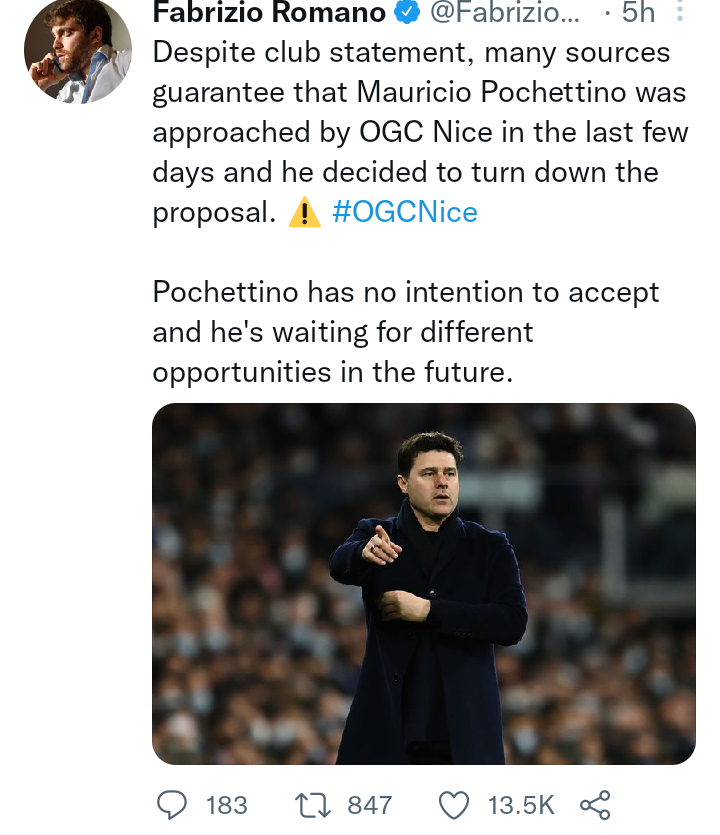 Screenshot: Mauricio Pochettino has turned down the chance to join OGC Nice

The other candidate for Chelsea's managerial position was Graham Potter who eventually got the appointment. The 47 year old is yet to kickstart his winning streak at the club but fans are confident that he could take the club to the next level. The work he did with Brighton was revolutionary and Boehly is hoping to see that effect in the next few months or so in the Premier League and Champions League. Graham Potter was one of the three candidates that were considered to succeed Tuchel. (Image: Courtesy of Google)

Graham Potter has a tough debut in the Champions League…

More energy is expected to be invested in the Champions League because that is the competition that cost Tuchel his job at the club. Losing is not an option at the moment for Chelsea because now they have four fixtures to return to the top of the group table. Potter has to conjure up a supreme tactical system that should turn Chelsea’s misfortune to gold in the next few months. 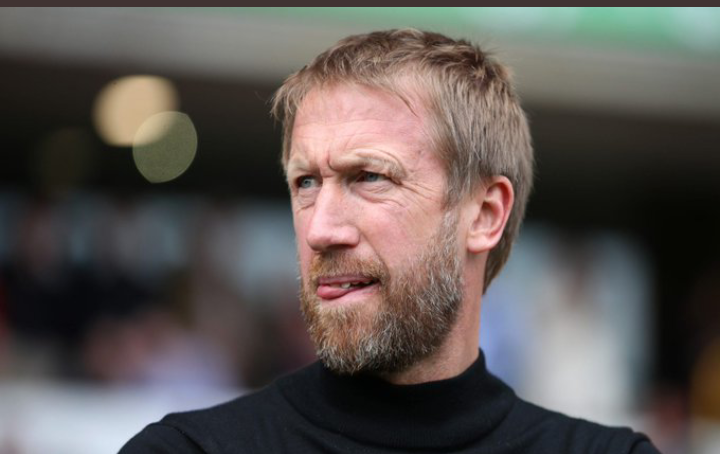 To be fairly honest, I think that Chelsea will have a hard time in the Premier League but could fair on well in the Champions League. The Premier League has different threats this season, consequently making the whole campaign unpredictable but the Champions League rivals that Chelsea have are underdogs. The Knock-Out stage could be a bit difficult for the Blues, but there is no doubt that they will proceed to the next round from the Group stage.