By Footballvibes (self media writer) | 14 days ago

Manchester United Fans from around the globe had VAR to thank after it turned down what was to be a Yerry Mina Winning goal for Everton. The VAR ruled correctly that Mina was in an offside position when he converted. Without the intervention of VAR, Manchester United could have lost that match. But thanks to VAR, they collected a point at old Trafford. 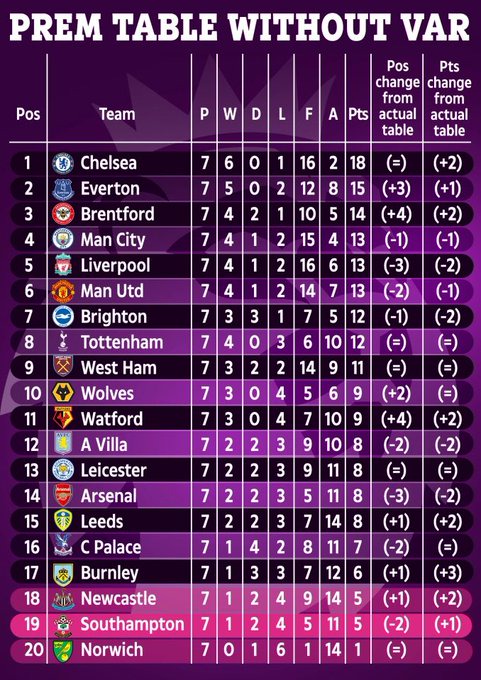 At Old Trafford over the weekend Everton's Defender Yerry Mina thought he had scored the winning goal but after VAR the goal was overturned for being offside. If there was no VAR intervention, Everton could lying comfortably at second place.

Manchester City and Liverpool could have dropped 1 and 2 points respectively. The impact of VAR intervention to the game has been very effident. Some times decision go under the radar and the match officials see no necessary need to consult the monitor but club managers still mourn about such decisions.

Manchester United Manager Ole Gunnar Solskjaer in his previous press conferences alluded that his team was not being awarded penalties after a certain manager complained. It is all About mine games from the managers of big teams to try and influence referees when making such decisions.