Mourihno's Comment On Man United That Backfired After Europa Elimination

By News.Today (self media writer) | 1 year ago

Jose Mourihno is a manager known to have a big mouth always quick to throw cheap shots to rival managers and clubs. Yesterday before Tottenham's Europa league tie was no different. 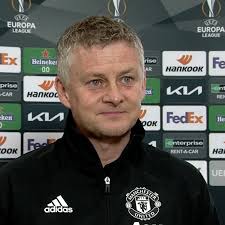 "If we win the Europa League, the League Cup and we finish 10th in the Premier League and still play Champions League next season you'll call it a bad season? It will be greater than a club that is currently second in the Premier League table that will go on to finish second and win no trophy," commented Jose.

He was definitely throwing shade on Ole's Man United. Before the Tottenham's game he was pretty sure his team had qualified for the next round and Man United going to be eliminated.

But it seems football gods had other plans. Despite the London club having a comfortable lead of 2-0 coming into the match Dinamo Zagreb were able to come back winning 3-0. 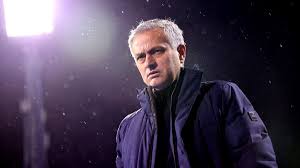 Sending Mourihno and his boys packing while Ole and Man United ended up beating Ac Milan 1-0 making it to the next round. With the way things are going it is highly likely that Tottenham won't be winning any trophy. They have league cup final tie against Man City which by far are a better side.

Hopefully Mou as learnt his lesson,that is in football anything can happen.

What are your thoughts on Mourinho's comment ? Is he a washed manager ? Share,comment on the section below, like and FOLLOW our page for more interesting sports articles

Huge News as Target Pictured with Agent Ahead of Arsenal's Move

6 Things That Can Wreck And Ruin Your Life

Humanity Exists, The Pictures Below Will Surely Leave You Emotional (photos)