Jubilation At The Emirates As Club Wins Their Second Cup This Preseason.

By Jameswatetu (self media writer) | 6 months ago

Arsenal played their fifth and last preseason game today with the annual Emirates cup final.The club played Spanish based club Sevilla today as the London side end their preparations for the upcoming 2022/2023 season. 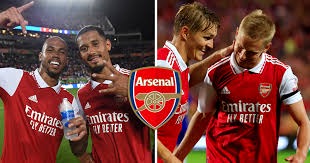 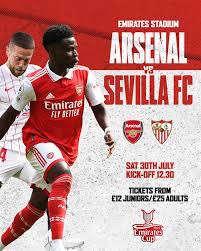 Bukayo Saka opened the scoring in the 10th minute before a quickfire brace from new signing Gabriel Jesus in the 13th and 15th minute.Saka completed his brace in the 19th minute as Arsenal went into halftime with a four goal advantage. 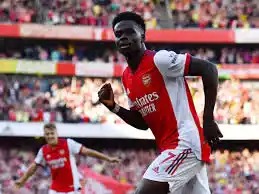 Jesus completed his hat trick in the 77th minute before substitute Edward Nketiah capped off the mauling in the 88th minute with a well taken solo goal. 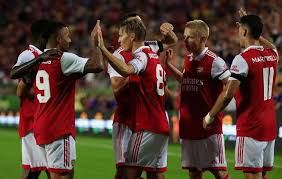 Arsenal begin the new season next week on Friday with a London derby against Crystal Palace at Selhurst park.The club has been in fine form this preseason with heavy defeats of Chelsea,Sevilla , Orlando magic and Nurnberg. 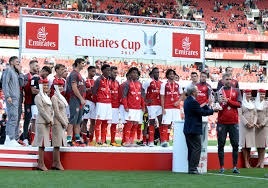 Their is optimism around the club after making five signings this summer with Gabriel Jesus and Olexander Zinchenko joining from Manchester City,Fabio Vieira joining from FC Porto and Marquinhos joining from Brazilian side Sau Pàulo.