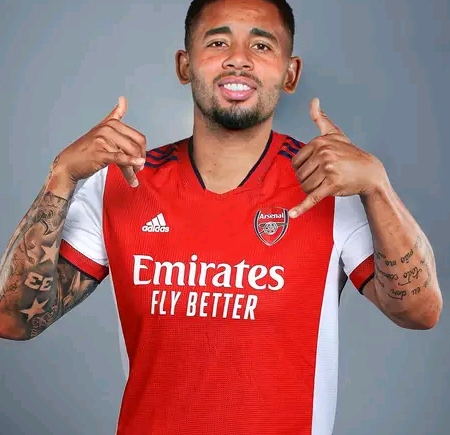 1: Arsenal have dealt with a huge blow after defender William Saliba openly admitted that he wants to remain Marsaille after the Gunners failed to qualify to the UEFA Champions League. 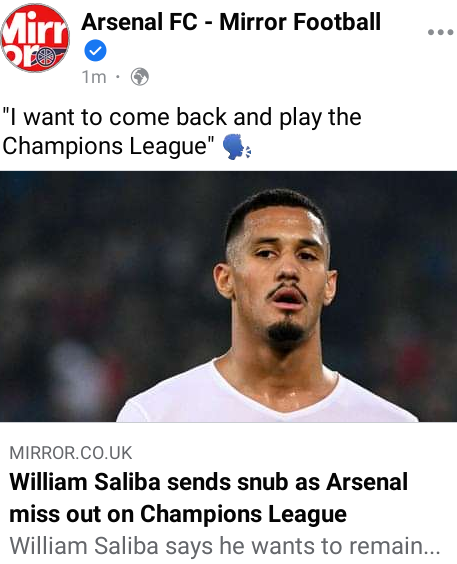 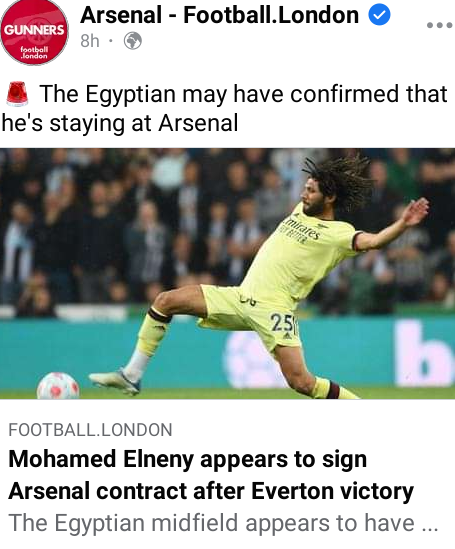 2: Arsenal midfielder Mohamed Elneny has reportedly signed one year contract extension at Emirates with an option for further year after impressive performance this season. 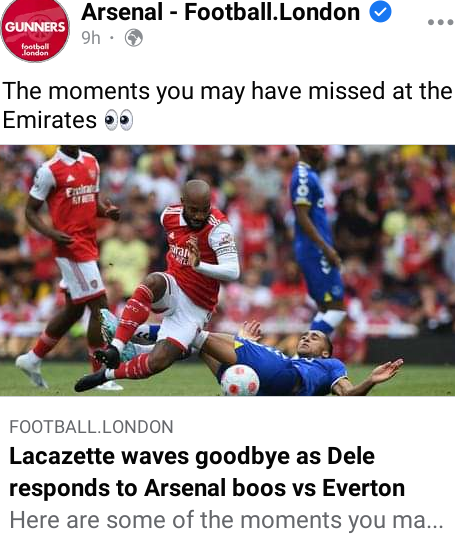 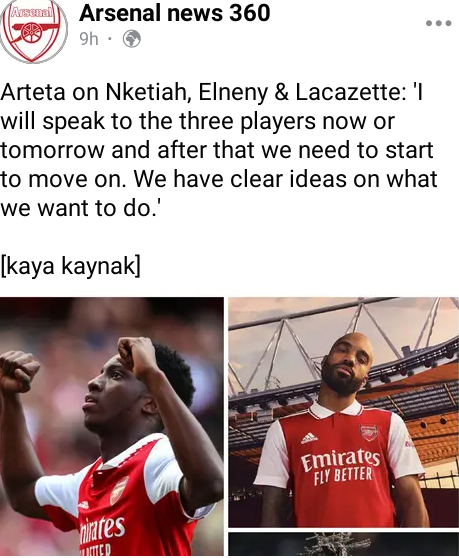 3: Arsenal Boss Arteta has confirmed that the decision regarding the future for trio eddie Nkeitah, El Neny and Lacazette has been made and will communicate to them as the club wants to move on to the summer transfer window. 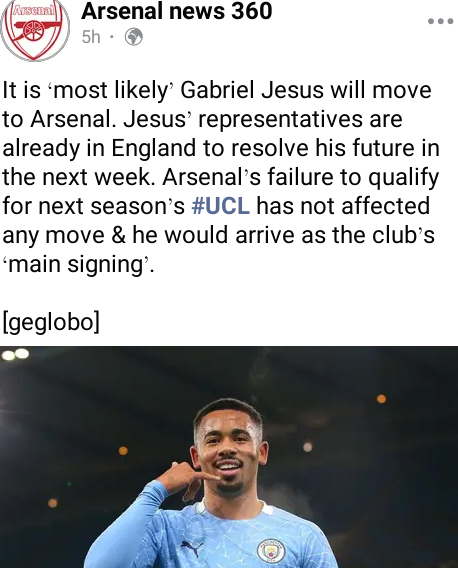 4: Arsenal are reportedly closing on Man City forward Gabriel Jesus transfer to join Emirates as his representatives are already in London to negotiate final personal terms details and contract structure. The Gunners are willing to meet Man City asking price of £45 Million for the transfer of Jesus and Arsenal failure to qualify to the UCL has not affected the move. 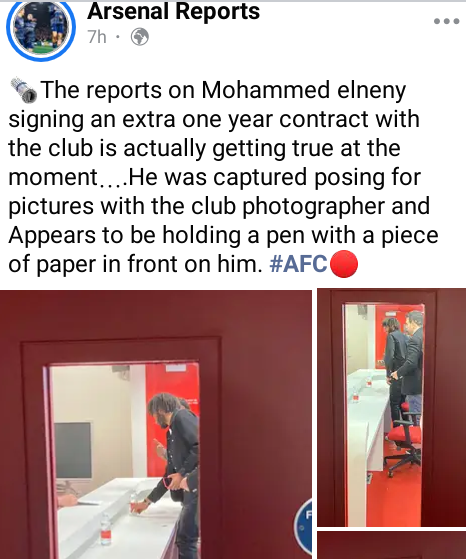 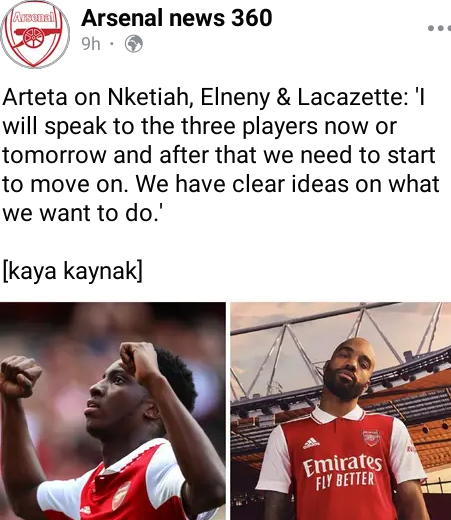 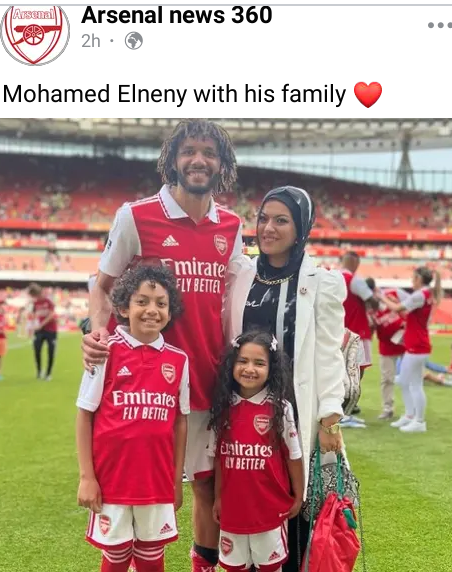 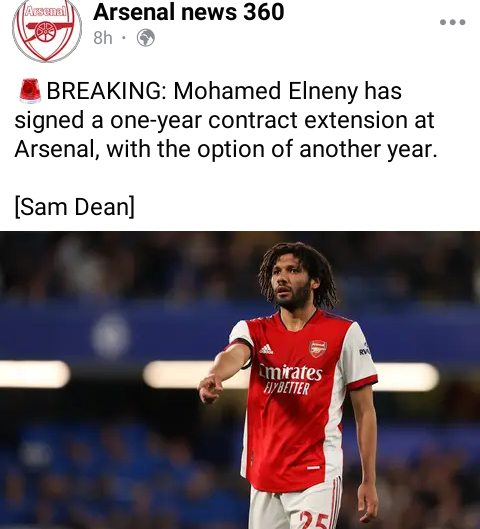 5: Arsen midfielder Granit Xhaka has finally broken silence after Gunners 5-1 victory to seal UEFA Europa League spot on his 250th appearance for the club by stating he was really proud for the milestone. Xhaka added that Arsenal should stick together, take positives from this season and make sure they get back to where they need to be. 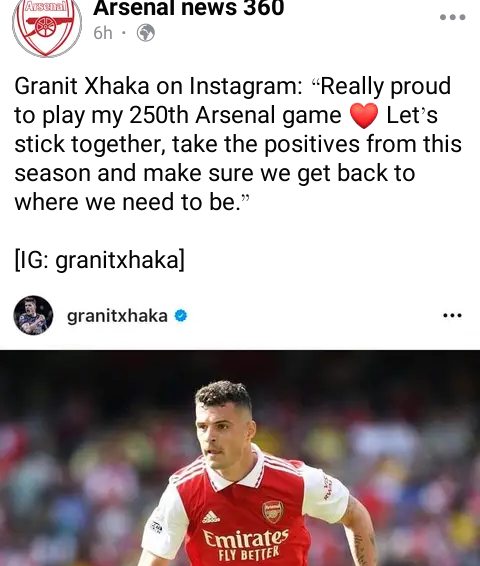