By GerryTips.com (self media writer) | 7 months ago

The semi-finals of the Champions League and the first match between Real Madrid and Chelsea, which will be played at the Alfredo di Stéfano Stadium in Madrid. Real Madrid enters this match after the draw against Betis, which makes their quest for the title of Spanish champion much more difficult. Real Madrid reached the semifinals by eliminating Liverpool's 3-1 aggregate. Chelsea had a much easier way to this stage because their rival in the 1/4 finals was Porto. Although they lost at home 1-0, Portugal's 2-0 victory enabled them to advance into the next round.

The Spanish team's matches have been quite inefficient lately. Chelsea will want not to concede a goal for as long as possible, and I expect a match of very low intensity here with not too many chances on both sides. UNDER 2.5 goals and CS 1-1 are my suggestions. 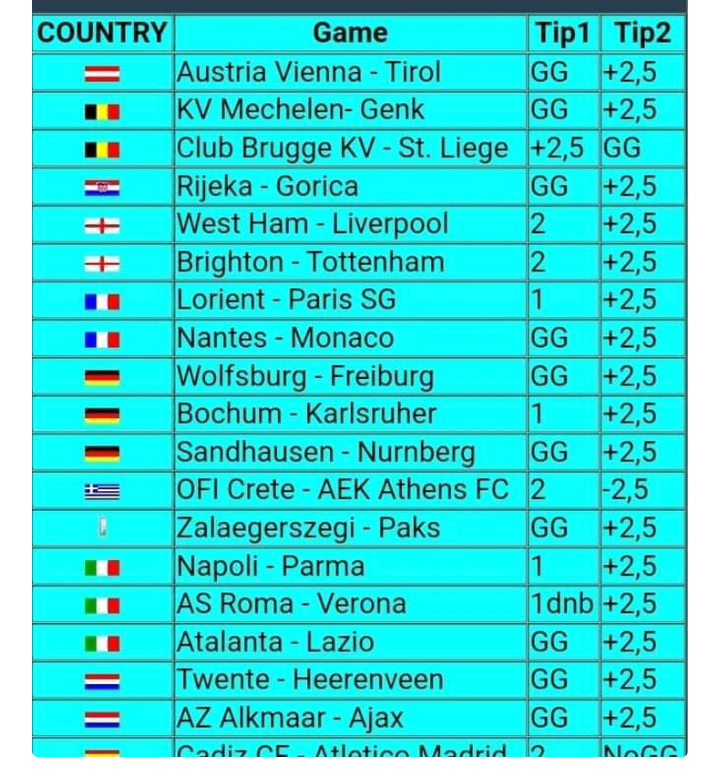 Aberystwyth lost their first three relegation round games, and they scored just one goal in those three games. Aberystwyth has improved since then, winning one and drawing one of their last two games and scoring four goals in those two games.