By Bradley (self media writer) | 4 months ago

Man United and Spanish shoot stopper and goalkeeper David Degea has been outstanding goalkeeper in the premier league so far. This has happen even though the team's defence has been porous conceding many goals in their games.

The Spanish goalkeeper super saves started immediately after the sacking of their former manager Ole Gunnar Solkjaer and the appointment of Ralf Rangnick as the interim coach. Degea performance has helped the team to qualify as the first runners up in their champions league group. This is despite the team starting at a lower pace when they were defeated by Young boys in their first match. 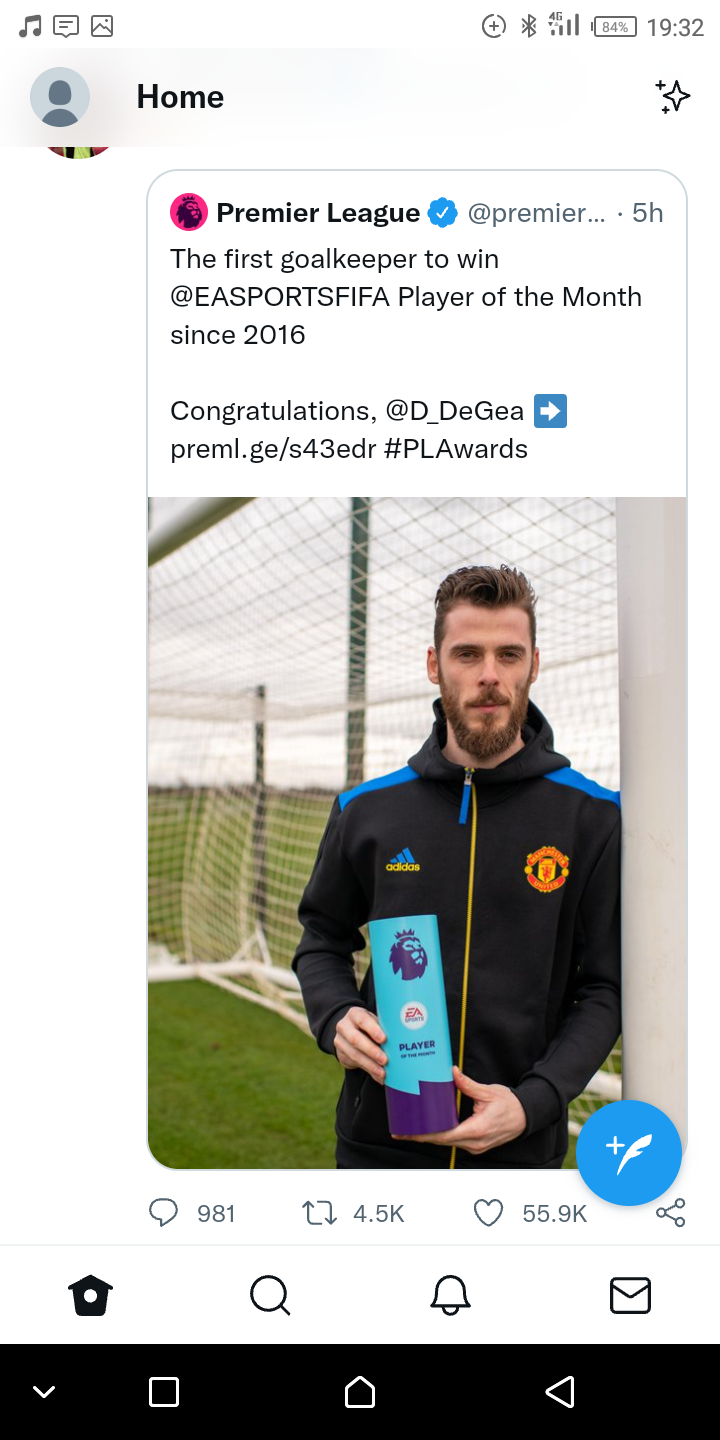 This performances has led to the goalkeeper winning a trophy that has not be won by other goalkeeper since 2016. The trophy is the EASPORTSFIFA Player of the month.