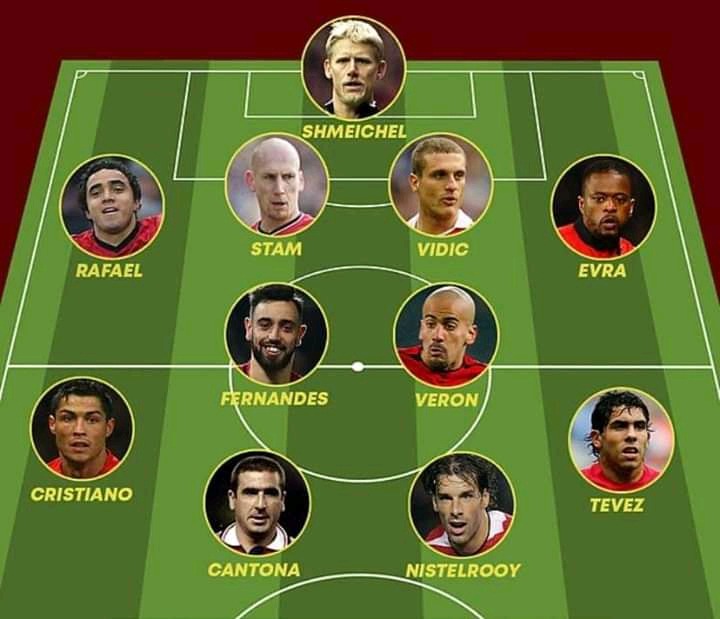 Rafael Da Silva the Brazilian the twin to Fabio took the right back spot, Gary's playing position. The Brazilian joined United at a young age winning three league titles before falling out with Van Gaal. 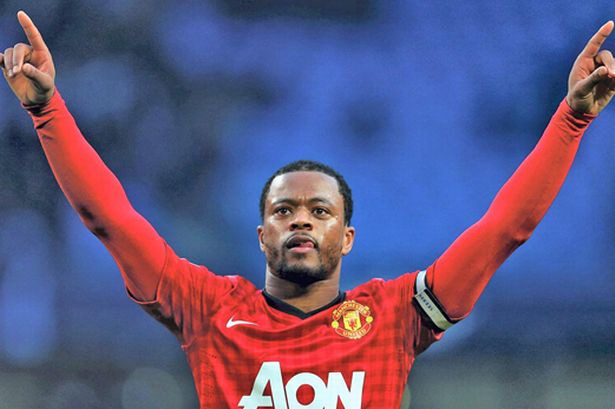 Jaap Stam partners Nemanja Matic in the central defence. The Argentine was a rock in his stint at United. Winning several league titles and was part of the treble winning team. Some people believe that Virgil Van Dyke has not reached the level of Staam at his Prime.

Nemanja Matic won five league titles, the Champions League and was part of the team that went the longest wothout conceding a goal. His partnership with the Englishman Rio Ferdinand was argubly one of the Greatest the Premier League will ever see.

Then Patrice Evra at Left back, United have struggled to replace him. He was dedicated. Won five league titles with the Champions league.

Bruno Fernandes, the only current player to make the cut. He partners with the Argentine Sebastian Veron. Veron was a record signing won the league with United before he was shipped to Chelsea.

CR7 started his robust career at Manchester United. Before 24 he had won the coveted balon Dor, The Champions League and several other personal titles. He won the league 3 beat. Scored the highest goals.

The front two of Eric Cantona and Ruud Van Nisterloy is devastating both on paper and on what they did on the ground. Cantona a five time League winner, Nisterloy 3 time.