By BensonLugaria (self meida writer) | 5 days

Manchester United have only been beaten in a single match among their twenty games,(both premier league and international competitions). United have registered a average of twelve victories and just seven even performance. 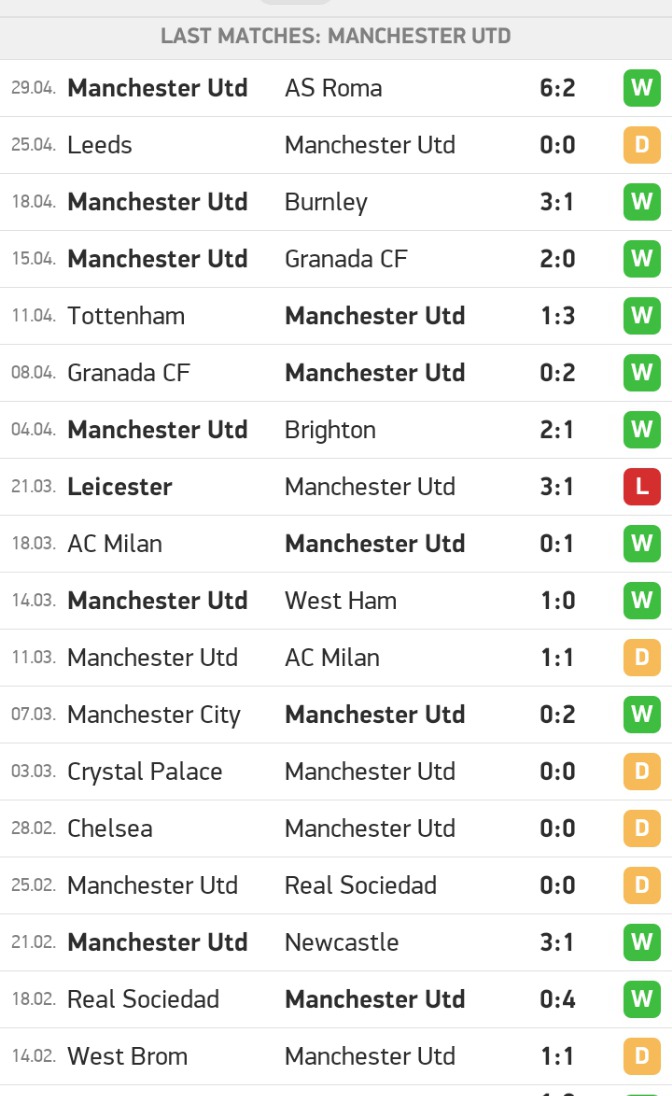 This season,the Red devil's have dramatically performed well in the away grounds compared to the home soil competitives. They are set to host Liverpool after making a historical win over the Italian team AS Roma on Thursday this week, (6-2).

During the EUROPA clash,United had conceded two goals to one before the half time break. Their fans had lost hope of getting into the finals,but having known as the "Kings of comeback",Oleguners squad returned for the second half on a very high note. They managed to the four goals within a spun of 20 minutes. 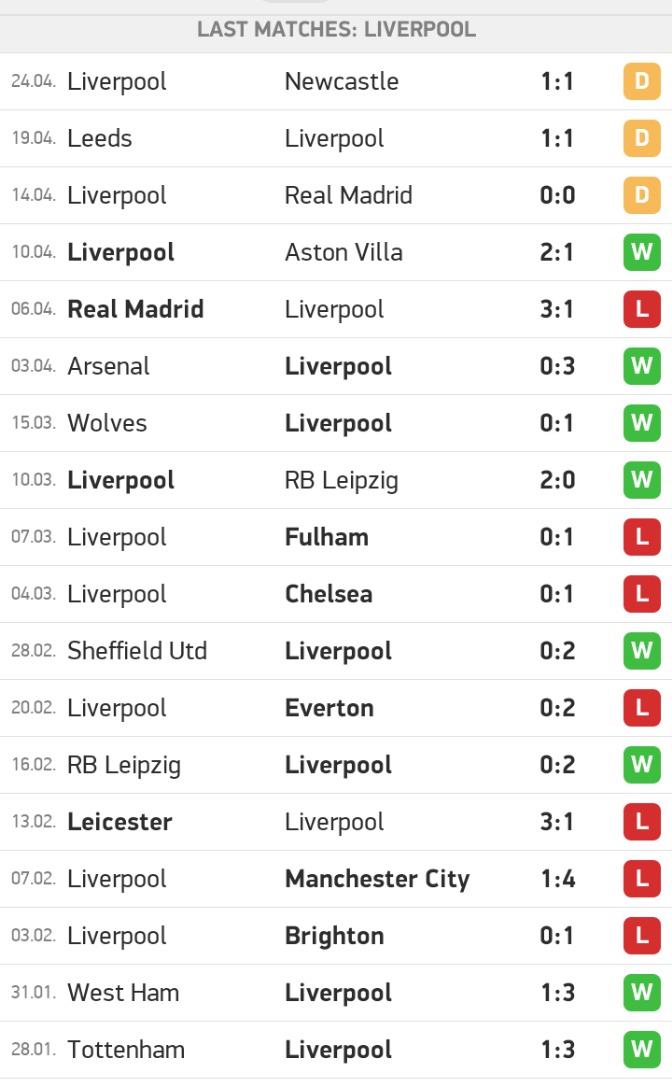 On average,the visitors have lost more Gabe's than the hosts,(L9,W8 and D3). Their last three consecutive plays have found them collecting one point in each game.1-1 and 0-0 against Newcastle,Leeds and Real Madrid respectively.

Klopp is standing at position six of EPL table with 54 points,13 behind Man U who are in the second place. Liverpool might be struggling to get into the top four,thus securing the whole points in today's match must be of great importance. 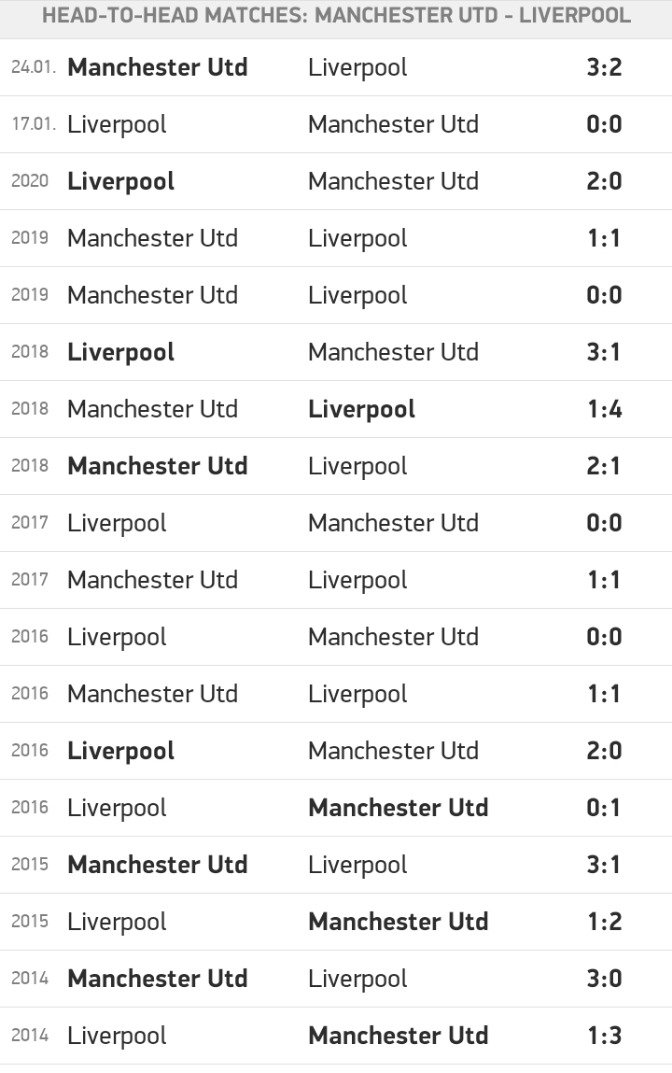 Looking at the head to head statistics,United won 3-2 early this season. This marked their first win in the past five recent meetings. They had drawn three and defeated in two. Currently,the home ground team are in good formation and we are predicting a direct though both teams will be netting. Over 2.5 is also expected.