By ExtrovertedIntrovert (self media writer) | 10 months ago

Fabrizio Romano officially confirmed Pierluigi Gollini has joined Tottenham on loan until June 2022 with an option to buy for a fee of €15m in case he reaches 20 caps. The player has already completed medicals at Spurs. Al-Duhail made a proposal for Toby Alderweireld with believed to be in advanced stages. 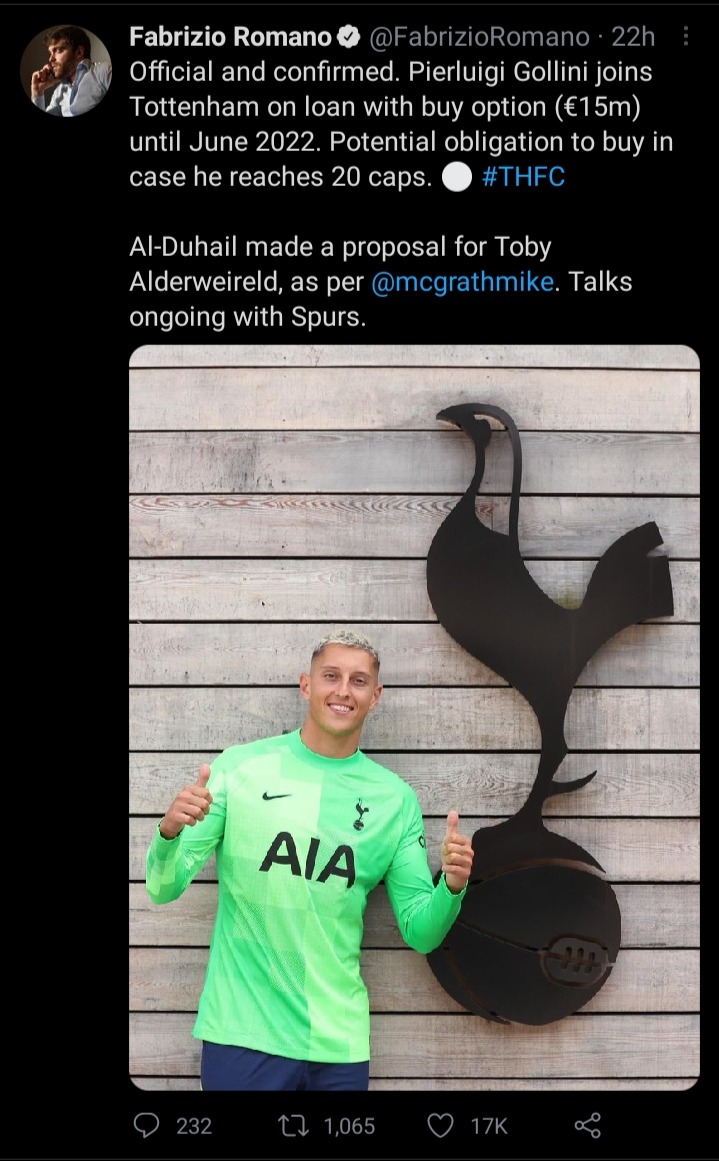 As per Fabrizio Romano, Halaand has no agreement on personal terms with any club, as of today. But the real issue to sign him this summer is on BVB position. BVB insists NO official bid received from Chelsea yet - not even discussing about players included in the deal. 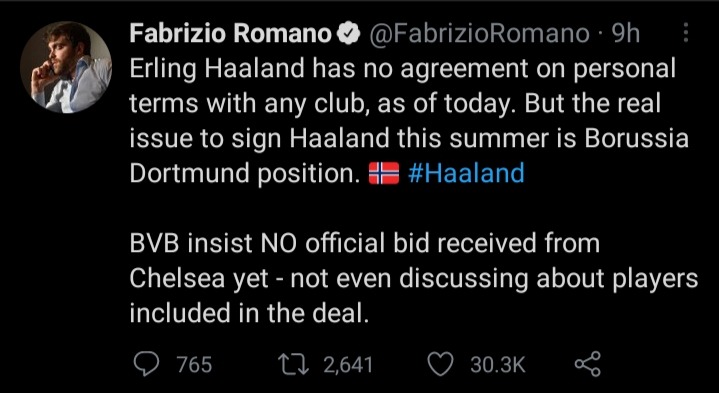 United are trying to lure Leon Goretzka away from Bayern Munich after seeing a possible exit for their French star, Pogba. They have offered the German a specific salary figure and are expected to launch an official bid after Bayern's valuation of the player. 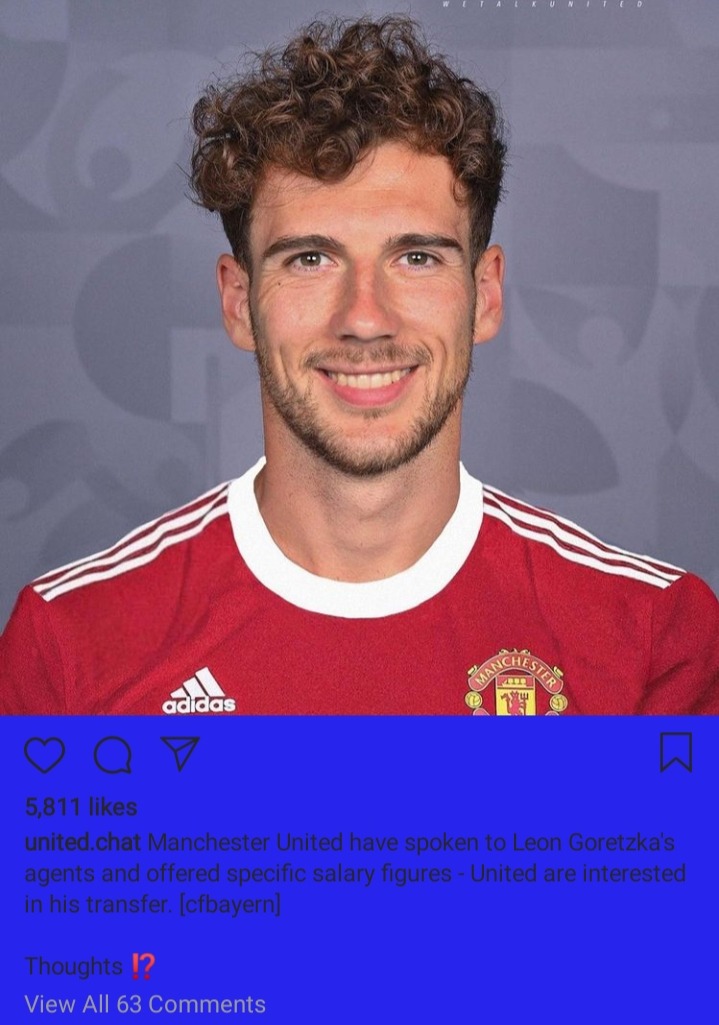 Solskjaer has confirmed that talks are ongoing between Pogba's representatives and United to extend his contract amid growing speculation he rejected an improved offer. The manager has said that he had a dialogue with Paul who is looking forward to the new season as United are still convinced they can keep him. 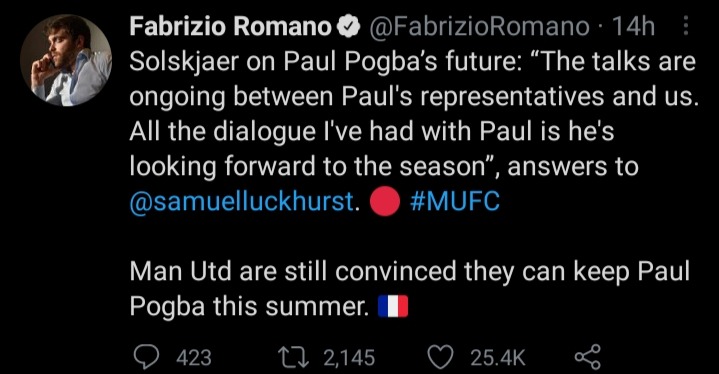 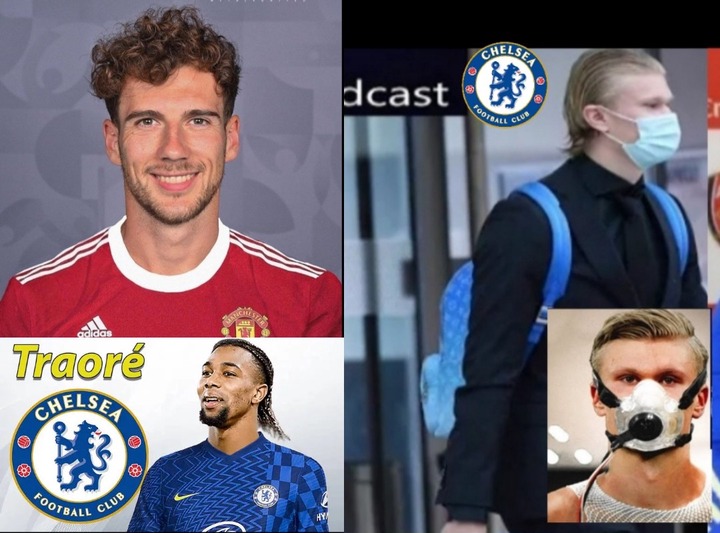