Nations With The Most UEFA Champions League Goals, Related To The Nationality Of The Players

By Polysports (self media writer) | 13 days ago

Players can decide to play in the internal leagues in their country or play in leagues outside their country. These players when they both play in the internal leagues or play for league outside the country they represents their nation. Therefore, this article shall list the nations with most UEFA champions league goals in terms of the goals scored by their players in various clubs.

Brazil players when they are all included they have scored 962 goals. The current Brazilian players includes; Neymar, Raphina, Dani Alves, Gabriel Barsoba, Fred, Vinicus Junior, Thiago Silva, Anthony among others. 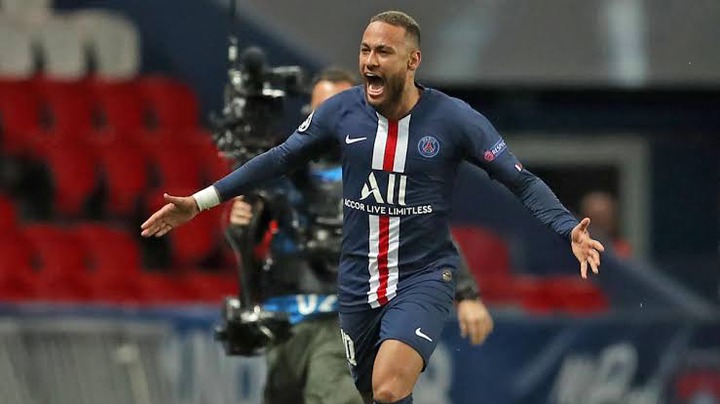 Spain has 767 goals when all their players goals are added together. Their current flag bearers includes; Gavi, Sergio Ramos, David De Gea, Pedri, Morata among others. 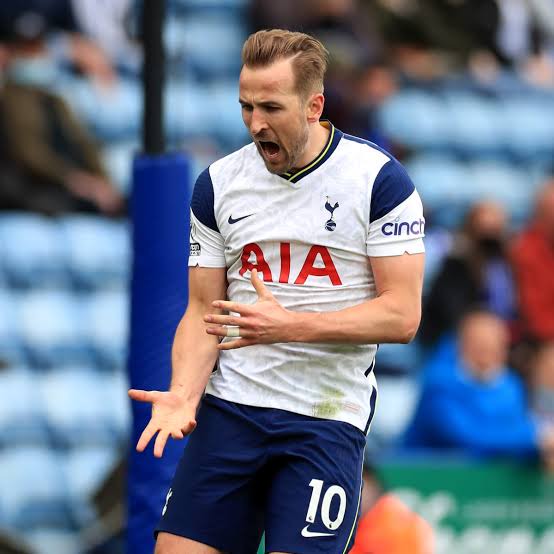 Portuguese players have 433 goal in UEFA champions league. Their current players include; Cristiano Ronaldo, Pepe, Sanchez, Bruno Fernandes among others.

Russian players have 213 goals in total. Their current players include; Mario Fernandes, Smolov, Yuri Zhivkov among other players. 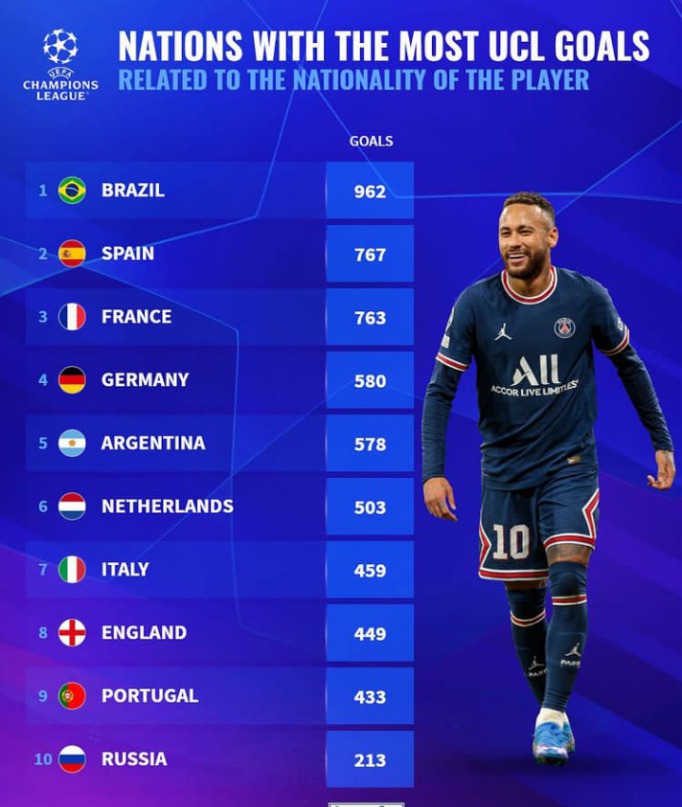