Killing Two Birds With One Stone: See What The Trending Brazilian Striker Is Doing To Have Anitta

By Orimbatyson (self media writer) | 2 months ago

Richarlison has sent out an indication that he will pursue popular Brazilian singer Anitta after he wins world cup. Brazil has already qualified for the round of 16 after a blistering start in Qatar that has seen them collecting maximum points from their first two games. Richarlison got Brazil going after their first game against Serbia with an amazing brace that involved an overhead kick. Actually, the beautiful score made him trending worldwide. 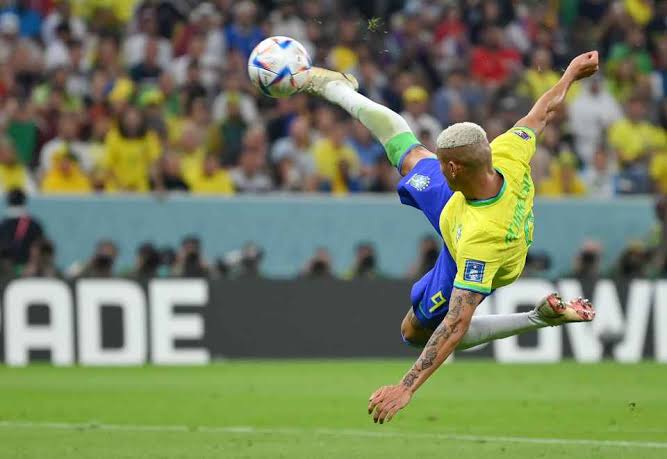 Casemiro then scored late in a game against Switzerland to ensure that the last match against Cameroon could be a mere formality. 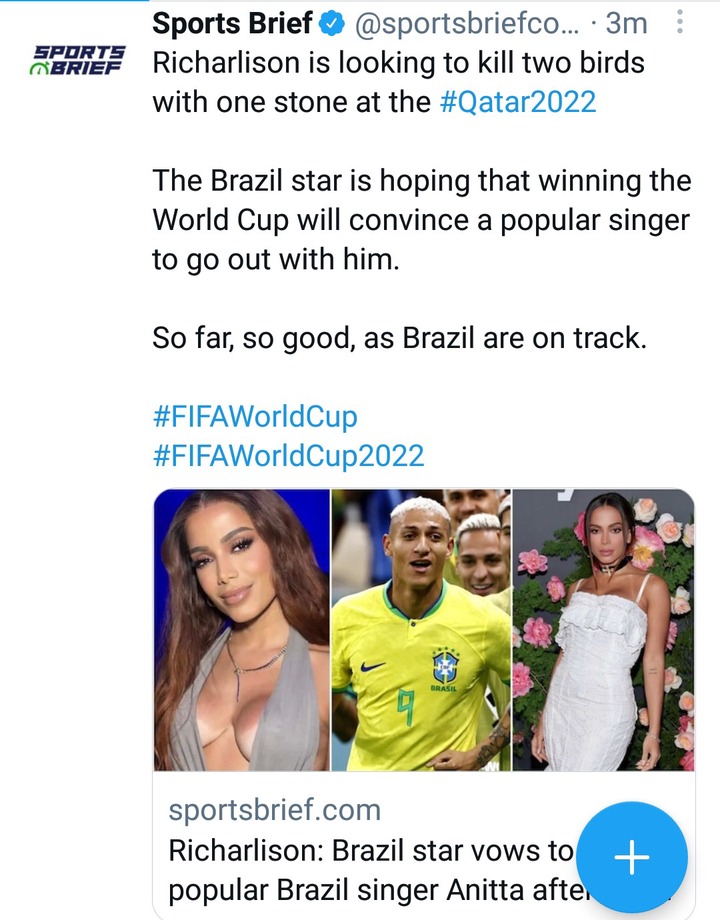 However, apart from winning the major title, the World Cup, the Tottenham Hotspur striker has set another target in his personal life. Following interview conducted to him, the striker stated that if he wins the cup with Brazil, he would formally ask Anitta to go out with him. His statements were captured as follows; 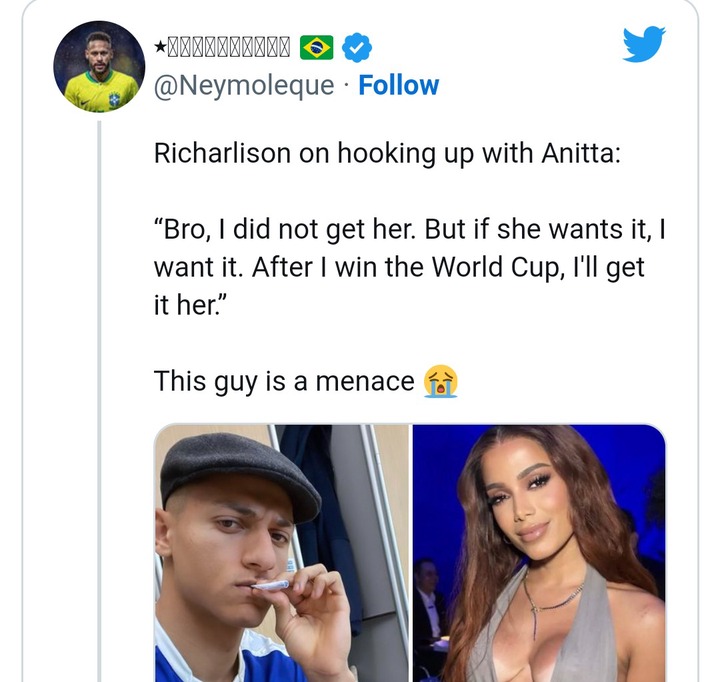 According to Richarlison, winning World Cup is likely to convince Anitta to go out with him. Thank you for reading my article.