The Best Premier League Midfielders This Season So Far.

By GodfreyMunoko (self meida writer) | 9 days

As we enter the final stages of 2020/21,we can look back at the season that’s given us plenty of great midfielders. 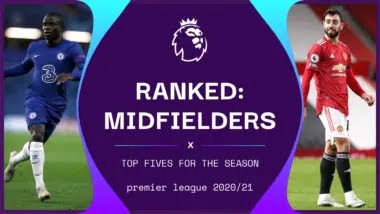 Obviously, players in every position have shone at some points but midfielders have really been impressive. After all,two midfielders took the top individual honours as Kevin De Bruyne won PFA men’s player of the year while Jordan Henderson was the FWA footballer of the year.

Many teams all through the Premier League began to build impactful and dominant midfield units. But who are the best midfielders as individuals? It’s such a varied position, how can you compare?

So rather than compare apples to oranges, we’re going to list the top five midfielders in each subcategory for the 2020/21 Premier League season so far. Brighton are one of the most delightfully fun sides in the Premier League and a major reason why is because of the defensive brilliance of Yves Bissouma. The Malian recalls his countryman, the brilliant Mamadou Diarra,in his ability to be completely dominant on the defensive end as his 74 tackles and 41 clearances shows. 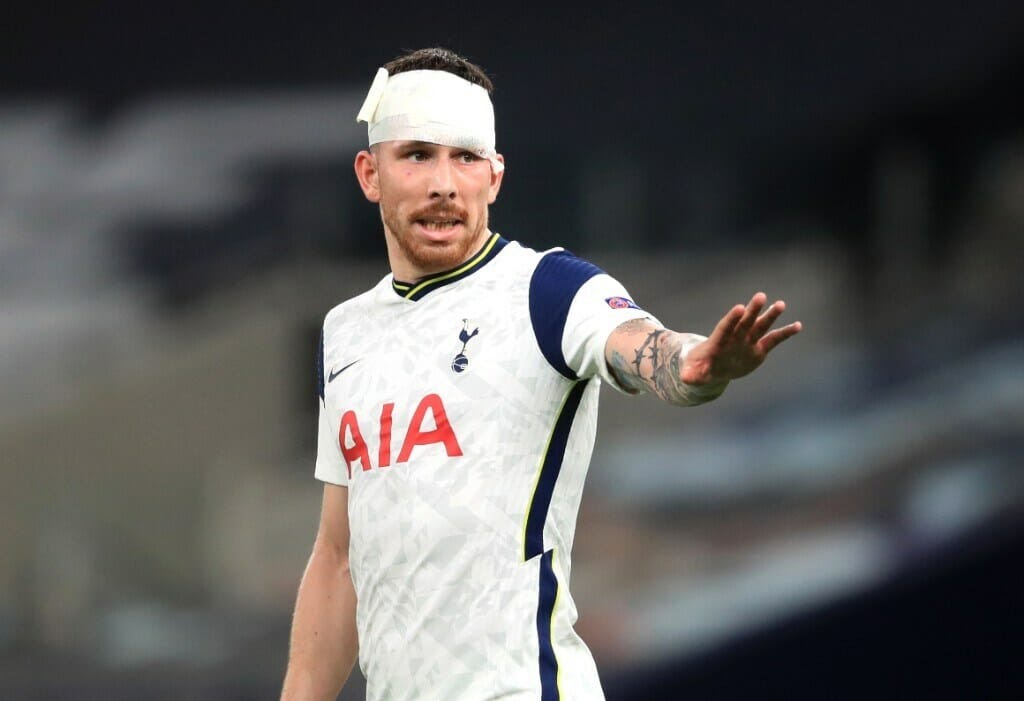 Hojbjerg has transformed the previously un-coordinated Spurs midfield into a genuinely competitive one,so often translating José Mourinho’s tactics and mentality out onto the field.With 79 tackles he leads all defensive midfielders and so often plays the first pass in moves that result in Spurs scoring. 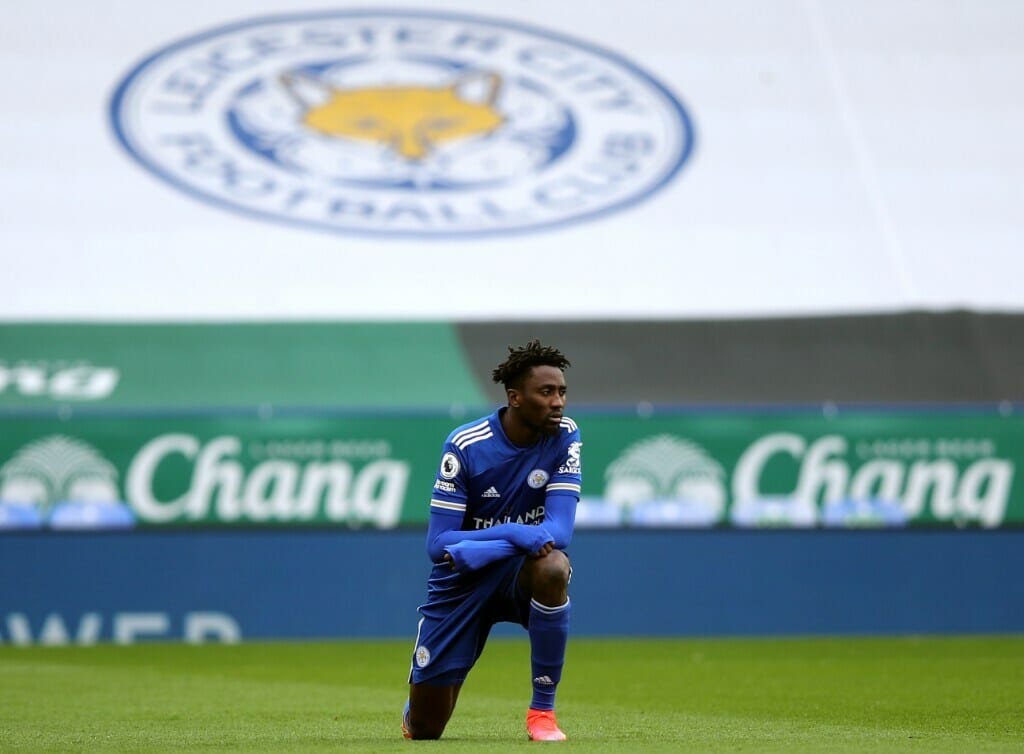 Wilfred Ndidi hasn’t been as fit as Leicester would have liked but every time he’s taken the field he’s wielded an incredible level of influence over the way the Foxes have been playing.So often their attacking formations would be overrun were it not for the Nigerian stepping in and cutting off attacks before they develop into problems.Of Leicester’s seven Premier League defeats, only two have come with Ndidi playing.

When it comes to defensive output N’Golo Kanté is putting in work as usual.With 71 tackles and 54 interceptions no one can match him for defensive actions.The Frenchman is back in form and doing his best to protect the Chelsea goal and provide a platform for their high-powered attack to make the difference.The Blues’ outrageous run of clean sheets under Thomas Tuchel owes a great deal to Kanté.

Rodrigo is just different gravy at the base of midfield.While he doesn’t put up gaudy defensive stats he is a passing phenom and distributes the ball superbly for Manchester City, keeping possession recycling between the City men and allowing them to defend in possession.Pep Guardiola’s men play in a different gear when the Spaniard is back there; he’s a big reason why they’re running away with the league. 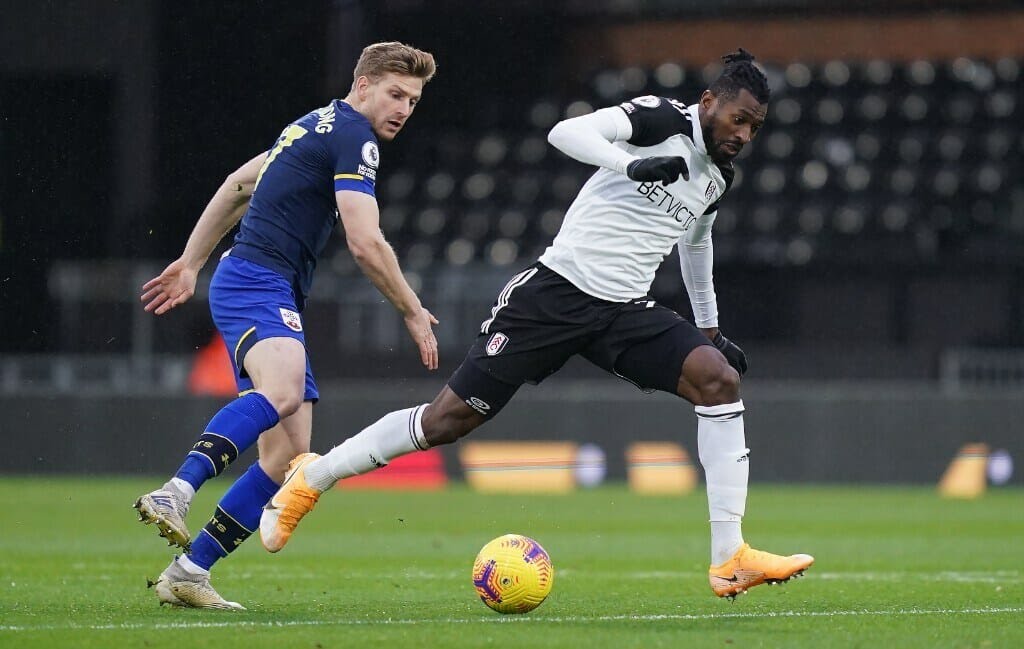 Fulham have had their struggles this season, but not in midfield because of André-Frank Zambo Anguissa.The Cameroonian ranks high among central midfielders for tackles (67 – second), interceptions (46 – third) and take-ons completed (82 – first).He is an all-action midfield threat able to win the ball and carry it forward. 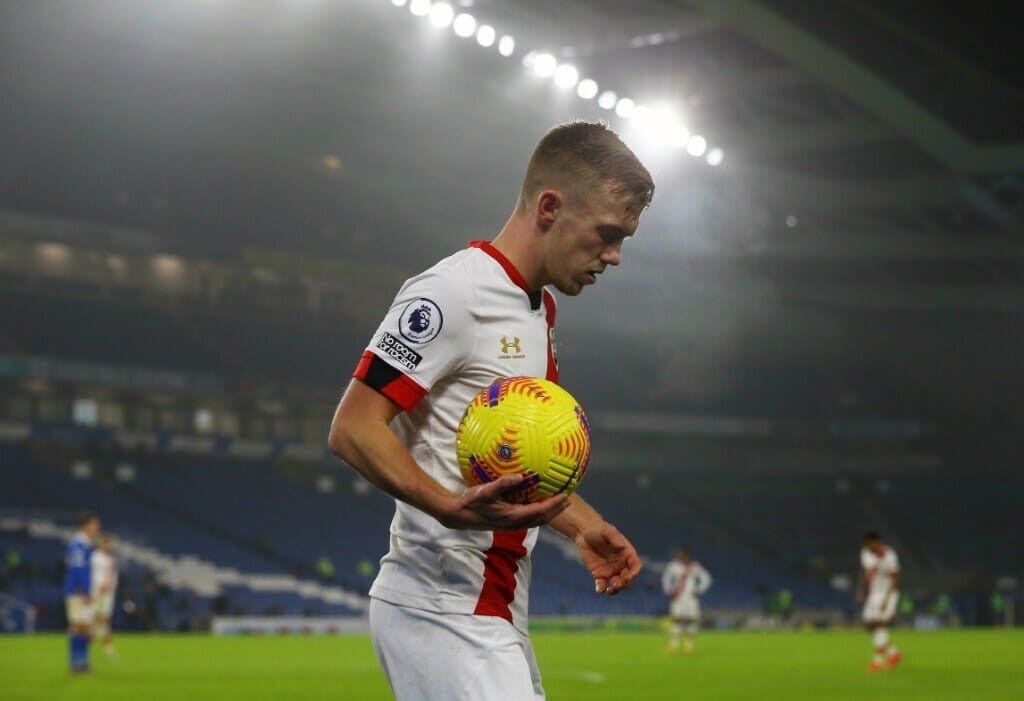 Speaking of set-pieces, nobody can touch James Ward-Prowse in that arena.The Englishman has seven goals so far this season and five assists that have all come from set-pieces.That is genuine dead-ball mastery and his work in open play hasn’t been bad either.

West Ham’s giant Czech midfielder has been a revelation and a major part of their incredible run in the second half of the season.The Czech Fellaini is preposterously good in the air (with 165 aerial duels won he has more than double the next highest central midfielder) and has scored an impressive nine goals to help guide the Hammers up to fifth. 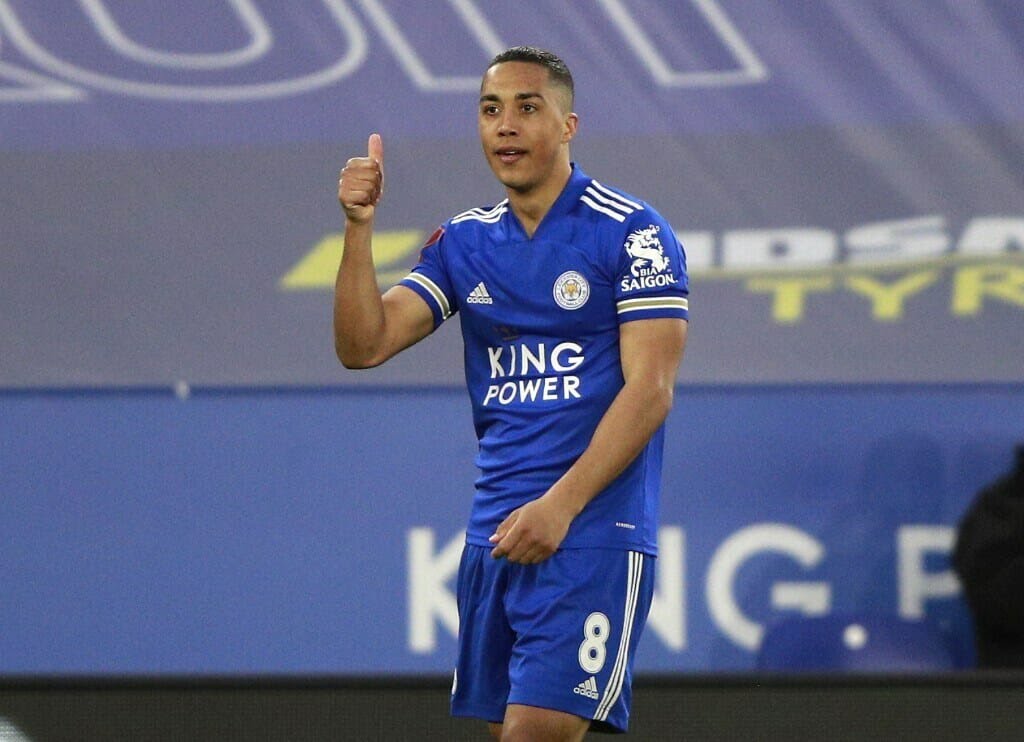 Youri Tielemans arrived in the Premier League with a lot of hype and he is really living up to that at Leicester.With six goals and three assists he is really getting involved at the business end of the pitch, but he excels at moving the ball through the middle by any way he has to (his 38 take-ons completed is fourth among central midfielders, his 1,869 passes attempted third). 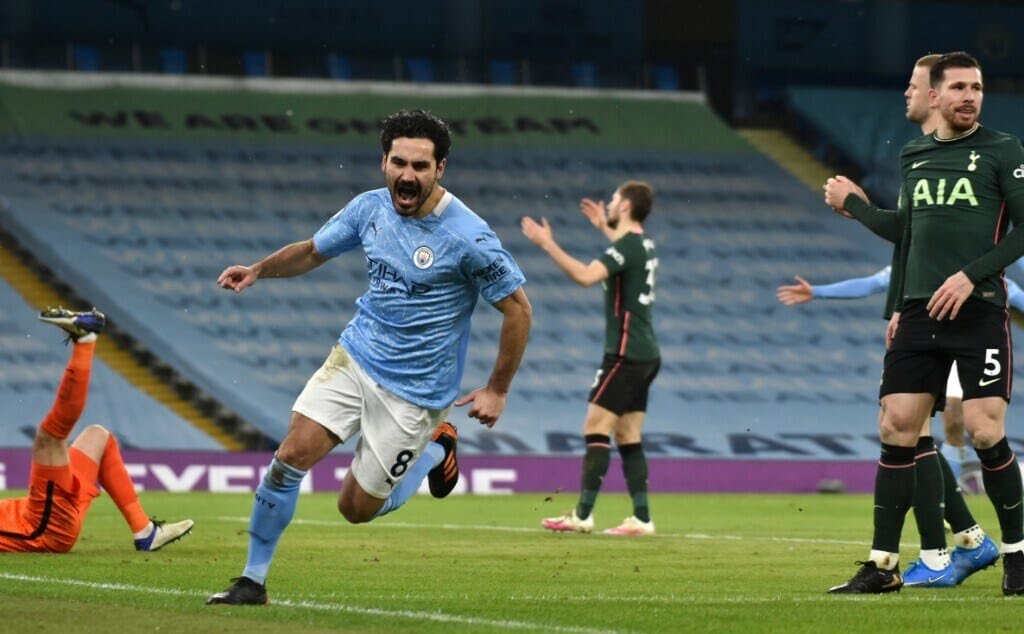 Oh goodness gracious what can be said about Ilkay Gundogan this season? If any one player has been responsible for Manchester City’s absurd run of form in 2021,it’s been the German.Obviously he’s been doing his usual thing of working in defence, moving the ball intelligently and getting his forwards into good spots; but a knack he’s also developed lately is scoring. With City going strikerless someone was going to have to make forward runs and bag goals and Gundogan has been that man. He’s got 12 goals so far this season and has so often been decisive in driving City towards the title that no central midfielder can compare.

Bielsa is a king at elevating talent and so it shouldn’t be a surprise he’s turned Mateusz Klich into a creativity machine.The Polish international has been incredible in his debut Premier League season with an impressive 40 chances created and five assists to go with it. He’s also chipped in with three goals albeit two of those are penalties.Klich’s ability to find space, draw pressure and create chances in the final third is part of why Leeds have been as good as they have been.

Mount was a golden boy put onto the field to simply add energy as a central midfielder under Frank Lampard. However under Thomas Tuchel the young Englishman has been turned into an attacking midfielder who is absolutely key to the way Chelsea play not because he has energy but because he presses hard (his 59 tackles is more than any other attacking midfielder), moves well into space and can score if needed to (he has five goals and three assists on the season).

Maddison has never really gotten back to his 100-chances-created-in-a-season best but has developed into a different kind of season. Even allowing for the injuries he’s been super sharp this season, moving in between the lines of opponents midfielder and defence, racking up an impressive eight goals, five assists and 42 chances created.

Pep Guardiola has shifted the orientation of his midfield somewhat to free up Kevin De Bruyne as an attacking midfielder and it has quite predictably worked.The brilliant Belgian has created 70 chances so far this season, 16 of which have been big chances, notching 11 assists (the most for any midfielder and behind only Harry Kane overall) in the process. City are going to win the title and Kevin De Bruyne will be a hugely important reason why they do that.

If 2020/21 belonged to one team, it would be Manchester City. However, if it belonged to one player, it would be Bruno Fernandes. The Portuguese has dominated this last year and a half of football after joining in late January 2020. And his excellence from last season carried over into this campaign, where he stands tall with 16 goals (more than any other midfielder) and 10 assists (only De Bruyne and Kane have more). His 82 chances created and 17 big chances created are also high watermarks for the position.

More than just the metrics, Bruno Fernandes provides the mentality that has made Manchester United formidable again. The Red Devils constantly look to him to provide inspiration and drive, and more often than not he delivers. Even when he’s struggling, he produces decisive moments of wonder like his game-winning assist against Wolves. If Manchester United are relevant again (and they just might be) it’s all because of Bruno Fernandes,the Premier League’s finest attacking midfielder of 2020/21 so far.

Why complainers achieve nothing

DNA Test: See The Two Pair Of Power Couples Who Decided To Take The Test This Past Two Weeks

Jirongo And Mbadi On Ruto: Worst Tribal Leader, One Not Trusted With Instruments Of Power

Three bad habits that are making you less attractive (Girls hate this).