The much anticipated match between Manchester United and Chelsea kicked off tonight in the fully Stamford Bridge in West London.

Both teams made several changes in order to get the best out of the massive contest. Chelsea begun the match on the front foot as they attacked on several occasions while Manchester United were exposed. 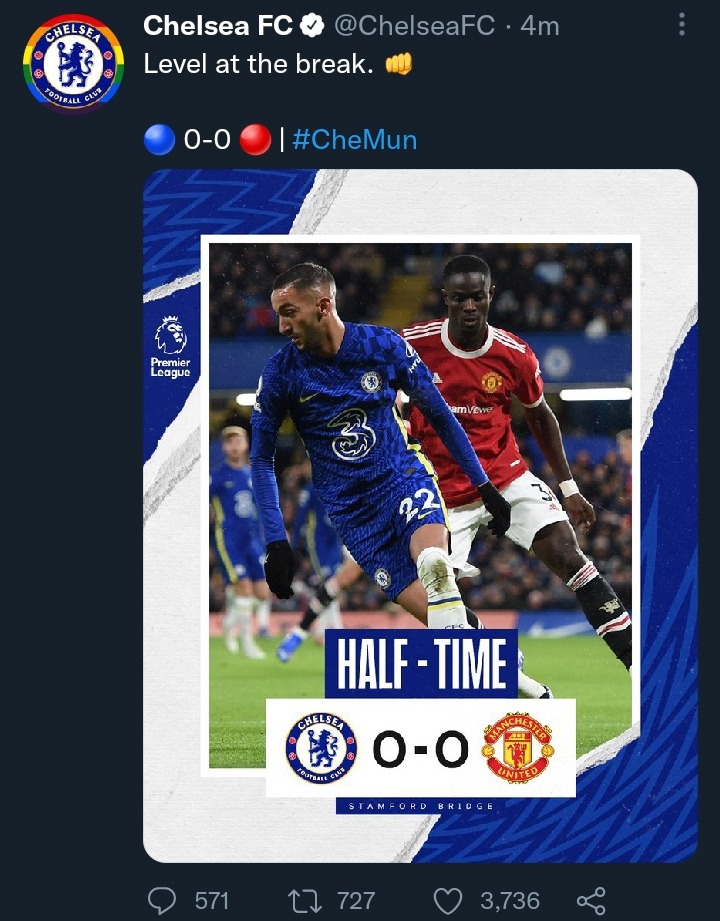 All Chelsea players were giving their all in the match, but the Chelsea fans were unimpressed by some of the star players who started the match today.

The fans were furious with Callum Hudson-Odoi who played in the left wing role, but failed to deliver crosses into the box getting the fans brand him as being selfish.

Take a look at some furious reactions from the Chelsea fans:

Lefty: "We should have 2 up now if not Hudson-Odoi, such selfish player.."

Ravik: "What is CHO doing out there? Squandering big chances.

Josh: "He’s scared of his matchup with AWB. Standing off and not getting into the box for crosses is just unacceptable." 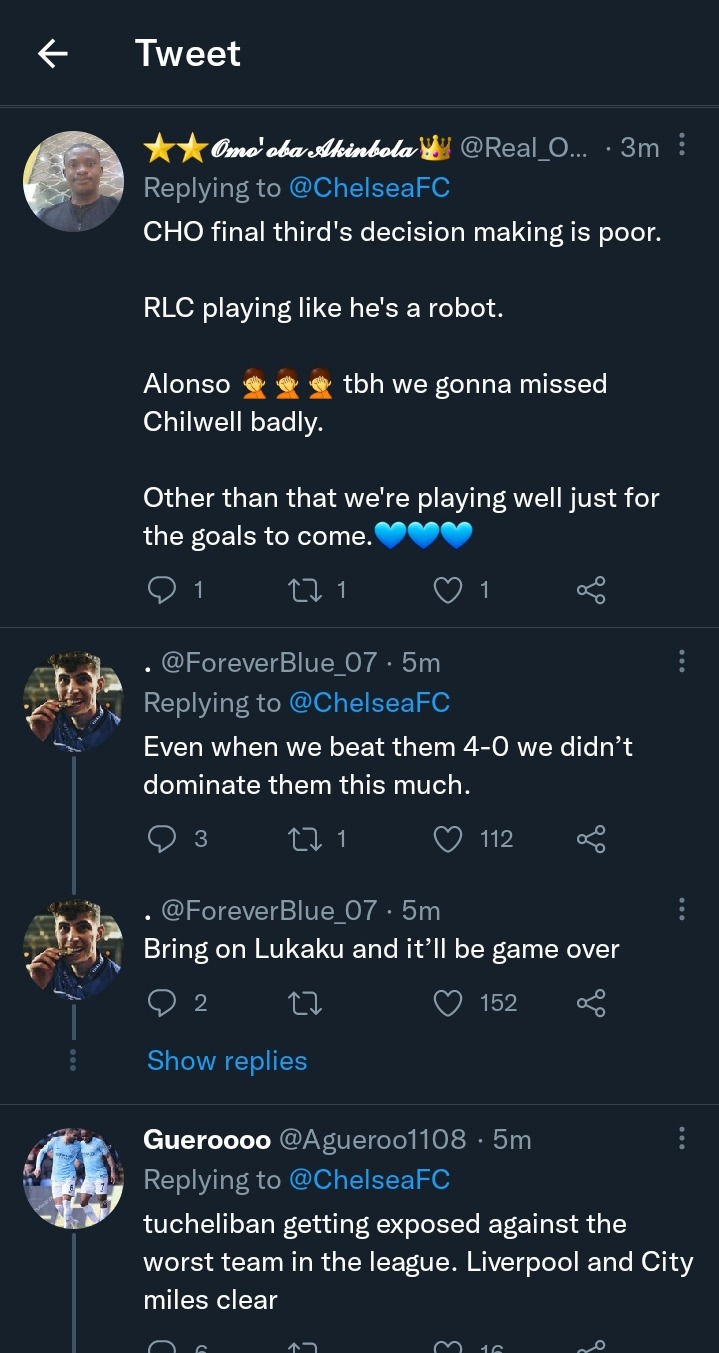 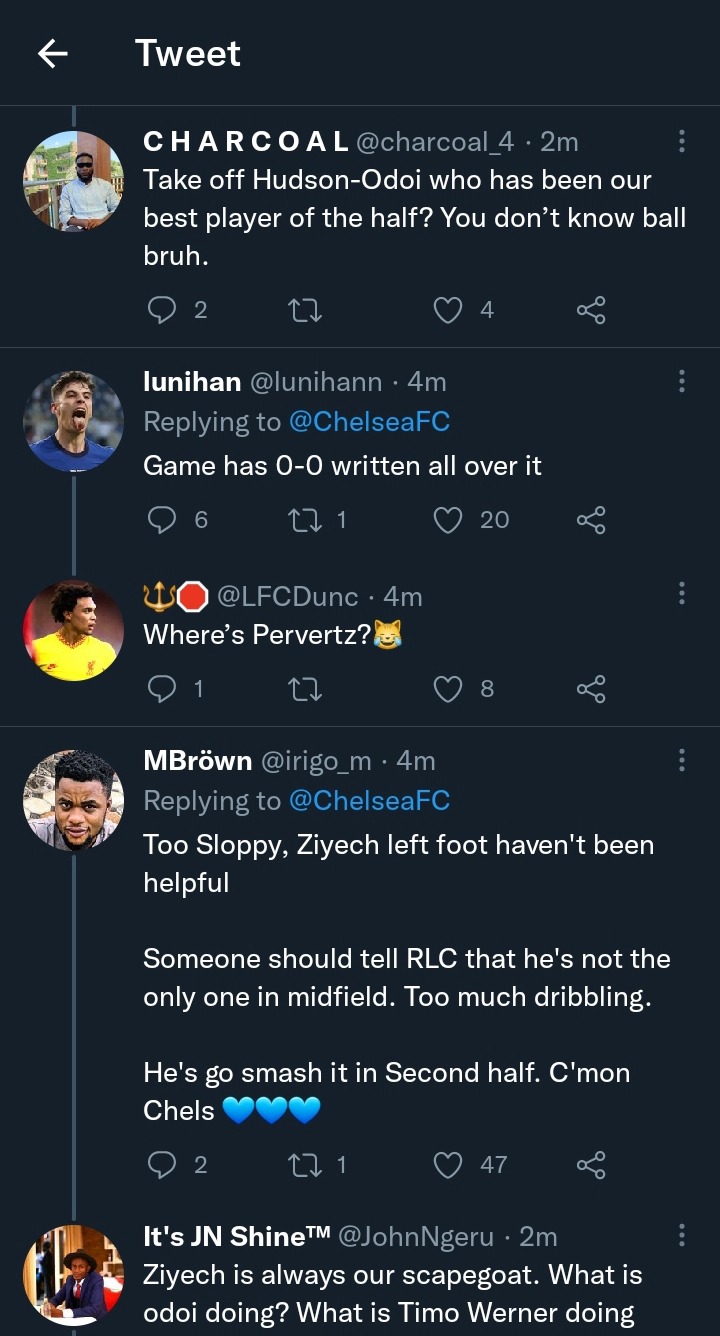 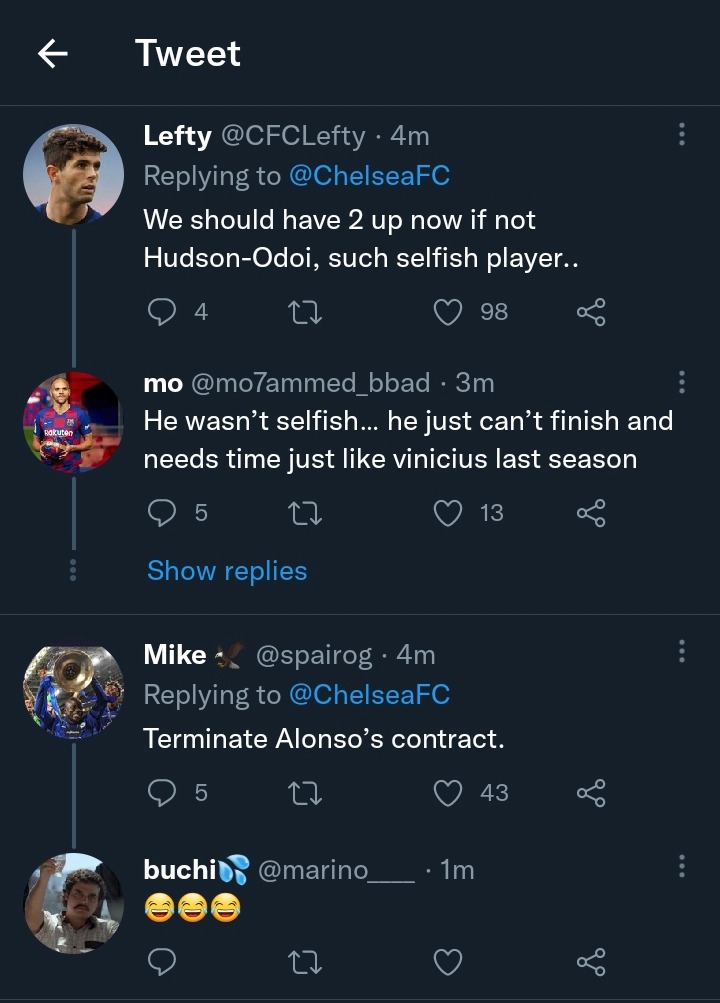 Tired of losing Bets: Bet on No Redcard, Corners and DNB to forget about losing