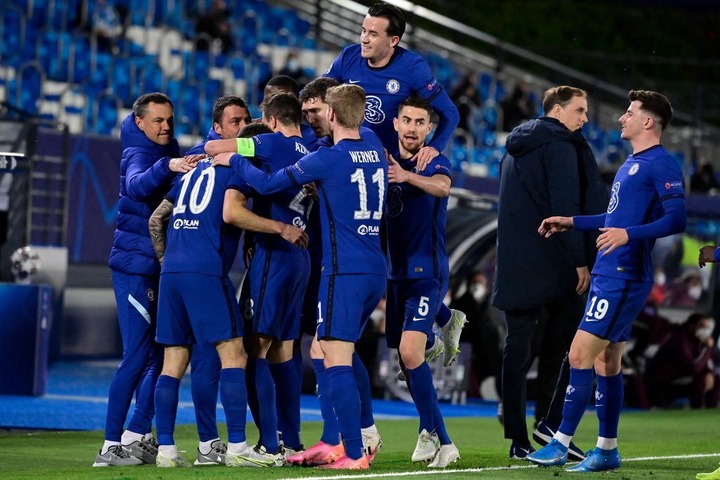 Chelsea played Leicester City for a second time in four days after a huge loss in the FA Cup final on Saturday. The two sides meet last night where the Blues managed a win over the Foxes which saw them go from fourth place to third in the league just a point behind Leicester.

The Blues has done an incredible job to be in the top four after struggles in the first half of the season which resulted in the sacking of club legend Frank Lampard who the head coach at the club and brought German international Thomas Tuchel who has been instrumental for the London side. 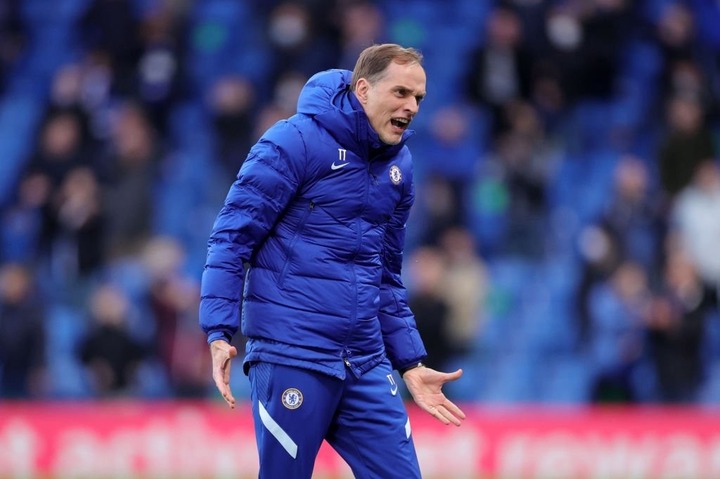 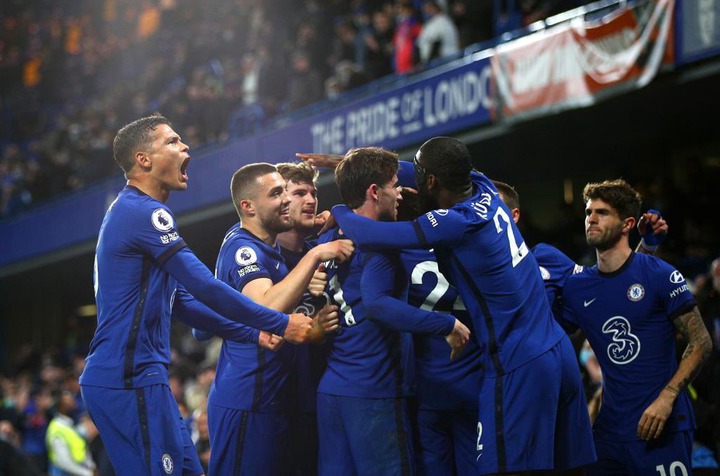 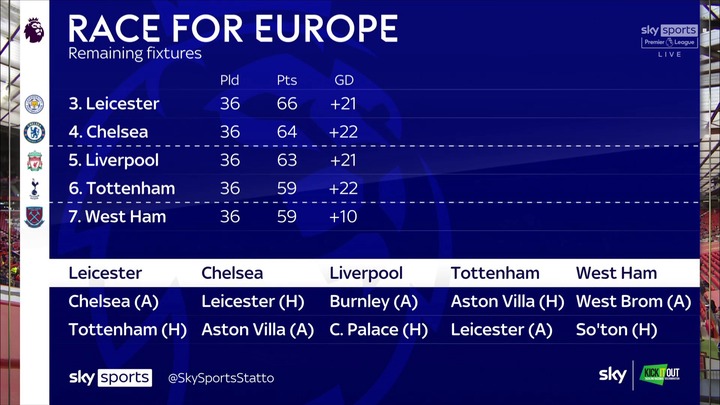 The top four race has been tight in recent weeks and Chelsea could be at a high risk of not qualifying for the Champions League next season if they won’t win their last match of the season. Chelsea is on 67 points, Leicester at 66 while Liverpool is on 63 points but have played a game less.

The Reds will play tonight against Burnley and if they win, they will go fourth a point behind Chelsea. If Leicester and Liverpool win their last match league match of the season and Chelsea get a loss or draw, they could finish fifth and go to the Europa League which would be a big failure for Tuchel if he won’t win the UCL.