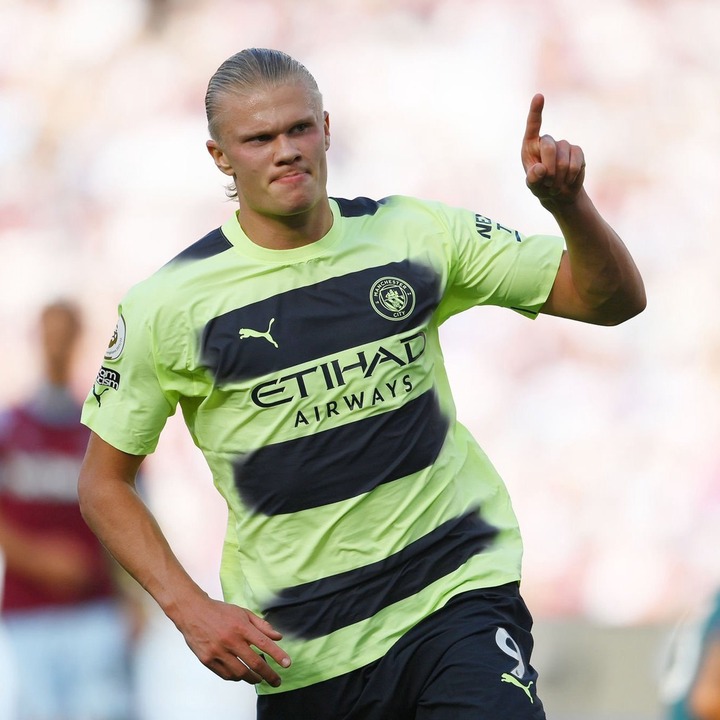 Manchester City summer signing Erling Haaland was on the score sheet as Pep Guardiola defeated London-based club West Ham Unite today. The Norwegian international scored two goals for the Citizens helping the side win their first match of the campaign.

Manchester City had a brilliant performance again David Moyes's men today and they proved they have what it takes to retain the Premier League title. The 22-year-old striker scored the first goal of the match in the 36th minute through the penalty spot after being fouled in the box. The team looked lethal with the former Borussia Dortmund striker as their target man and West Ham had no chance of coming back into the match. Pep Guardiola started a strong side as playing West Ham has never been easy for him.

Erling Haaland became the second player since Sergio Aguero to score two goals in his debut match. The striker scored the only two goals of the match and his new chapter at Etihad has already started brilliantly. 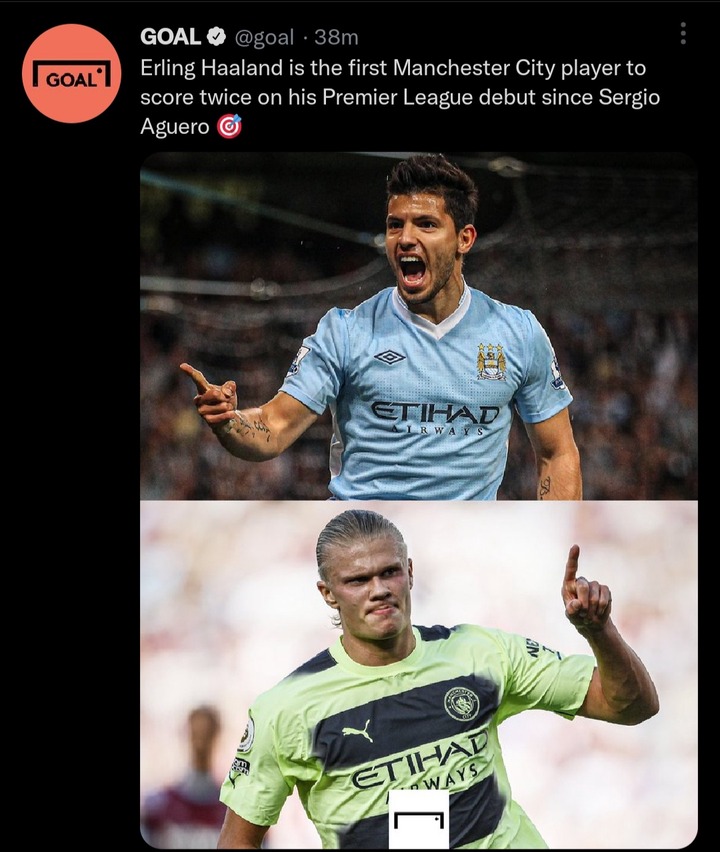 The Citizens are looking to win their third English Premier League trophy in a row which no team has ever achieved since Manchester United did it during Sir Alex Ferguson's era.

They are still the favorites to win the league with the kind of players they have and the same way they have been playing. Manchester City will do better this season and there are high chances they will be English Premier league champions again by the end of the season.