Well, Chelsea suffered their second defeat of the season as they lost 3-2 to West Ham United. The Blues were the first to score in the 24th minute through Thiago Silva. However, West Ham equalized after Lanzini scored from the spot kick. Mason Mount added Chelsea's second goal in the 44th minute. West Ham then equalized in the 56th minute through Bowen. Masauku then scored the winning goal for West Ham in the 86th minute. Well, West Ham manager has explained why Chelsea lost to West Ham. David Moyes is happy for the victory and the fact that his team scored three goals against a team that rarely concedes. According to the former Manchester United manager, West Ham won the game because they played better than Chelsea in the second half. 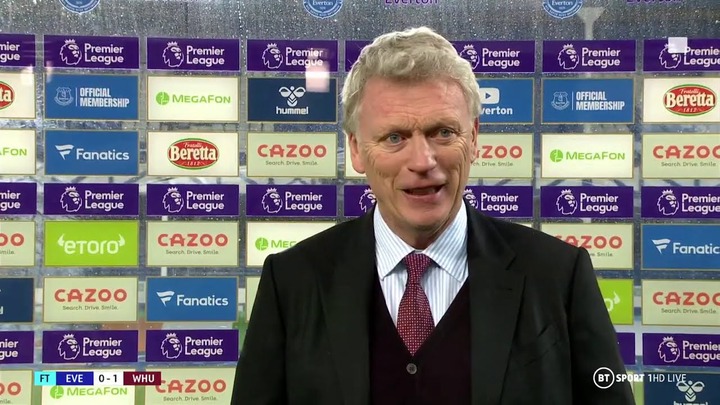 "Truthfully, I don't think we played better today. But I'm happy we got three goals against a team that rarely concedes.

6 Things You Should Never Forget Everytime You Pray To God

I don't want to called 'Mkunaji' again, Willy Paul says the name brings problems to him