By GerryTips.com (self meida writer) | 26 days

San Martín de Tucumán will want to continue from where they left off last time out with the 1-3 Primera B Nacional success vs Chacarita Juniors.

A recurring theme in recent San Martín de Tucumán games is seeing a zero in the scoreline.

From their previous 6 matches leading up to this one, in 5 of them a wager on BTTS would've been a loser.

After being defeated in their last game at the hands of Almirante Brown in Primera B Nacional competition, Nueva Chicago will be aiming to make amends here.

The stats don’t lie, and Nueva Chicago have been scored against in 5 of their last 6 games, seeing their opponents hit 8 goals overall. In defence, Nueva Chicago seem to have a bit of a soft underbelly. We will see whether or not that trend will be sustained here. 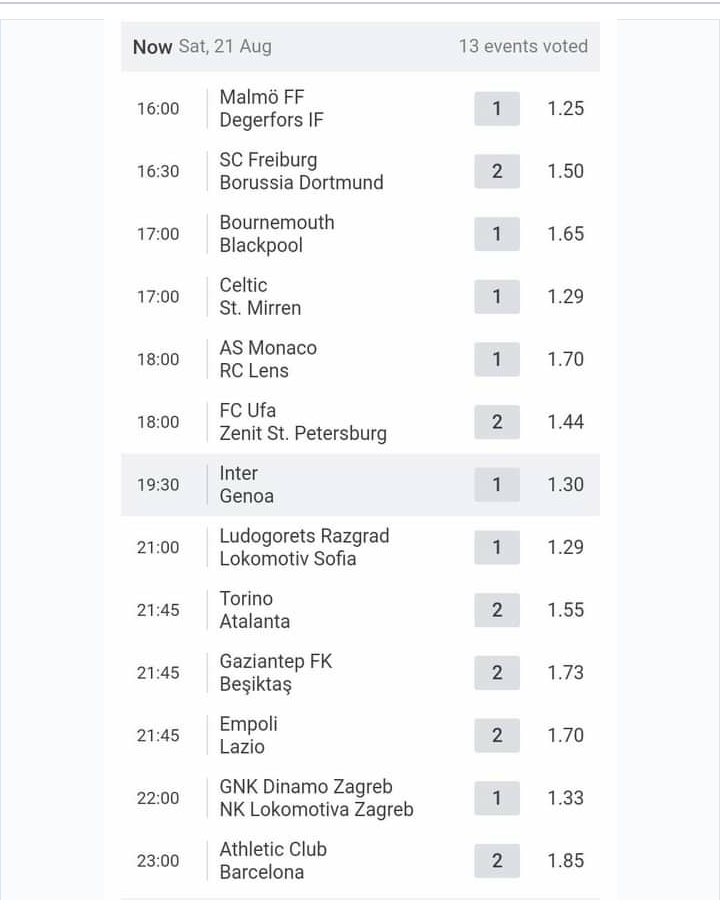 Belgrano will be hoping for a better result after the 1-0 Primera B Nacional loss in their previous game against Atlanta.

Their latest results shine a light on the fact that not much more can be done by the Belgrano defence. Belgrano have been stingy, resulting in the total number of goals that have flown into the back of their net over the course of their past 6 outings standing at 4. That kind of pattern might not be sustained into this game, however.

Since tasting defeat last time out to San Martín de Tucumán in Primera B Nacional competition, Chacarita Juniors will be aiming to make amends here.

Boca Juniors will be looking for a repeat result of a 1-3 Superliga victory over Platense.

Fewer than three goals per game were seen in 5 of the last 6 meetings where Boca Juniors have taken part. In terms of the goal split in this period, opposing sides scored an aggregate of 5 while Boca Juniors totted up 5. We will find out whether or not that trend can be sustained into this next match.

In their previous game, Racing Club drew 0-0 in the Superliga match with Central Córdoba.

In 5 of the previous 6 clashes involving Racing Club, a notably low volume of goals have gone in between them and their opposition. The overall average goals scored per game within that period works out to a meagre 1.5, with the number of goals averaged by La Academia being 1.33.

Heading into this contest, Racing Club have not lost to Boca Juniors in away games against them for the last 2 matches in the league.

Top 5 Major Phases Of Love For Any Successful Relationship