At the 38th minute, Salah scored the third goal and later on before halftime in the added minutes super Salah scored his second goal of the game. In the first half Liverpool were ahead with 4 goals. Later on after the halftime, Liverpool added the fifth goal through prolific and best player as per now Mohammed Salah which saw him score a hatrick during the match. 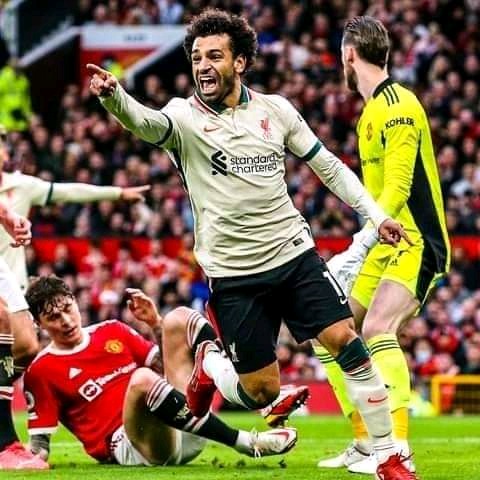 This results puts Liverpool second on the premier league table behind Chelsea with one point less.

During the second half, Paul Pogba was introduced into the game after replacing Mason Greenwood, a few minutes later he fauled Naby Keita and after VAR check up he was sent off after being given second yellow card after the incident. Naby got an injury that will make him be out for a while and this made him not to continue with the match till the last whistle as he was taken off the field.

Content created and supplied by: @Oby (via Opera News )