The Premier League returned to action on Saturday after taking a two week break. A total of seven games were played across England on Saturday.

Before we look at the table, let's see the results of the Saturday games. In the first match, Liverpool FC clobbered Claudio Ranieri's Watford 5-0 at Vicarage stadium. On the scoreboard were Roberto Firmino with a hat-trick, Moh Salah and Sadio Mane who scored his 100th premier league goal. 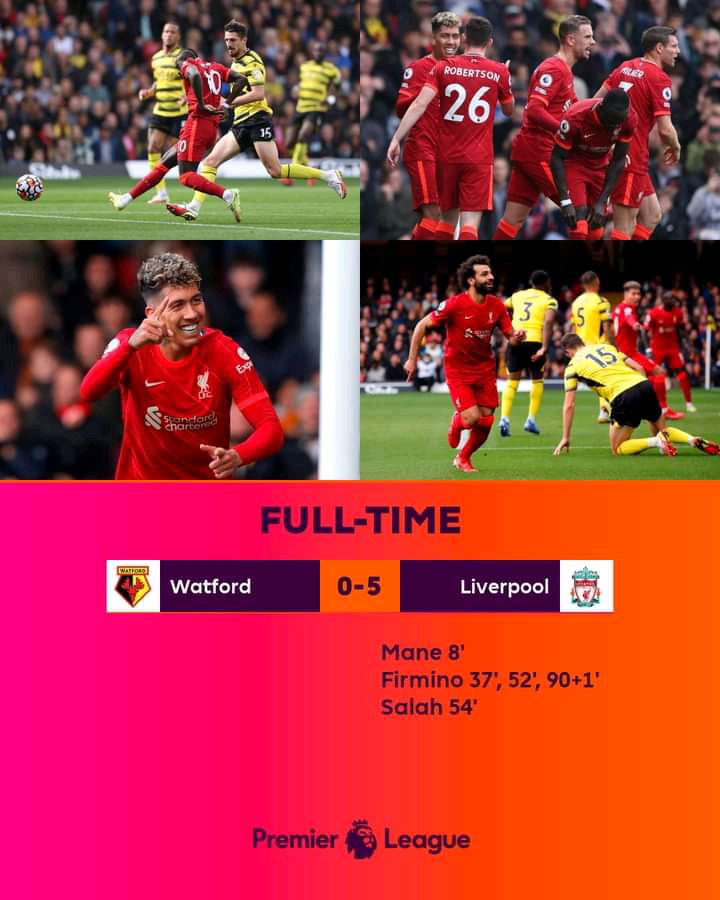 Manchester United's woes under Ole Gunnar Solskjær continued after Leicester City beat them 4-2 ending their 29 unbeaten away run. Youri Tielsman, Caglar Soyuncu, Jarmy Vardy and Daka scored for Leicester as Mason Greenwood and Marcus Rashford straight from injury scored for United.This has worsed the situation for Ole as majority of United fans are now calling for his sacking.

In other matches Wolverhampton came from two nil down to beat Aston Villa 3-2 at Villa Park. Norwich and Brighton and Hove Albion shared points in a goalless draw while Southampton got their first win of the season after edging past Leeds United 1-0. Manchester City easily beat Burnley 2-0 at Etihad Stadium with Bernardo Silva and Kevin de Bruyne on the score sheet.

On the last game of the day, Edouard Mendy was the hero for Chelsea as his incredible second half saves helped them take all the three points thanks to Ben Chilwell first half goal. 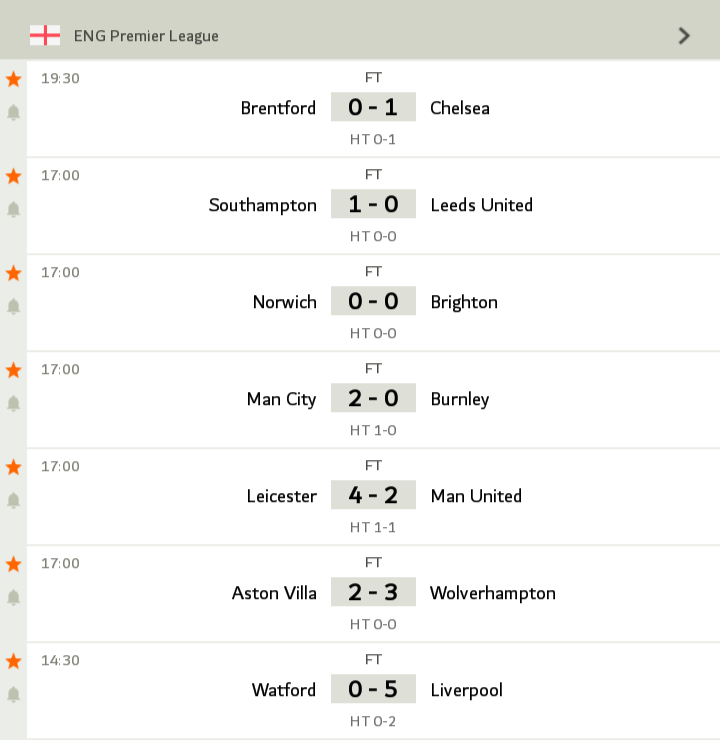 After the results, Chelsea now sit top of the table with 19 points after playing eight games. Liverpool who face Manchester United next are second with 18 points. Pep Gurdiola's Manchester City are third with 17 points and Brighton are up to fourth place with 15 points.

After losing to Leicester, Manchester United have now dropped to the fifth place and risk dropping to Seventh place after all games are played. 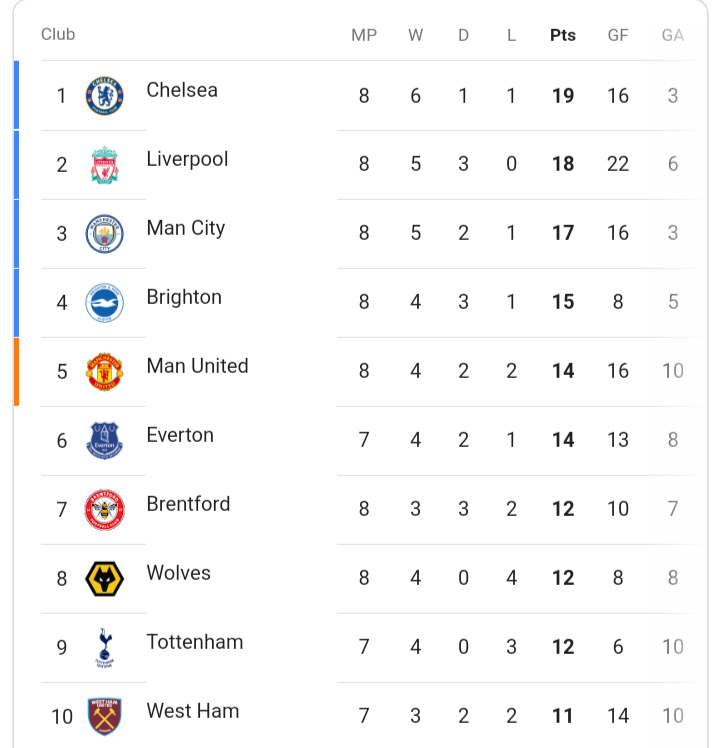 On the other half of the table, Leicester have moved to 11th position after their win. Norwich remain 20th with only two points in 8 games.