Our experts have selected the following 5 games from the EFL foday.

Luton continue to go well in the Championship and twice came from behind to draw 2-2 at Derby in midweek which extended their unbeaten run to four matches. Three successive clean sheets prior to that suggests the Hatters are playing well at both ends of the pitch and they can continue their fine form when Hull arrive at Kenilworth Road. 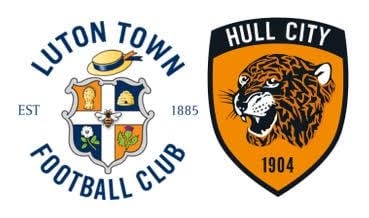 The Tigers are languishing in the relegation zone after two successive defeats and scoring goals continues to be an issue.

2)QPR to win at Peterborough.

QPR have one of the standout performers in the Championship in Ilias Chair, who made it four goals in as many games with his late winner against Blackburn on Tuesday. That was a third victory in four matches for Rangers, who have climbed to fifth in the table ahead of a run of four games all against bottom-half teams.

Peterborough beat fellow strugglers Hull 2-1 in midweek to move out of the bottom three but they have only picked up one point from six matches against top-half teams and their limitations can be exposed again here.

We drop into League One for the next of our football accumulator tips where pre-season title favourites Ipswich are gradually starting to make amends for a slow start. Tuesday night’s 4-0 win at Portsmouth was “as complete a performance as we’ve had all season”, according to manager Paul Cook, and the Tractor Boys have taken seven points from their last three matches.

Fleetwood’s 1-0 defeat at home to Burton in midweek left them just one place above the relegation zone.

Charlton were widely tipped to be promotion challengers this season but they have only managed two wins so far and sacked manager Nigel Adkins on Thursday. The 3-2 defeat at home to Accrington was a third loss in four games so the last thing the Addicks need now is a trip to the Stadium of Light.

Sunderland do not have fond memories of facing Charlton in play-off finals but they are sitting pretty in second place this season and should be too strong for the strugglers.

Another Nigel who may not be in his club’s plans soon is Mansfield boss Clough after an 11-match winless run which has seen them slip to 21st in the table. They produced a decent performance in a 1-1 draw with Port Vale on Tuesday but nothing is going Mansfield’s way at the moment, not helped by a long injury list.

Exeter remain unbeaten since the second week of the season and are the third highest scorers in the league.