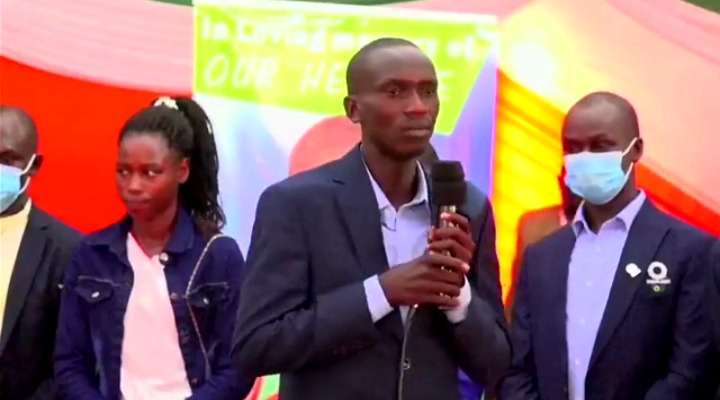 The athletes that had been touched by the young Agnes Tirop's demise travelled to Kapnyamisa village in Mosoriot, Nandi County where the funeral ceremony was being held to show their sympathy, solidarity with the family and pass their tributes to their late colleague.

Then as he eulogized the young athlete, Joshua Cheptegei condemned gender based violence (which caused Agnes Tirop's death) terming it as a one of the threats athletes across the world are facing.

He also passed tributes on behalf various leaders of Uganda among them being First Lady Janet Museveni, the Ugandan Minister for Sports and Education, the Ugandan State Minister and generally the people of Uganda.

On a serious note, the Cheptegei who revealed that he's been keenly following Kenyan politics hailed the Elgeyo Marakwet senator Kipchumba Murkomen for advocating for the rights of athletes in the country.

He subsequently called on leaders from the Rift Valley region or rather Kalenjin community to be defenders of the needs and rights of athletes since they've given their community and this country so much pride. 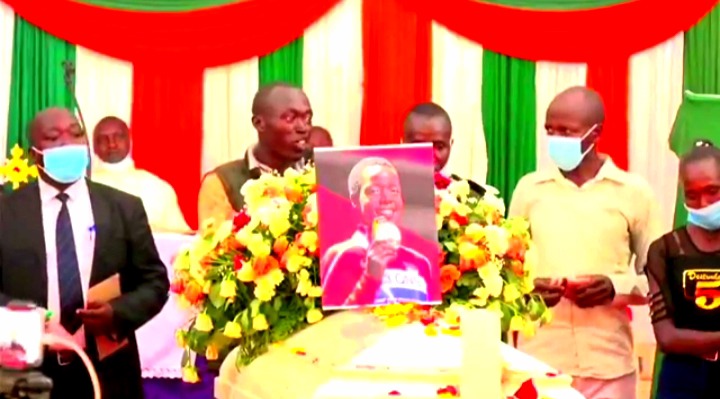 The athlete then revealed that he had carried something small for the bereaved family saying that "on behalf of my foundation, I've brought one hundred and fifty thousand shillings to the family of Agnes.

There's also an ongoing contribution by my fellow athletes and the money will be handed over once the contribution is over." 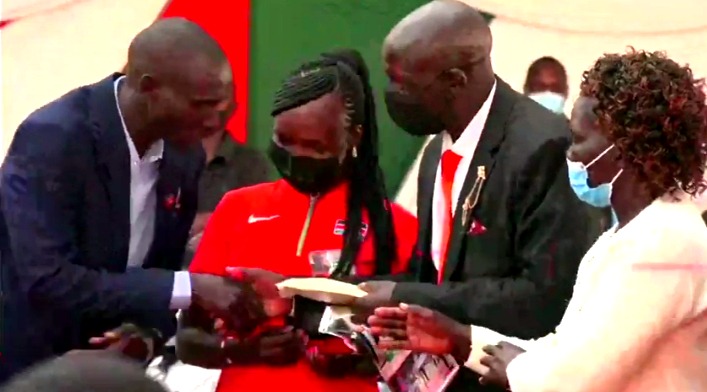 Before handing over the microphone back to the emcee of the event, Joshua Cheptegei called on members of the Kalenjin community to support their own son (William Ruto) in the Presidential race come next year.

"I urge you that you support your own. UDA is a party that you should all belong to," he said in conclusion sparking excitement from the crowd.

Watch Joshua Cheptegei speak at minute 28:00 of the video in the link below. 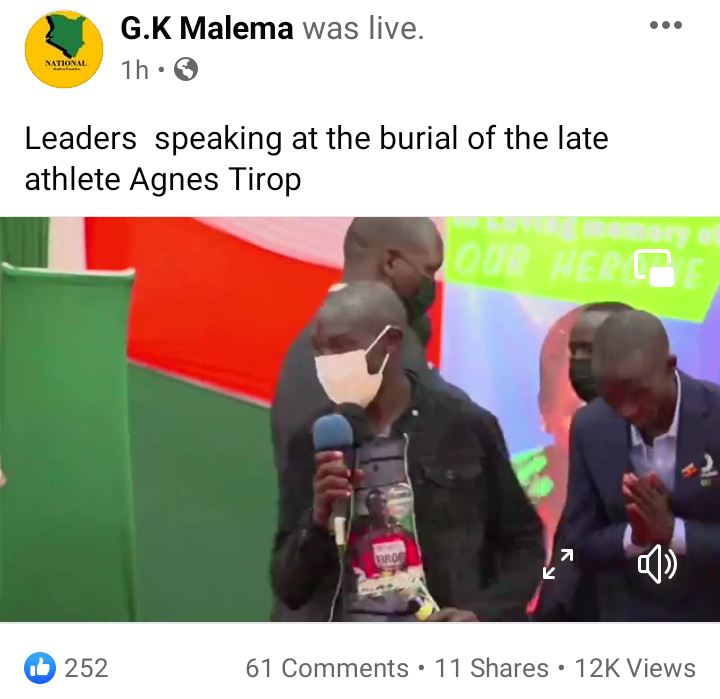