By EuropeanSoccerBullettings (self media writer) | 9 days ago

Timo Werner agent has been contacted by Newcastle United with the Chelsea star being the top target in their new project to build up the club after the Saudi-Lead takeover according to Daily Star Football Reports. Werner is targeted for a stunning Premier League switch after struggling to impress at Stamford Bridge where he has scored less than 15 goals in two seasons. Newcastle United are expected to splash Money this January Transfer window as the club are reportedly willing to pay £50 Million to land Timo Werner according to Mirror Football Reports. Werner is expected to start for Chelsea on Saturday Premier League clash against Brentford alongside Kante and James despite strong transfer links on Winter. 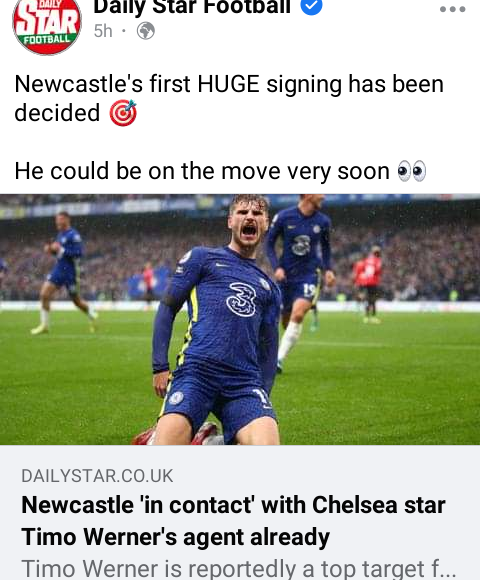 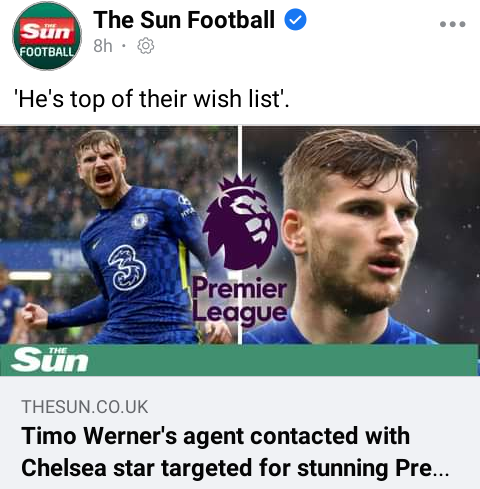 2: Antonio Rudiger Targeted By Bayern Munich With Frank Desperate For Chelsea To Keep Him

Chelsea could lose German defender Antonio Rudiger on a free transfer next summer following currrent hard stance on signing a new contract at Stamford Bridge. Rudiger reportedly want his wages to be doubled for him to sign a new deal unlike Andreas Christensen who has accepted to extend his Chelsea contract with significant pay rise. Bayern Munich Boss Naegelsmann gifted Rudiger with a glowing review on his defensive abilities both aeriel, foot clearances, blocking and physical qualities that have helped him become one of the best defenders in Premier League. Former Chelsea legend Frank Lebouef is desperate for Chelsea to keep Rudiger due to his amazing defensive skills. 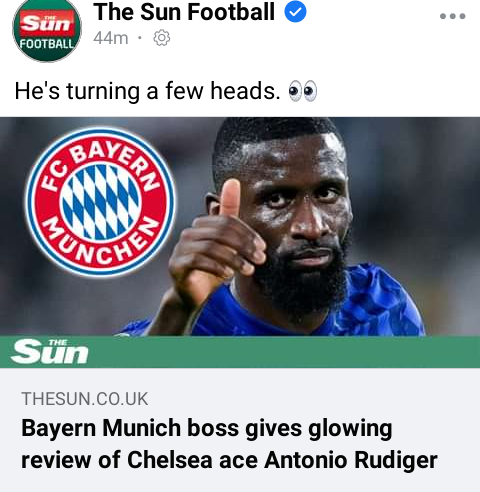 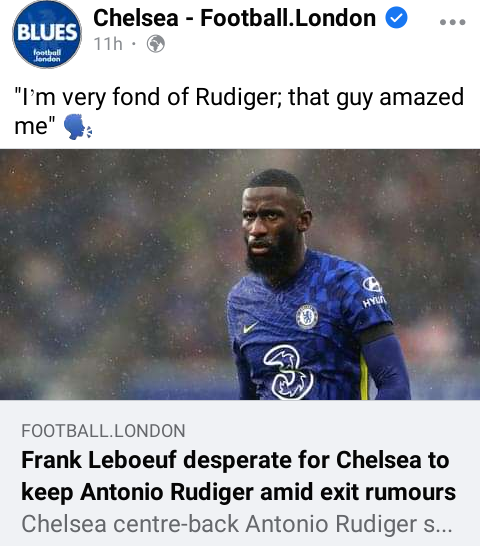 Chelsea top summer target Christopher Nkunku has distanced himself from transfer talks linking him to Stamford Bridge stating that is very comfortable at RB Leipzig. Nkunku clearely stated that he has his own big goals and are only realistic if achieved with RB Leipzig and still has a contract until June 2024. Chelsea have been deal with a big transfer blow as their Premier League rivals Manchester United joined the race to sign Monaco Wonderkid Aurilien Tchouameni next January Transfer window. Tchouameni has impressed for both Monaco and France national team where he recently won the UEFA Nations League trophy and currently valued at £45 Million according to Football London Reports. 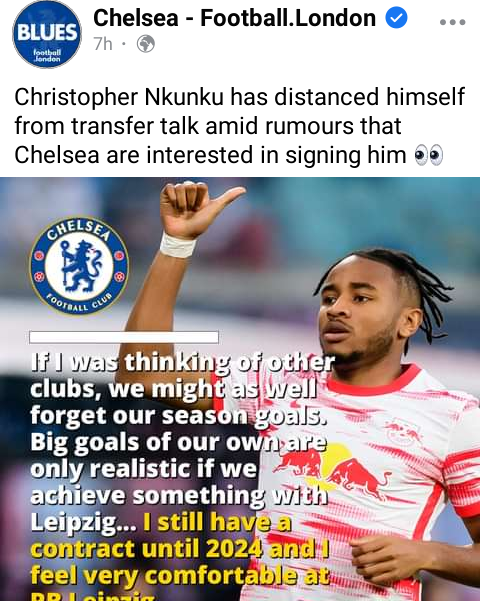 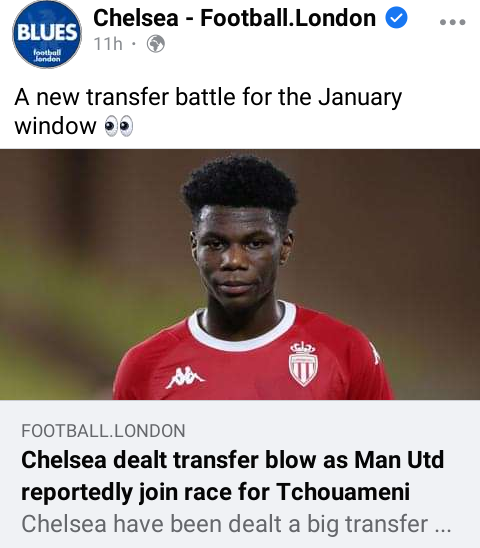