By Cliffordke (self meida writer) | 1 months 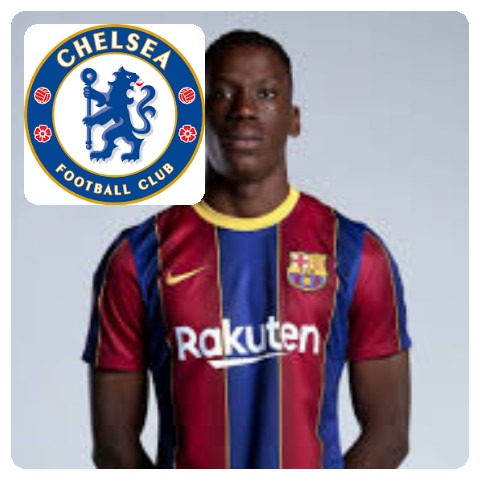 Chelsea have made an offer to sign Barcelona wonderkid Ilaix Moriba but face competition from Manchester City.Chelsea could be willing to pay €20M for Ilaix Moriba – Leipzig are not ready to pay that much and Man City want him for free. Barca are adamant that he'll spend this summer in the stands if he doesn't renew.

Manchester City are reportedly plotting a Bosman move to sign Ilaix Moriba from Barcelona on a free transfer in the summer of 2022.

According to a report by Spanish publication Mundo Deportivo, Manchester City are battling Chelsea and RB Leipzig in the race to sign Ilaix Moriba from Barcelona. However, the Premier League champions will only make their move for the 18-year-old in next summer’s transfer window, hoping to sign him on a Bosman move.

Moriba has seen his career at Barcelona practically end just as quickly as it had begun. Having broken into the first-team setup last season, the teenage prodigy was hyped up to be a part of the long-term solution in midfield for the Blaugrana, having made quite an impression in his 18 appearances, wherein he chipped in with a goal and three assists.

Raila To Meet Uhuru Allies Tommorow In A High Profile Meeting After Successful Tour Of The Mt. Kenya