By Sylvanokeyo (self meida writer) | 1 months

Rayo Vallecano is standing solidly at the sixth place of the Segunda Division B league table and will be hosting Mirandes today in the next round of this competition. Vallecano won the previous four of the five league games and has now joined the race to secure promotional spot to the Laliga competitions. Mirandes has dropped drastically in form and currently displaced at the mid-table in position eleventh. They only won a single match in the last five matches and may continue in the losing streak tonight against the decent opponent.

The premier league giant Manchester City is making a trip to play against Borussia Dortmund in the Champions league competitions tonight. These two teams met before at Etihad stadium and the Citizens secured a late narrow win over the German side. Manchester City has written their name in the premier league title and will look to seal promotional spot to the semi finals round. Dortmund requires at least two goals to nil to qualify to the next level. Expect an intriguing contest and possibly both teams to score. 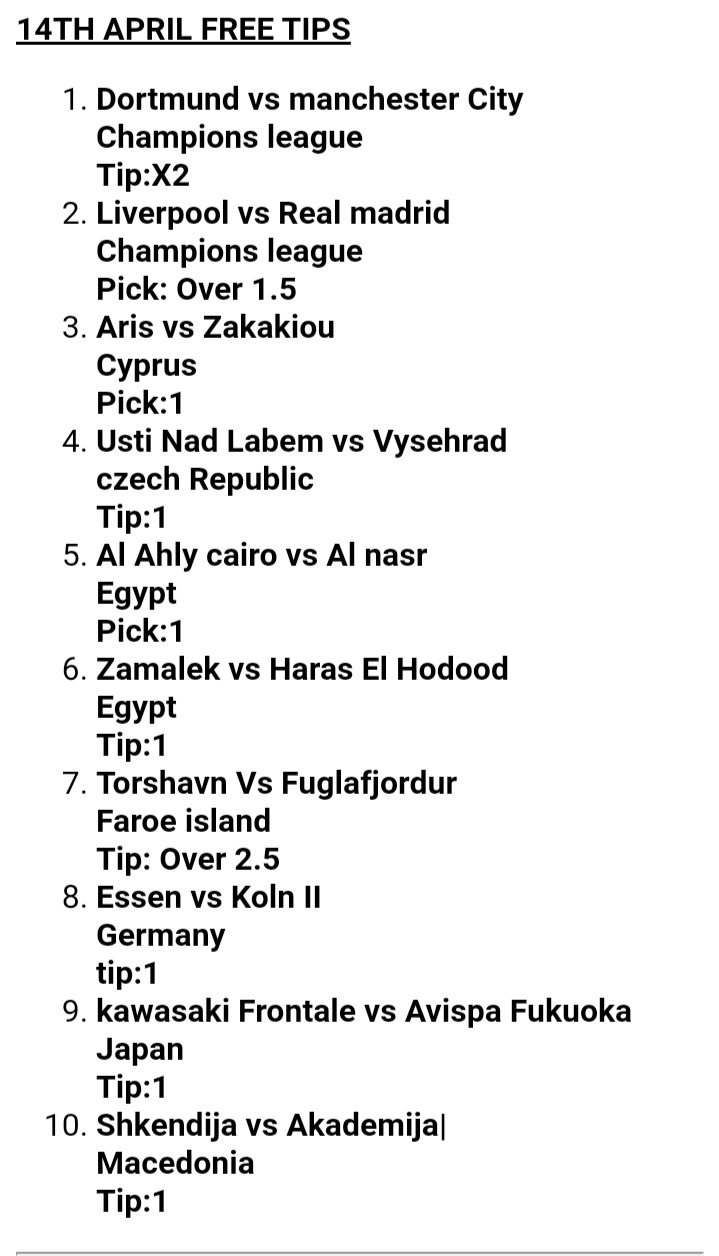 Chelsea and Leicester City Predicted Line up ahead of Today FA Finals at Wembley stadium.

"Drogba Has Always Been My Idol," Chelsea Star Says