In 2012 Barcelona had the perfect squad in the world with most of its players camping form its academy. This squad was very dangerous and most clubs were afraid of it.

The squad was made of;

He was the Barcelona and Spain goalkeeper in 2012. He was valued at € 18 million by then. Victor is currently 39 years old and a football former manager for UA Horta. 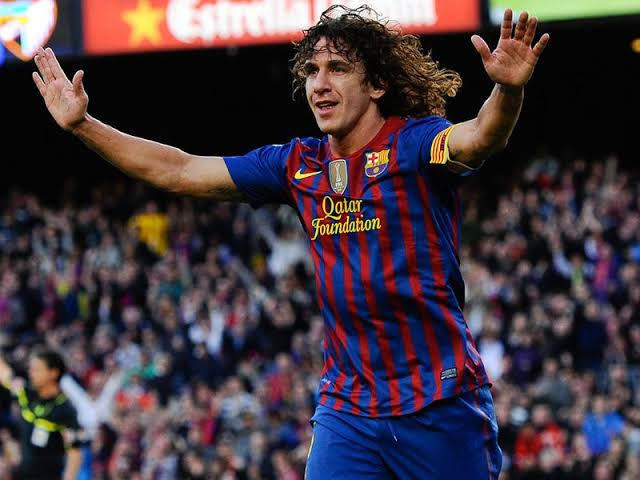 Puyol was the Barcelona former academy players who graduated and became the main squad centre back. He was valued at €6 million in 2012. He is 43 years currently and the Executive assistant for Barcelona.

He was the Barcelona right back in 2012. He was valued at €8 million. He is currently 30 years old and plays for Spain and Real Betis at a value of €2 million.

He is 33 years old and plays for Spain and Barcelona as a defensive midfielder. He is valued at €9 million. In 2012 he was valued at € 42 million. 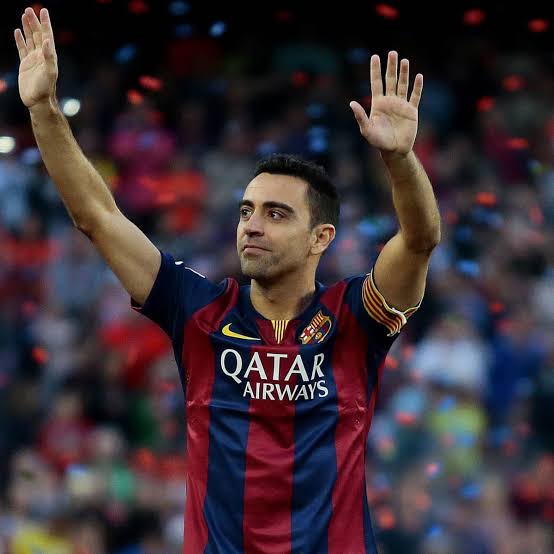 Farbregas played as a central midfielder for Barcelona in 2012. He was valued at €55 million by then. Currently he is 34 years old and playing for Spain and Monaco at a value of €5 million.

Xavi was the Barcelona's central midfielder in 2012. He was valued at €30 million. The 41 years old Xavi is the current manager of Barcelona.

In 2012 he played for Barcelona as a central midfielder or as a left winger. He was valued at 70 million. Currently he is 37 years old and playing for Bissell Kobe and is valued at €2.30 million.

Pedro played for Barcelona in 2012 as a right winger at a value of €28 million.

Messi played as a right winger or a centre forward for Barcelona and he was valued at €120 million. He currently plays for PSG and is valued at €80 million. 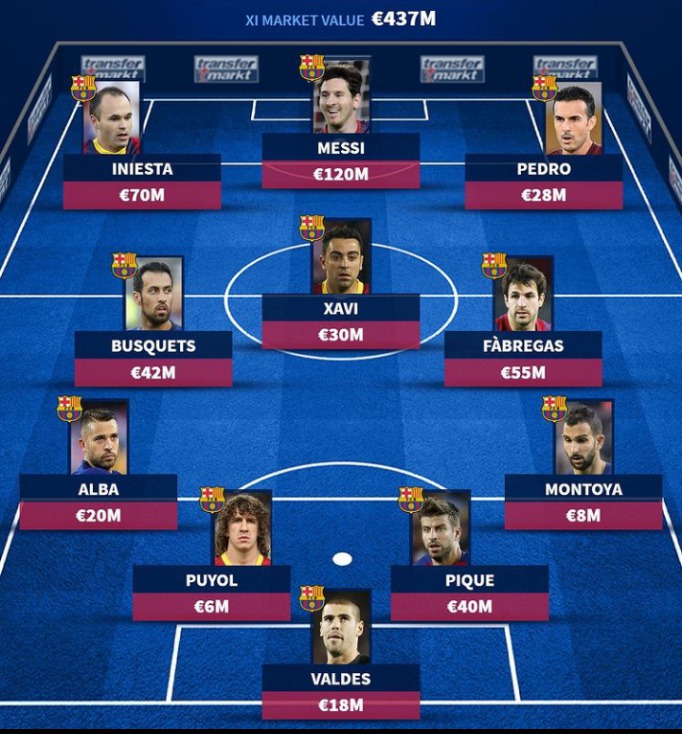