Spezia won’t want a repeat of their last result here following a 2-1 Serie A losing effort in their last game against Sampdoria.

Fixtures featuring Spezia have usually been engaging affairs recently with a lot of goalmouth action being the norm. Over their past 6 clashes alone, a grand total of 21 goals have gone in for both teams combined (at an average of 3.5 goals per game) with 8 of them accredited to Spezia.

Going into this contest, Spezia haven't won against Genoa in their last 3 matches in the league.

Following on from a losing effort in their last game against Torino in Serie A action, Genoa will be hoping to turn things around here.

Genoa have attacked well in the lead-up to this encounter, having scored 10 times in their last 6 matches. This doesn’t mask the fact that Genoa have had their own issues at the back, also conceding in 6 of those same matches. Such a trend won’t necessarily be continued into this next game, however.

Going into this contest, Genoa are without an away win for the past 3 league matches. 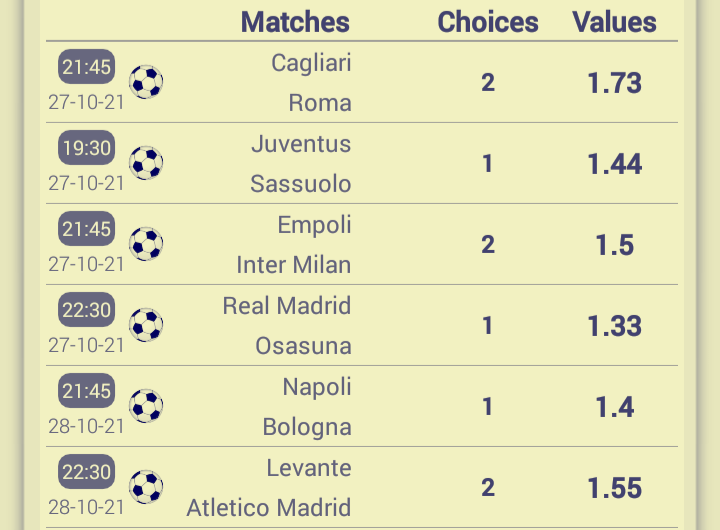 Venezia will be hoping to return to winning ways here following a 3-1 Serie A losing effort in their last game against Sassuolo.

In that match, Venezia managed 37% possession and 8 shots at goal with 3 on target. For Venezia, goals were scored by David Okereke (32') and Thomas Henry (50' Own goal). At the other end, Sassuolo got 14 shots at goal with 7 of them on target. Domenico Berardi (37') and Davide Frattesi (66') scored for Sassuolo.

It’s been a rare occasion in recent games where Venezia have kept a clean sheet. The facts show that Venezia have failed to prevent opponents from scoring in 5 of their previous 6 clashes, shipping 9 goals along the way.

After a loss in their previous game against Empoli in Serie A action, Salernitana will be hoping to turn things around here.

Heading into this contest, Salernitana haven’t won away from home in the past 4 league games.

AC Milan are hoping to win again after their last result, a 2-4 Serie A triumph vs Bologna.

It’s been all too rare in recent times that AC Milan have kept a clean sheet. It will be a concern for them that AC Milan have been scored against in 6 of their previous 6 matches, shipping 10 goals in the process. That kind of trend isn’t assured to be continued into this next game, of course.

Torino will come into the match following on from a 3-2 Serie A win with the defeat of Genoa in their most recent outing.

The stats tell the story, and Torino have been scored against in 5 of their last 6 games, with opponents netting 6 goals overall. Defensively, Torino certainly have room for improvement.

Coming into this clash, Torino haven’t won away from home in the past 2 league games.