Tough Fixtures That Await Manchester United After The International Break

Manchester United will be facing tough Fixtures both in premier and UCL just after the international break. It means that the next 6-8 weeks will really define Manchester United if they will win a silverware or not. Having already struggled recently against Aston Villa, Westham, and recently Everton, the pressure is on Ole Gunnar to deliver as he marks three years in United management.

With some doubting Solskjaer's capabilities-though he has delivered under intense pressure at some moments- the club still believes that he's the right man for the job.

Here are the next 10 fixtures for Manchester United. 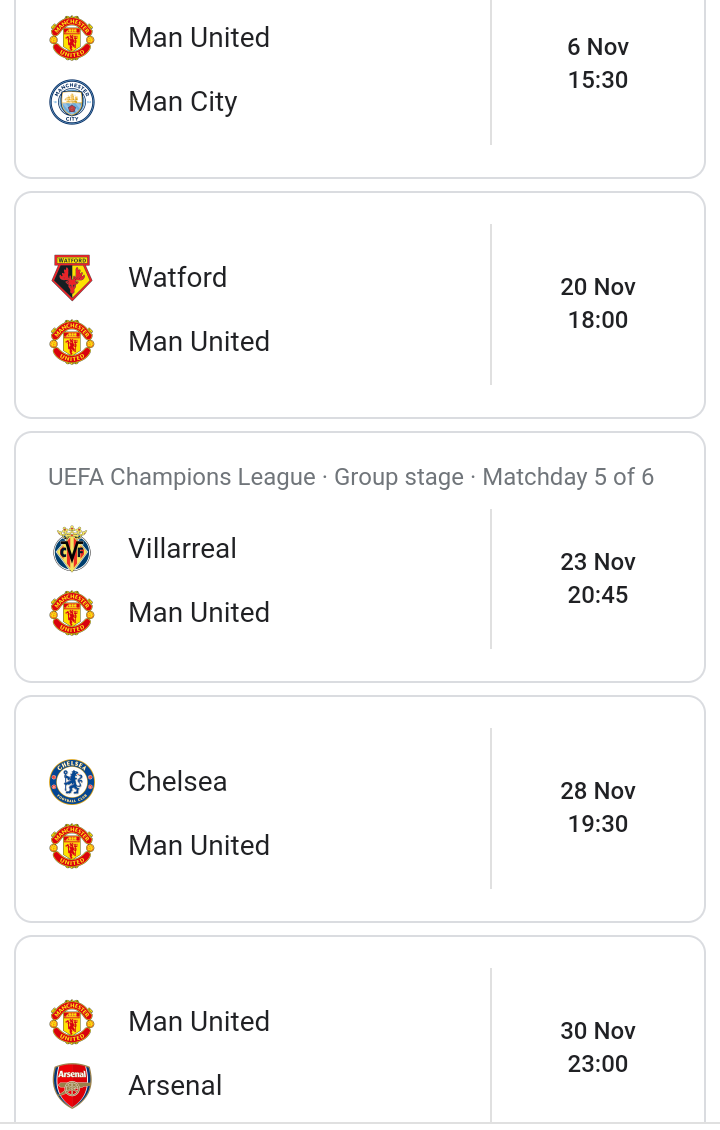 Manchester United haven't played against the top 6 teams this season in contrast to Manchester city who have played Chelsea, Arsenal, Liverpool, Tottenham and Leicester with the clash against the City rivals just on the horizon.

Ole Gunnar's men will travel to King power Stadium to face Brendan Roger's men next Saturday before welcoming Liverpool at Old Trafford a week after. However a match with Atalanta is sandwiched between the two premier fixtures which Ole Gunnar should toss his cards well to be relevant in the European title chase.

Tottenham and Manchester city will be other tough Fixtures to follow with also Atalanta clash in between.

Will Manchester United collect maximum points in the next 10 fixtures across all the competitions? Share with us your views on the same