Tuesday Super Predictions to Stake on

Legia Warsaw will play in this match coming off the back of a 1-1 UCL Qualifiers draw vs Dinamo Zagreb.

Legia Warsaw haven’t had any problems with scoring, netting in one hundred percent of their last 6 matches.

They have managed to rack up 8 during that time and have conceded a total of 5. Such a pattern might not follow through into this game, of course.

Damir Krznar's Dinamo Zagreb have turned their attacks into goals 11 times throughout their latest 6 matches. The number of goals that have been scored against them during the equivalent period adds up to 6. 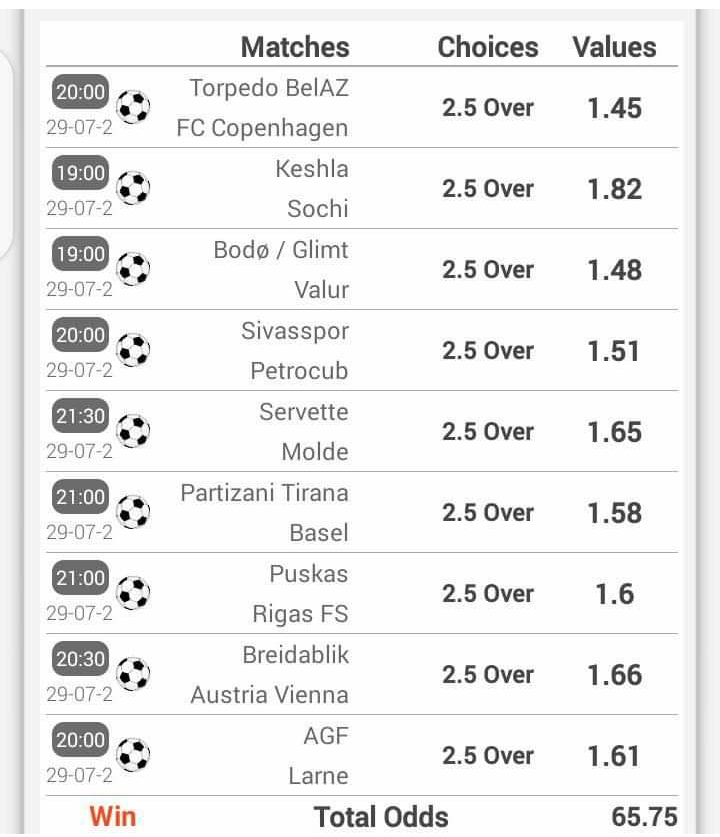 Rangers will be wanting a better result here after the 1-0 Premiership defeat in their last game at the hands of Dundee United.

At least three goals per game were recorded in 5 of the last 6 fixtures where Rangers have participated. Their opponents scored 4 of them in this period while Rangers totted up 15. Historical results aside, we will just have to wait and see if such a trend shall continue on in this next match.

Last time out, Malmö drew 0-0 in the Allsvenskan tie with Halmstads BK.

Benfica will be looking for another win after the 1-2 Primeira Liga victory versus Moreirense.

Benfica haven’t had any problems with scoring, netting in one hundred percent of their last 6 matches.

They’ve managed to rack up 15 during that time and have conceded a total of 7.

After a loss in their previous game against Nizhny Novgorod in Premier League action, Spartak Moscow will be aiming to make amends here.

The stats tell the story, and Spartak Moscow have been scored against in 5 of their last 6 games, letting opponents get 8 goals overall. In defence, Spartak Moscow have not been doing too well. Such a pattern might not follow through into this match, of course.