Ball boys who followed their dreams and became professional footballers

By Labancreatives (self meida writer) | 24 days

Every kid who is talented in football has his player whom they aspire to be like them. Most of ball boys which are used in big football games are driven by passion of football, they like to sit there as they watch their heroes play,they master the skills so as they become star players in future.

The current chelsea winger was once a ball boy while he was young. The young player was captured by the camera during the game between Manchester United and Chelsea, he was then 14 years old when the then Chelsea star Samuel Etoo, scored his third goal of his hatrick, he celebrated it with smiling Hudson. Donny was a ball boy at ajax where he grew his career to become a talented player. He is currently playing at Manchester United from Ajax. He met his heroes while at ajax as he watched the play, one of them is the current atletico Madrid top striker Luis Suarez. The current Manchester City star was seen in the background as a young boy, when stevan jovetic scored for Manchester city against Swansea. He has transpired to be Manchester city top scoring player. He is also in England national team. 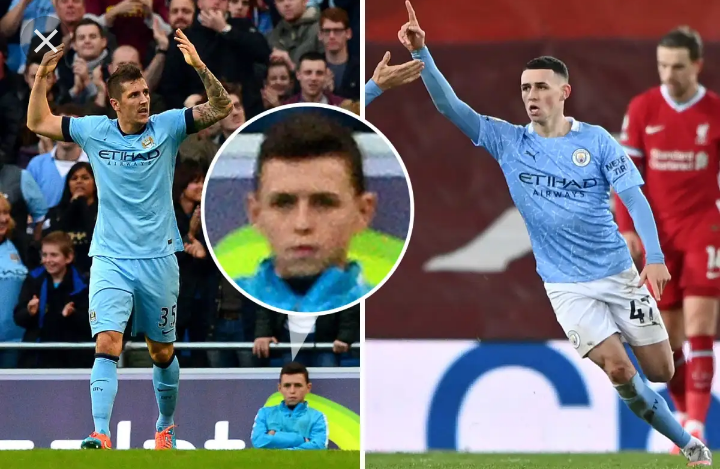 'Ole Gunnar At The Wheel' Summer Transfer Gets Busy As PSG Star Linked With Manchester United.