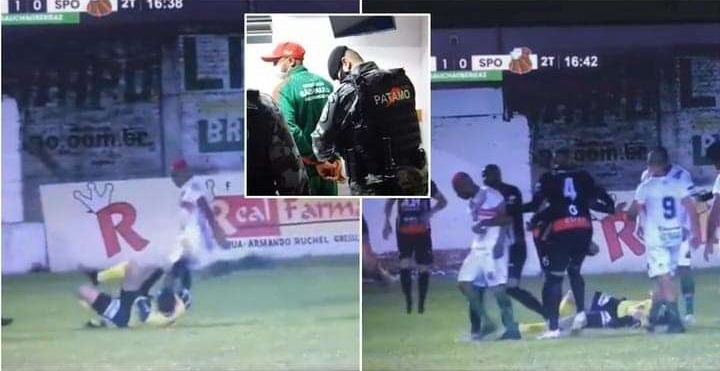 Football players across the world are supposed to follow rules set by FIFA and various Football associations to avoid some shocking scenes, but some players do show their ugly sides during matches.

A football match in the Brazilian league had to be suspended after a player went rogue, punched and kicked the match official leaving him unconscious. 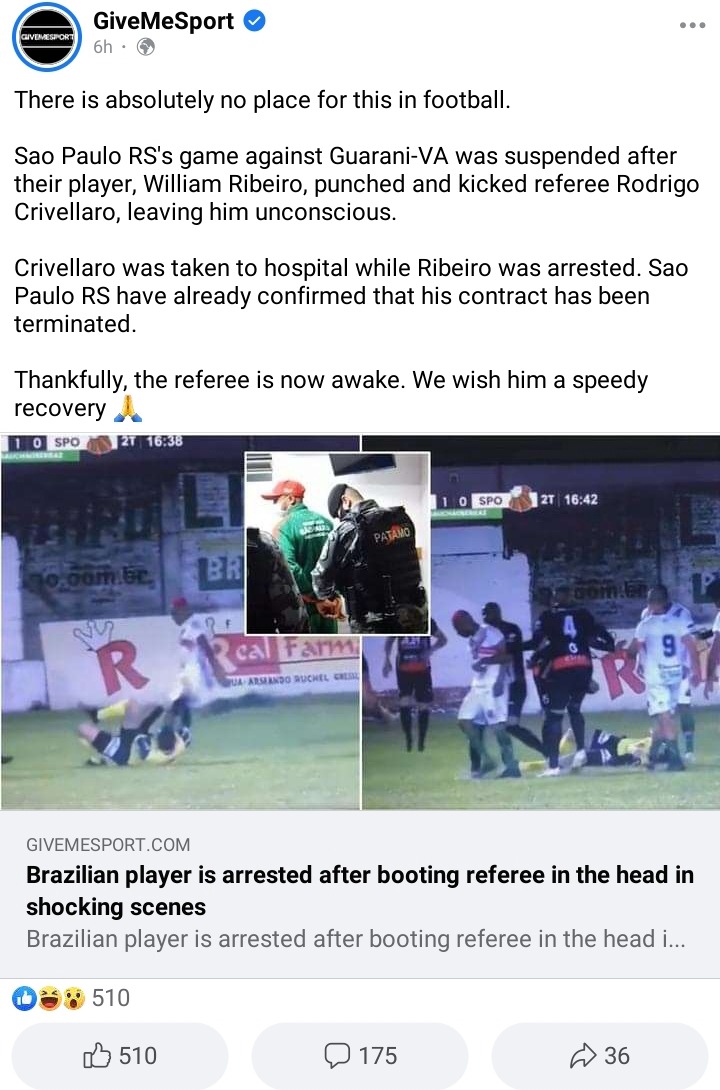 According to Daily Sports news reports, Sao Paulo RS match against Guarani-VA had to be halted after William Ribeiro went berserk as he hit referee Rodrigo Crivellaro.

The reports claim that the player was furious with the referee which made him punch and kick the match official leaving him unconscious and rushed to hospital.

The player was arrested immediately with his contract with the club terminated. Luckily, the referee regained consciousness and is recovering well in hospital.

This act has been condemned as the life of the referee was put at stake during the nasty incident.

Content created and supplied by: Franko (via Opera News )